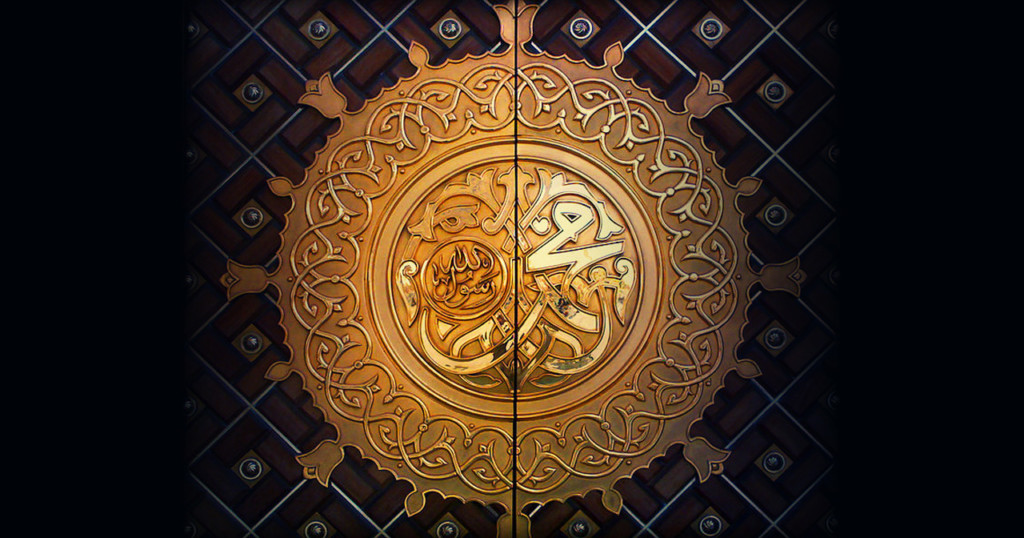 The Prophets were presented to me

This either happened in a dream or during the Night of al-Isrāʾ.[2] This indicates his superiority (sall Allāhu ʿalayhi wa sallam) over them because they were presented to him rather than the other way around. The Prophets are like his entourage and the entourage is presented to the master and not vice-versa. The meaning of the word Prophets here is general and encompasses the Messengers.[3]

I saw Moses (ʿalayhi al-Salām), he was lean and well-built and resembled the tribe of Shanūʿah

Ḍarb min al-rijāl: lean and not fleshy, of a fine build.[4]

Shanūʿah: a well-known Yemeni tribe known for being of moderate build, neither too thin nor too fat.[5]

Mūsā (ʿalayhi al-Salām) was of medium build without being fleshy, tall and (dark)[6] brown,[7] well built with lots of hair[8] that was curly.[9] Another narration describes him as being large (jasīm),[10] which is understood to be a reference to his height.[11]

I saw Jesus (ʿalayhi al-Salām) and the person I have seen who resembles him most is ʿUrwah b. Masʿūd

ʿUrwah b. Masʿūd (raḍiy Allāhu ʿanhu) accepted Islām in the ninth year of Hijrah after the Prophet (sall Allāhu ʿalayhi wa sallam) returned from Ṭāʾif. He returned to his people to call them to Islām, they refused however and he was killed while calling the adhān for prayer, or while calling them to Islām. Not much more is known of ʿUrwah so as to know how Jesus looked but Muslim has the ḥadīth describing Jesus (ʿalayhi al-Salām) as being “of medium build, red skinned as if he had just come out of a bath.”[12] Another ḥadīth mentions about him, “I saw a brown man, the best one can see amongst those of brown colour.”[13] Other ḥadīths describe him as having red-white skin with straight hair,[14] a lean and strong, well-proportioned build[15],[16] with a broad chest,[17] and keen eyes.[18]

The narrations concerning his skin colour can be reconciled by saying that he had a redness and a brownness, but neither was so dark as to be predominate, as such sometimes he was described as being red and other times as brown; or they can be reconciled by saying that he (sall Allāhu ʿalayhi wa sallam) saw him on two separate occasions in two different situations, his actual colour being brown and his being described as red on another occasion was due to some external factor, such as exertion or the likes.[19]

I saw Abraham (ʿalayhi al-Salām) and the person who resembles him most is your companion – i.e. himself

“i.e. himself,” are the words of Jābir or one of the other narrators of the ḥadīth. Another ḥadīth has, “I am the one who resembles Abraham the most amongst his children.” This resemblance was so strong that that every limb he looked at reminded him of himself.[20]

Jibrīl (ʿalayhi al-Salām) has been mentioned here, amongst the Prophets, because of his frequently mixing in their company since he was responsible for conveying revelation to them, “and the person who resembles him the most is Diḥyā,” one of the senior Companions. He did not attend Badr but attended all the ensuing battles and was one of those who gave the pledge of allegiance under the tree. Similitudes would be propounded of him because of his great beauty. The two Ṣaḥīḥs mention that on occasion Jibrīl would come to the Messenger of Allāh (sall Allāhu ʿalayhi wa sallam) in the form of Diḥyā.[21]

al-falaj: refers to a gap between the incisors and the molars and al-faraq refers to a gap between the incisors, here al-falaj is employed with the meaning of al-faraq as proven by the context, this was stated by Ibn al-Athīr. However in al-Ṣiḥāḥ it is mentioned that al-falaj is used to refer to both types of gaps and as such one no longer stands in need of saying that one word has been used in place of another.[26]

This was due to their extreme whiteness.[27] It could also mean something very white was seen that would glitter like light, this by way of a miracle for him (sall Allāhu ʿalayhi wa sallam),[28] however this ḥadīth is ḍaʿīf and miracles need to be established via authentic ḥadīth.

[16] Bukhārī #3395-3396, Muslim #266. Ar: jaʿd which in this context refers to the build of the body as opposed to having curly hair, and hence conforms to the description of him having straight hair. cf. Nawawī, Sharḥ Ṣaḥīḥ Muslim