The most memorable plane journey of my life 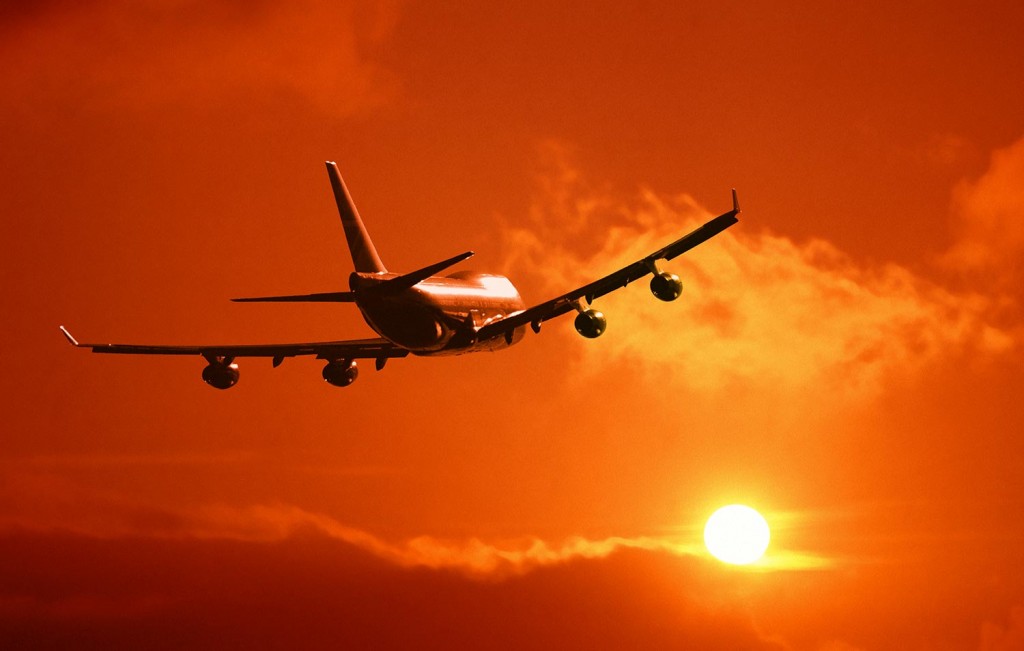 Recently I had one of the most interesting and most memorable flights of my life.

On my way to Malaga from Glasgow International Airport to meet Sh Abdullah Hakim Quick’s Islamic Spain Tour group, I was sat on my seat at the very back row of the plane.

A lady and her young 11-year-old son came and sat in the two seats next to me, the son taking the window seat, the lady in the middle and myself in the aisle seat. Her mother was also on the flight seated a few rows ahead.

We were grounded for a good 40 minutes, due to some traffic control issue and so I took the moment to catch up on WhatsApp messages with the Quran Revolution team who were setting up at IlmFest in London that day.

Whilst sat, plane parked, I received a message from the London team that unfortunately it seems that the car with all the QR booth gear in London had been broken into. It seems that the car was left unlocked and someone had ransacked the vehicle taking all the material, chocolates and resources the team had got ready for the booth that day!

I was shocked but wrote my reply to the group as ‘HasbiAllahu la ilaaha illaahu alayhi tawakaltu may Allah make the day easy for you all!’ I sent the message and continued going through my other pending messages.

The lady sat next to me asked if she could get out. Thinking she wanted the toilet I got up to let her out, and sat back down in my seat. A few moments later she returned and so I got up again and waited for her to take her seat. Only I looked at her face and she was in sheer panic, clearly flustered and did not get into the seat immediately.

I noticed the two (wonderful) airhostesses were stood behind her, also looking concerned. I smiled to them all and gestured towards the seat so that she could get in but she was hesitating. Then I heard one of the air hostesses say ‘You can take your seat ma’am’ to her.

But she stood there, with a look of fright on her face. I was confused. For a split second I though she had some health issue or something and she about to have a panic attack. At that moment she looked at me and said, ‘I saw you write a text message and you wrote Allah on it’.

My heart stopped. And I thought… Oh My God. But the word ‘Okaay’ came out of my mouth. She repeated herself and was looking like she was about to burst into tears. I do not remember exactly what I said at this point, but I think I said ‘It just means God in Arabic’.

The few people sat nearby could hear what was going on and whilst the four of us were stood up, one of the airhostesses said to her ‘We don’t have any other seats left on the flight’ and I could not believe what I was hearing.

This lady was actually scared to sit next to me on this flight and had gone to tell the staff that she saw me write the word ‘Allah’ on a text message and wanted to now change seats – and probably wanted me removed from the flight, too.

The thought of all the other incidents recently that had been circulated of other Muslim passengers being judged and removed and heckled came flooding into my head. And the thought, my biggest fear (other than missing my flight altogether!) was playing out in front of my eyes. A solo Muslim lady traveller and this is actually happening.

The hostess then added, directly to the lady, ‘But you are free to leave the flight if you wish’.

I have to admit, I felt a bit of relief that I was not the one being seen by them as ‘the issue’ here. They were saying she was free to leave if she had an issue.

But what was bothering me was the state this lady was getting herself into. She was literally shaking, breathing heavy and had gone flush in the face. She then got into the middle seat next to her son, still shaken up, and I took my seat next to her—telling her again, ‘It’s just an Arabic word that means God, you have nothing to worry about’.

The staff confirmed with her that she does not want to leave the flight, she shook her head hesitantly and then I turned to her wanting to calm her down without causing even more fear.

It took her a few more moments, looking me square in the eye, whilst I fumbled telling her how the message was written to send well wishes to my colleagues who had a theft that day. I quickly filled her in and told her that ‘I’m just a regular Muslim girl travelling, on my way to tour Spain, I was born and bred in Greater Manchester, England and you have nothing to worry about being sat next to me’.

After about 15mins of conversation I could feel her calming down and starting to accept what I was telling her. I rubbed her arm and told her I am not a threat to her. I told her I believe in God and so naturally my conversations often make reference to Him and in written form that is expressed with the word ‘Allah’. She went on to tell me she herself was a woman of religion too—Roman Catholic—and we continued our conversation about our faiths.

Before too long I could see remorse in her tone, I think she was shocked at her own reaction and the realisation of what she had thought of me was setting in. In her own words she said,

‘It’s so scary what the media can make us think…I just panicked.’

What I expected to be a quick three-hour flight where I could catch up on some sleep, turned into the most intense heart to heart I have ever had with a stranger. I defended my beliefs, I encouraged her to ask me any questions she had and I would try my best to answer them. From about 20 minutes into the conversation onwards, she kept repeating ‘I’m so sorry’, ‘I’m so sorry’.

We spoke more, and more and more. And in the words being exchanged between us I could see a change in her heart. She felt regret. Sincere regret.

We talked and we laughed and at some moments had tears in our eyes.

When I ordered a bottle of water she paid for it. And then perhaps in one of the sweetest moments ever, she pulled out a small bottle of perfume which she told me was her favourite one and particularly this bottle because it has a star on the lid. And stars are special to her, they inspire her and so she wanted me to have it.

About 2 hours into the conversation I was actually laughing at what had just happened between us. I wanted to understand the mind-set. I asked her, ‘So you saw me writing the word ‘Allah’ and what was the exact thought in your head?’ And she said, ‘I just thought what if this was like the last message you’re sending…’ I laughed, and with each laugh, she apologised.

And so I told her, we all make mistakes. We all do make mistakes. And whilst this very serious mistake of hers is literally what is making life difficult for the ordinary Muslim living in the world today—where there are some very tragic, uncalled for and utterly devastating outcomes for some as a result—today she got lucky with sitting next to the coolest girl ever, and so it’s okay.

And it was okay. I encouraged her to take the time to converse with other Muslims, to not believe the scaremongering of politicians and media outlets out there. We both understood the real impact it can have on two ordinary folks sat next to each other for a few hours on a flight to Spain. I asked her to think for herself and always with the lens of humanity.

On that day I had one of the most interesting and most memorable flights of my life. I made a friend called Beverley who made a mistake and acknowledged it. I met a lady who is deep down inside a wonderful human and showed me that the fear-mongering purposely and strategically carried out in this world by the powers-that-be today are very, very real and can make an ordinary person have the most shocking of reactions…but if we are blessed enough, Allah can easily turn them into the most amazing of life’s moments.

I know that day was special for us both and many lessons learnt on both sides. We hugged, exchanged numbers and will definitely keep in touch, God willing. I know not all similar situations are as peachy and ‘happily ever after’ for many, many Muslims in the world right now. But I have all the love in the world for Beverley and pray we can only bask in the beautiful moments shared that day.

Much love to her son and adorable mum too, who were oblivious to what had happened, but were simply the sweetest.

May Allah guide them all to enjoy the mercy of Islam.