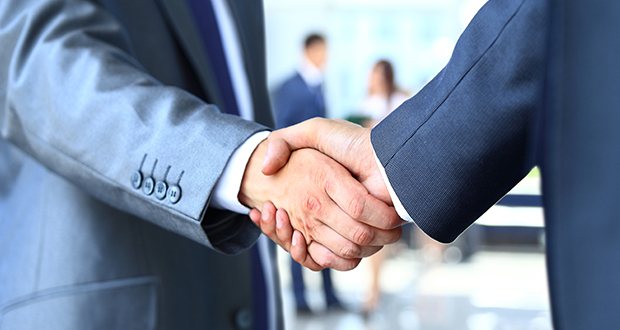 Today, as I walked into my prospective client’s office, I wondered to myself if my client—whom I respectfully refer to as Uncle—would remember today’s meeting.

Uncle owns an Asian takeaway-cum-restaurant situated in the town centre of a popular Muslim neighbourhood. He and I met on a number of occasions as part of regular meetings at a non-profit involved in helping the masjid and local community. Uncle would often provide the food at the meetings from his restaurant—completely free of charge, without any expectation for favour in return. Though Uncle knew of me, he did not know me personally.

So when I discovered that he was looking for help with the next phase of growth for his business, I decided to call him and organise a time to pay him a visit. I promised him I would take a look at his business and see what I could do to help. I ended my phone call with asking him to put the date and time of the meeting in his diary.

On my way to his office from the car park and as I tried to determine the actual office location, I navigated past overflowing rubbish bins, inconveniently parked cars and water-filled potholes. Thus far, such signs suggested he was unlikely to be waiting for me because these kind of signs were indicative of my experiences from before.

You see, based on past experience in working with many Muslim businesses, I fully expected him to either have completely forgotten about the meeting (having not diarised it), or to present some ‘legitimate excuse’ as to why today’s meeting needed to be re-scheduled for another time. I have gotten used to having my time wasted. If there is one thing many of us can agree on, it is that, some people (or maybe even cultures) do not value the sanctity of someone else’s time the way they should.

Alhamdulillāh I was pleasantly surprised to find Uncle ready and waiting for me. Uncle was dressed in a black shalwar kameez, with a formal Blazer on top. Unusual business attire, but for him it seems to work. As I sat down to begin discussing Uncle’s business, I congratulated him on the success of his take-away franchise thus far.

Uncle has been running this franchise business for the last 12 years and alhamdullilāh has experienced business growth, year after year.

Though I am very well versed with what it takes to grow a business, since that is why clients hire me, I was keen to learn what ‘magic ingredient’ had been driving the growth of his business thus far. As we started to discuss the plans for business growth, Uncle took me through some of the plans he and his business partner had already been working on. I then prodded further to get a better understanding of the business. I was keen to learn about the kind of staff he employed and the training methods he used. Uncle told me that when he first started his business, each new employee—as part of their training regimen—would be trained to treat each customer not as a customer, but as a guest. He told me that the reason this policy was implemented was because of the importance Islām places on how guests should be treated.

It seemed I had discovered the ‘magic ingredient’ to the success of his business: using the sunnah to place barakah into the business. He then went on to tell me that each employee was told not to short-change customers. If the customer ordered 5 chicken wings, then they were to receive 5 chicken wings. The training regimen even went as far as suggesting that if by mistake the customer received 6 chicken wings, it was better the restaurant lost money, than lost barakah by short-changing the customer. After all, every employee had to answer to Allāh for their actions and Uncle said that he did not want to be held responsible on the Day of Judgement. SubhanAllāh, what an amazing ethos.

This kind of beautiful conduct reminds me of a previous client from earlier this year. When my consulting engagement finished, I sent my client an invoice for the remainder of payment. My client—a minicab firm owned by a Muslim brother—called me and presented me with three options for receiving payment.

“I can send you a bank transfer, but the payment will probably reach you tomorrow morning since we’re nearing the close of the day, or I have cash waiting on my table, you’re free to come and collect it today, or if you would prefer the money even sooner, then I can arrange for a taxi driver to bring the cash to you within the hour.”

I was incredibly touched by this brother’s commitment to pay me on time and speedily at that. Imagine that if such conduct was making me feel this way, then what are the possibilities of making non-Muslims feel this way?

It reminds me of the story of the lady who was looking to buy a Nutri Bullet juicer because her mother had cancer. When Cara Grace Duggan tried to buy the juicer from a classified listings sale, the gentleman selling the juicer learned of her mother’s condition so offered to send the Nutri Bullet to her free of charge. When she thanked him for the kind offer but politely refused out of courtesy, she then received a follow-up text message that confirmed the dispatch of a brand new Nutri-Bullet. [1]

The “kind man” placed an order for a brand new Nutri Bullet to arrive to Cara’s mother as soon as possible as he did not want her to have to wait. Cara Grace was so touched by the “huge act” of kindness, that she shared the story on Facebook, from there it went viral until it was finally covered in the national newspapers. There are no details on who the man was but I would not be surprised if it was a Muslim—not least because the transcript of the text messages made it clear that English was not his first language. But the reality is that on the whole, Muslims must be expected to have greater capacity and inclination to be so gracious and have such beauty in conduct in this way—after all we are taught by the best example sent to Mankind (sallAllāhu ‘alayhi wasallam).

If just one random act of kindness can have such a profound effect on so many people, then imagine, what multiple, purposeful acts of kindness in multiple parts of the world can have on nations as a whole.

The point is that there are so many Muslim businesses that are interacting with non-Muslims every single day. Every single day, there are hundreds of thousands of opportunities—if not millions—around the globe for us to show others what beauty of character really is. Better yet, the side effect of which is —especially in today’s world of increased competition and market saturation—that not only does it put barakah into our businesses but it also serves to grow them. In a world where the consumer has more and more choice, companies can no longer rely on mass distribution alone. Customers want better and better customer experiences.

Now is our chance to differentiate ourselves from other businesses with better customer experiences and what better training manual on gracious conduct than the interactions of our beloved Prophet (sallAllāhu ‘alayhi wasallam)?

By making a serious commitment to beauty of character in our businesses, we can show non-Muslims the real beauty of our religion.

If every Muslim business owner was to make a serious commitment to doing so, then in a very short time, through the side-effect of positive re-enforcement, non-Muslims would learn to associate Muslims with the beauty of the prophetic character, instead of the ‘ugly’ narratives that are pushed forward every day.

Khuram Malik is the Founder and Chief Strategist at Stratagem.io, a consultancy that helps businesses figure out how to get from ‘here’ to ‘there’. He is also the author of the upcoming book series, Billion Dollar Muslim: Spiritual Inspiration for the Muslim Entrepreneur.

Khuram Malik is the Founder and Chief Strategist at Stratagem.io, a consultancy that helps businesses figure out how to get from ‘here’ to ‘there’. He is also the author of the upcoming book series, Billion Dollar Muslim: Spiritual Inspiration for the Muslim Entrepreneur.