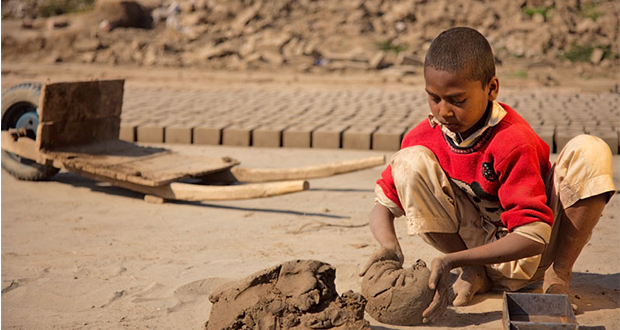 Social media has become a very important part in contemporary society with a massive 38 million active social media accounts for the 64.1 million UK population.[1] This increase of social media usage also means that people are in contact with alternative media sources and do not have to rely on traditional, “mainstream” media sources to keep up with the happenings of the world.

Facebook is the top active social network platform with 43% of the 59% of UK population that have social media accounts.[2] While Facebook is an accepted means of communication where social gatherings occurs, it is also a very good source of alternative media where more than 1,490 million people share many different non-covered news that are not deemed important by mainstream media.

One such group that offers alternative media on Facebook is called Humans of New York which is an arts/humanities website that has over 10 millions followers.[3] The main aim of this page is to tell the stories of the different inhabitants of New York with different backgrounds through portraits and interviews. While this seems to be a very much liked page amongst people where people get to know the stories of random strangers, this page has also recently managed to influence social media activism in a big way.

Humans of New York (HONY) travel to different countries each summer to tell the stories of individuals through their usual format of portraits and interviews. In the past month, HONY travelled to pakistan to tell the stories of Pakistan through its inhabitants. While each of the portraits depicted different stories like individual struggle or common problem, there was also an undeniable number of positive responses from swathes of people who were very much surprised by their own change of perspective concerning their views on Pakistan. This was a significant break of stereotypes that this Facebook page has acheieved, much like when HONY visited war-struck countries like Iraq and Palestine.

Throughout the month of August, we saw the happiest man in Pakistan, a newly wed couple waiting on their wedding guest, a healed daughter but also heart breaking stories like the man whose life is based on survival and nothing else and the woman that came out of an abusive relationship that contracted Hepatitis C and had nowhere to go. This heart wrenching story was shared more than 38,000 times on Facebook and attracted more than 20,000 comments mainly from people who desperately wanted to help this woman. Humans of New York located the women and put measures in place to help post.

The final story that prompted this whole article is the series of posts that Humans of New York put up of Syeda Ghulam Fatima who is known as the Harriet Tubman of Pakistan.[4] This astonishing lady is a Pakistani activist that is working very hard to eradicate bonded labour in Pakistan, a place where we hear of many social problems involving the poor and in particular the treatment of women.

Bonded labour is a very common problem in Pakistan where people that have problems sign up to working somewhere without knowing that they will have to work for the rest of their lives, with this ‘debt’ sometimes even being passed on to the their children. This modern day slavery was a crime that Syeda Ghulam Fatima has been trying to eradicate through a very small budget and scarce resources. She has been shot, electrocuted and beaten repeatedly for shining a light at this organised oppression.

Her activism is not very much appreciated from her current local politicians who even allegedly forbade her treatment when she was beaten and shot by assailants for her fight against bonded labour. In fact, she had to sell her own house to afford treatment at a private hospital, but the labourers that she is trying to help, came together to give 5 to 10 rupees each despite their poverty to help her, even lining up to donate their own blood.

This incredible case is one of many that are never portrayed by mainstream media, but has organically spread through the many social networks of alternative media by people with a shared humanity all over the world. This is a story that is showing a different side to the ‘terrorist, patriarchal and violent’ Pakistan we are eagerly shown by some quarters of the mainstream media.

It has been seen by more than 255,000 people and has raised over $2.3 million[5] to help the case of bonded labour in Pakistan. This story that has inspired hundreds of thousands will—if Allāh wills—make a difference to the lives of countless people in need and all I hope is that alternative media continues to share stories and problems like this that can be solved if we work together, so we can reduce these and other major societal ills and make the world that we live in a better place to bequeath to future generations.