You only live twice 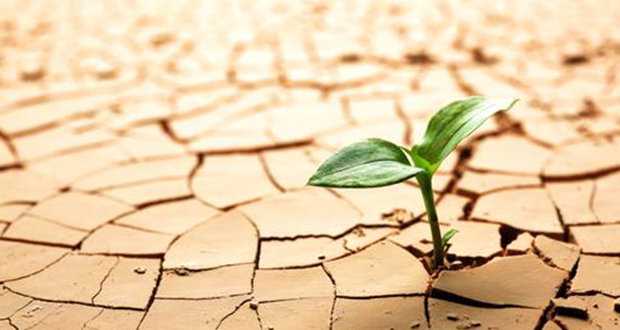 Part 5: We Bring Life to the Dead

The previous articles highlighted a depressing universal truth that most of mankind will refuse to submit their will to Allāh and disbelieve in His Messenger, who, it should be noted, articulated Islām in the most eloquent of words and carried himself with the highest degree of character and dignity. There are however exceptions to this trend – may Allāh make us from them: people who have certain hallmarks and qualities which were mentioned in the previous verse. These people have a yearning to “follow the Reminder” of Truth when it comes, and they have kept their “awe of the All-Merciful” alive in their hearts. These two key ingredients were explored and the relationship between them and salvation was expounded on in detail. The next verse moves to a seemingly different subject matter…

(12) We bring the dead to life and We record what they send ahead and their footprints. We have listed everything in a clear register.

The polytheists of Makkah denied and challenged the concept of resurrection: how could there be life after death? In clear terms, Allāh the Most High says, “We bring the dead to life.” ‘We’, from our supreme might, bring back the creation to life after its death, “and we record what they send ahead” of all of the deeds that they did in their lives,[1] good and evil, righteous and shameful. These words send a clear message to any who doubt in an Afterlife that not only does Allāh have the power to give life back to dead bodies but this resurrection will serve a monumental goal: an absolute accountability. This message is as relevant today in the 21st Century as it was in ancient Arabia. The Quraish would mock at the idea of humans coming back to life for an accounting and similarly in modern times is the idea of resurrection mocked at and used as a source of entertainment to make blockbuster movies themed around “the end of times”.

Along with their deeds, we record and register “their footprints”. This part of the verse was revealed regarding a group of the Ansar (Banu Salimah) who wanted to settle closer to the Masjid of the Prophet (sall Allāhu ʿalayhi wa sallam) so that they can attend the prayers more easily. Once this verse was revealed, it encouraged them to remain where they were, while seeking the extra reward for walking the longer distance to the Mosque.2 Each step was to be recorded for them.

Jabir (raḍiy Allāhu ʿanhu) reported that the tribe Banu Salimah wanted to move nearer to the mosque. On learning this, the Messenger of Allāh (sall Allāhu ʿalayhi wa sallam) said to them, “I heard that you intend to move nearer to the mosque.” They said, “That is so, O Messenger of Allāh, we do want to do that.” He said, “O Banu Salimah, keep to your homes, your steps [to the mosque] are recorded.”[2] As Ibn Abbas said, once they heard the response they stayed put (fa-thabbatoo)!7

“We have listed everything in a clear register”, all matters are recorded in Umm al-Kitāb, according to Mujāhid.2 which refers to that supreme book known as al-Lawh al-Mahfooz or the preserved tablet that is with Allāh. This is ‘Mubīn’, absolutely clear, clarifying the reality of everything recorded within it.2 People have been given an intuitive sense of justice and equity. In the absence of justice or fair trial, such as the newly penned Secret Court trials under anti-terror laws, campaigns are started to challenge the powers that result. True and absolute justice will be served on the Day of Judgment and no person will feel as though they are being wronged or that due process is not being followed. Everything we ever did, and every footstep we ever took will have been recorded in the Preserved Tablet; ready for the accounting.

In this single verse, there is reference to two books: the book known as al-Lawh al-Mahfooz and our individual book of deeds where everything we do as individuals is recorded.

As for the first book, we know that when Allāh created the Pen (Qalam) He then ordered it to write and so it inscribed all that which would occur until the Hour (al-Sāʿah), as is related in the Prophetic Narration of ʿUbādah b. al-Ṣāmit where he says: “Indeed the first thing that Allāh created was the Pen (al-Qalam) and so He said to it, ‘write’ and it replied, ‘My Lord, what shall I write?’ Allāh said, ‘Inscribe the foreordainment (Maqādīr) of all that will pass until the Hour (al-Sāʿah) is established.’”[3] With a slight variation in wording the narration is also recorded as: “When Allāh created the Pen He said to it, ‘write’ and so it inscribed all that will come to pass until the Hour is established.”[4]

The verse also tells us that Allāh will resurrect us and then recompense us based on our deeds, this is according to the contents of the second book that was alluded to in the verse. The word ‘Qadamū’ refers to our deeds whether good or bad that we did during our life. The word ‘Āthār’, according to some scholars, refers to the deeds we earn as a result of inspiring others to act through our conduct, after we have passed away, as is mentioned by Ibn ʿAtiyya. This shows us the all-encompassing nature of Allāh’s knowledge as the first word refers to what we did during our lives while the second refers to the impact we had on lives of others, whether good or bad. This is the ‘legacy’ we leave behind; our footsteps and fingerprints on this earth that continue to impact others even after we die, even if the wind blows away its remnants, it remains recorded with Allāh.[5] ‘All’ of this was recorded by Allāh even before our existence in al-Lawh al-Mahfooth and then again in our own book of deeds. These deeds have been written with knowledge, preserved and enumerated, as is indicated by the word ‘ahsaynāhu.’

“He is the One who produces for you fire out of the green tree,”[6] so out of wet and cold elements He creates dry and hot fire!

“When a man dies, his deeds come to an end except for three things: Sadaqah Jariyah (ceaseless charity); a knowledge which is beneficial, or a virtuous descendant who prays for him (for the deceased).”[7]

Up until this point Surat Ya Sin is essentially a warning to the Quraysh of Makkah not to disbelieve in the Prophet’s call about the coming of this Day of Resurrection. Now Sūrah Yā Sīn speaks to them from another angle about the same topic. Allāh relates a story to them which attracts them to listen, imagine, reflect and arrive at the same conclusions about resurrection and recompense, but by themselves. This is a more powerful, influential, and penetrating method of Da’wah. Find out in the next section of the series!

[2] Muslim on the authority of Jabir

[4] H. al-Tabarāni in his book al-Kabīr. Al-Haythami said about the narration: ‘Its narrators are trustworthy’.

[7] Saḥīḥ Muslim on the authority of Abū Hurairah