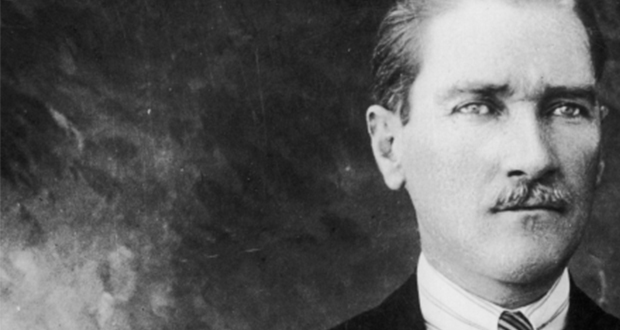 92 years have passed since the fall of the Ottoman Empire and the rise of Modern day Turkey. In a very short space of time Kamal Atatürk, the founding father of modern Turkey, was able to secularise an entire nation. Central to his policies was a drive to so-called ‘modernisation’ which would undermine centuries of historical and religious heritage and marginalise religious practices and communities.

We must ask ourselves:

Atatürk realised very quickly that it was children who would lead Secular Turkey in its prospective decades of change. He realised that in order to destroy the Ottoman Empire’s cultural and religious heritage and to bring about a lasting change, he must sever these emerging roots to religious exposure. And so he set about reforming the educational system.

In fact, Atatürk showed extreme interest in education. On July 16th, in his opening speech at the ‘National Educational Congress’ where he addressed approximately 250 teachers, he outlined the planned radical changes to the educational system, most notably making it free, secular and co-educational. This was combined with the introduction of a radical new syllabus devoid of Islam and the Arabic language and one which sought to instil patriotism and passive obedience.[1] [2] [3]

Some would argue that it was at this conference that Atatürk actually planted the seeds of secularism which would later establish their roots in the withered Ottoman Empire, sprouting with the isolated pride and patriotism that relegated Turkey’s positive influence over the region. Through education, Atatürk altered the mentality of an entire nation, enabling the wilful abandonment of old loyalties to Islam and the Ottoman Empire and confining their loyalties and concerns to the borders of modern day Turkey.[4]

The interdependence between reformation or, indeed, deformation of state and subject and education requires no evidence. But in a time when many who claim ‘progressive’ movements believe the only path to revolution is through relinquishing their own values and ideals, one should ask: is reform even possible without starting at the very grassroots level?

He (sall Allāhu ʿalayhi wa sallam) was the final Prophet and a mercy to mankind. He was commissioned with the task of global and eternal reformation. As such, he was a teacher of immeasurable excellence. He was unlettered, but humanity’s greatest and most insightful and influential tutor. Sent to a community heedless of its creator, adulterated by idol worship, tribal warfare, alcoholism and countless social ills and ideologically and militarily dominated by superpowers, in 23 years he graduated a cohort of the noblest saints and the mightiest warriors, and delivered the most objective religious, social and altruistic moral code known and adopted by man. It was the profound lessons which he imparted to those around him, through his speech and actions, which consequently nurtured the greatest of generations.

It was an inspired and inspiring curriculum, one that delivered honour to the desert dwellers of the pre-Islamic Arabian Peninsula after disgrace and empowerment after weakness. They would then leave the Arabian Peninsula and spread the message of Islam with vigour. In less than a century their intellect and sciences illuminated every corner of the globe. He (sall Allāhu ʿalayhi wa sallam) imparted eternal lessons and advice through everyday dealings and interactions with colourful variation, action, speech, questioning, analogies, stories, gestures and illustrative facial expressions.

His pristine mission fit concisely into 23 years, and yet, it was also gradual as he instructed Mu’aath (raḍiy Allāhu ʿanhu) to introduce Islam gradually to the People of Yemen.[5] It was direct as he warned the Quraishi tribes of the fire,[6] yet gentle as he counselled the Bedouin who obliviously urinated in the prayer place in the softest of words.[7] It was comprehensive as he addressed everything, even the etiquettes of visiting the restroom,[8] yet succinct as he advised: “Say I believe in Allah and then be steadfast.”[9]

His teachings were so empowering that it instructed Zaid b. Thaabit to learn the Hebrew language so as to translate on behalf of the Prophet (sall Allāhu ʿalayhi wa sallam) his correspondence from the Jews, who rushed to learn it in less than half a month[10] yet also so regulated that it held back Abi Tharr from his desire for leadership and refocused his goals to collecting oral traditions, a skill he used in amassing hundreds of Hadiths.

Teaching is the requisite to revolutionary change and is the hidden cornerstone to all moments of greatness in Islamic History. We know that Salahudīn al-Ayubi liberated Jerusalem from the stronghold of the crusaders in 1187 but we often forget he was the result of the educational Islamic Renaissance, credited to Iman Abū Ḥāmid al-Ghazālī. We know that Mohammad al Fatih shattered the walls of Constantinople, opening the Eastern Capital of the Roman Empire to Islam. But we often forget Shamsuddin, the scholar who inculcated the former’s heart to that remarkable end, and spurred him from a young age so much so that he strove to be the man referred to by the Prophet (sall Allāhu ʿalayhi wa sallam) as ‘blessed’ and who would conquer Constantinople. We know that the Murabitun (Almoravids), led by Yusuf b. Tashfin saved all of Islamic Spain from Alphonso VI through the great Battle of Zallaqa (Saqragas) 1086, but we forget that he was taught and nurtured in North Africa in the school of the prominent Maliki scholar, Abdullah b. Yasin. We know that Algeria paid a price of one million martyrs for its liberation from brutal French Colonisation. But we forget the developmental Islamic Reform Movement led by ‘Abd al-Hamid Ben Badis who ideologically spurred resistance to Algeria’s assimilation into France and cultivated the religious and historical distinctness of the Algerian Nation. Ben Badis attempted to purge Islam of innovated practices, reopened shunned scientific methodology and promoted the then deteriorating Arabic language through creating a network of independent schools in the 1920s. The pledge pupils recited daily at the reformist religious schools later became the motto of independent Algeria:

“Islam is our religion; Arabic is our language; Algeria is our fatherland.”[11]

‘Reform’ is not an isolated project but a consequential result of arduous teaching and nurturing. Separating the two and by forgoing or discounting the pivotal role teachers play in bringing about lasting change we become much like a hasty horse rider who exhausts his horse to death before reaching its destination.

Importance of Muslims going into teaching

We must learn from history. Whilst Atatürk was able to secularise an entire nation through the use of teachers and education, Abū Ḥāmid al-Ghazālī’s legacy was able to nurture the likes of Salahudīn al-Ayubi. We too must not discount the youth, for the prosperity of this Ummah lies in their development and success.

As a community, we need to invest heavily in the next generation of Muslims, the young teenage generation which, according to the ‘British Muslims in Numbers’, MCB report comprises 33% of Muslims in the UK. It is this segment of our society which will lead positive reform in 25 years’ time, guiding and directing our Ummah in the UK and abroad. Throwing money at such causes will not bring about any solutions. Rather, we need to invest our own time into developing the next generation of believers and flag-bearers of Islam.

In order to raise our youth upon Islam we need a generation of firm, principled, practising Muslim teachers. Teachers who are willing to look past the stigma and status associated with the job, knowing for certain that they are planting seeds of Iman and developing the leaders of tomorrow merely through their presence.

And if we cannot become teachers, then know that we are all teachers in some capacity, for we all have some involvement with the youth as parents, uncles or aunties. It is our collective duty to work within our own spheres of influence, each according to their utmost ability.

A teacher affects eternity; he can never tell where his influence stops – Henry Adams