To be or not to be: a 21st-century Rabbani 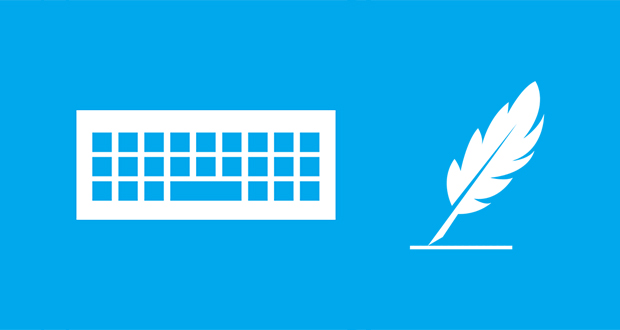 Be among the Rabbāniyīn: An explanation of verse 3:79 in the light of classical exegesis

“… Be you Rabbāniyūn (learned men of religion who practise what they know and teach others), because you are teaching the Book and studying it” [1]

“Indeed, the most worthy of Ibrāhīm among the people are those who followed him [in submission to Allāh] and this prophet, and those who believe [in his message]. And Allāh is the ally of the believers.” [2]

Instead of listening to the Prophet (sall Allāhu ‘alayhi wa sallam) and obeying him in word and deed, they opposed him and kindled hatred among the people against his mission. Their height of ignorance and arrogance can be gauged by the fact that they even tried to mislead the Prophet himself (sall Allāhu ‘alayhi wa sallam), as is stated in verse 69.

From verse 70 onwards, an open invitation is give to the People of the Book towards the path of Allāh. The Qur’ān clearly states that there are some among them who hearken to the True Message and are truthful. But the majority of them are misguided transgressors.

But their major crime was the alteration of divinely revealed scriptures. They altered them so as to sell it for a miserable price. We are no strangers to people trying to alter divine scripture today. Many people who dislike Islām have realised that they will never be able to alter the physical text of the Qur’ān, because it is impossible. However, although it is likewise impossible to alter the intended meanings of the Qur’an, which also enjoy a divine preservation until the establishment of the Hour, they attempt to alter it by twisting its meanings and ‘reform’ Islām.

In order to justify their wrong doings, those who twisted the scripture in the time of the Messenger of Allāh (sall Allāhu ‘alayhi wa sallam) accused him of inviting people to worship him rather than Allāh. Likewise, today the overwhelming majority of those who speak against Islām do so with lies, fabrications and carefully crafted misrepresentations and mistranslations, similarly in order to justify their desire to change Islām [3]. Muslims are then expected to spend time correcting lies, refuting misconceptions and complain about defamation, perhaps with the hope that it will hinder us from calling people to the clear, pristine and manifestly coherent teachings of Islām which by their essence draw people towards it. Verse 79 was revealed in response to the above accusation that the Prophet (sall Allāhu ‘alayhi wa sallam) was calling people to worship him, what can we learn from this?

Ibn Kathīr says that the Jewish and Christian scholars of Najrān accused the Messenger of Allāh (sall Allāhu ‘alayhi wa sallam) of calling people to worship him rather than Allāh. This verse was revealed in reply to that accusation:

“It is not (possible) for any human being to whom Allāh has given the Book and Al-Hukm (the knowledge and understanding of the laws of religion) and Prophethood to say to the people: “Be my worshippers rather than Allāh’s.” On the contrary (he would say): Be you Rabbāniyūn (learned men of religion who practise what they know and teach others), because you are teaching the Book and studying it.” [4]

Notice the clear, simple logic in this refutation, not a defensive, apologetic defense but a simple, straighforward rebuttal that anyone with a sound intellect would accept. It is beyond the imagination of a sane person that the Messengers and the Prophets of Allāh, who are on a mission of calling people towards the Tawhīd of Allāh and prohibiting shirk, will command people to worship them instead of Allāh. They have been given a Law which they themselves have to abide by and the first statement of the Law is: None has the right to be worshipped except Allāh.

In fact, the Messengers in general and Muhammad (sall Allāhu ‘alayhi wa sallam) in particular invited people to be Rabbāniyūn.

The following is the sum and substance of what famous Mufassirūn like Imām Ibn Jarīr al-Tabari, Imām Qurtubi, Imām Ibn Kathīr, Ibn ‘Ashūr, Sheikh Sa’dī, Sheikh Tantāwi and Imām Baghawī, may Allāh have mercy on them all, have written in their respective commentaries of āyah 3:79.

The word Rabbāniyūn is the plural of Rabbānī. This is that a person attributes himself to al-Rabb, the Lord and Master – Allāh (subhānahu wa ta’ālā). The ascription to something further specifies (the actions of) the one who ascribes. The meaning is that you be sincere in worship to Allāh and no one else. The word Rabbānī is ascription to al-Rabb, for example a man who is carrying out the work of al-Rabb, the Lord and Master of the whole universe. It is someone on a mission to invite people towards the path of his Rabb. [5]

It is one who purifies his intention for Allāh in His worship and has conviction that He is ever watching him in what he says or does. It is one who is conscious of Allāh at all times and has acquired useful knowledge and has acted upon it.  He has busied his life with imparting useful knowledge in public and to guide them to a path that benefits them (in this world and the hereafter). [6]

Imām Rāzī says: ‘This āyah establishes that seeking knowledge, learning it and teaching (it to others) is necessary for a person to be a Rabbānī. One who doesn’t preoccupy himself for these things has wasted his energy and deeds. His example is that of the one who has planted a beautiful tree, giving a pleasant look, but bears no fruit. That is why the Messenger of Allāh (sall Allāhu ‘alayhi wa sallam) would say: We seek refuge in Allāh from disadvantageous knowledge and a heedless heart.’ [7]

It is said that the Rabbānī is one who educates people to understand basic knowledge before advanced knowledge. (Teaches people minor issues first and then major issues). Atā said: They are Scholars, Leaders, Advisers to people with sincerity towards Allāh.

It is said that Rabbāniyūn are above al-Ahbār (religious scholars). Al-Ahbār are only scholars while are Rabbāniyūn are scholars along with an insight (to understand) people’s affairs. [8]

Ibn Mas’ūd radiy Allāhu ‘anhu said: They (Rabbāniyūn) are Leaders and Scholars. Ibn Jubair said: (They are) righteous Leaders. Dahāk said: No one should leave the effort of memorising the Qur’an for Allāh says: Be among the Rabbāniyūn.

The Rabbānī is one who combines political insight with discerning knowledge. This word is taken from Arab usage: He cultured (Rabba) people’s affairs when he sets straight their matters. So he is called Rāb and due to the frequent usage of the word he is termed as Rabbānī. Muahmmad b. Hanifiya said the day Ibn Abbās radiy Allāhu ‘anhuma died: Today the Rabbānī of this Ummah died. [9]

The Rabbānī is a scholar with (proper) understanding and wisdom – among the revivers (of this ummah). He settles people’s affairs by teaching good and inviting them towards that benefits them. Furthermore, he is wise, conscious of Allāh. He is a ruler, who rules justly like upright rulers, settling the affairs and improving public life by bringing integrity in their present and future times and benefiting them in terms of their religion and worldly life. All these attributes and good qualities are entitled to be listed in the saying of Allāh: “Be you Rabbāniyūn.” [10]

The Rabbānī: He is an epitome of knowledge, possesses right understanding, has a political insight, plans proper management and implementation regarding the affairs of citizens, irrespective of their worldly or religious affairs.

The meaning of the statemen, “because you are teaching the Book and studying it,” is people, be the masters of the people and their leaders in religious and worldly affairs. (This will be done by) al-Rabbāniyūn by teaching them the Book of Allāh and what it contains regarding halāl and harām, obligations and instructions. Al-Rabbāniyūn encapsulate the meanings of the matters of their religion by reciting and educating them the scripture. [11]

One thing that is clear from the above explanations is that Islām calls for people who are truly devoted servants to their Lord and Master, to be well-rounded individuals. Not only should we be utterly devoted to Allāh in conventional types of worship, but in seeking knowledge, teaching, propagating the truth, being leaders, activists and making a change wherever we are. This notion is widely known and distinct from other religions’ notions of the ‘holy’ men and women who are characterised by seclusion, devotion, monasticism and so forth.

We are in a time where many Muslims around the world may be unaware of this, our worldviews have been influenced by other cultures, traditions and religions. Many Muslims today have their own monasteries, ‘spiritual’ orders and exercises that they busy themselves with, thinking—like Christians, Jews and other religions—that this is more beloved to their Lord than the difficult road of knowledge and activism. For those who are waking up to the challenges of the 21st century and are realising that Allāh (subhānahu wa ta’ālā) wants us to excel in all of these fields, is the chapter of the Qur’ān that Imām al-Shāfi’ī said would have been sufficient for mankind’s guidance: