Wealth does NOT mean Allah loves you 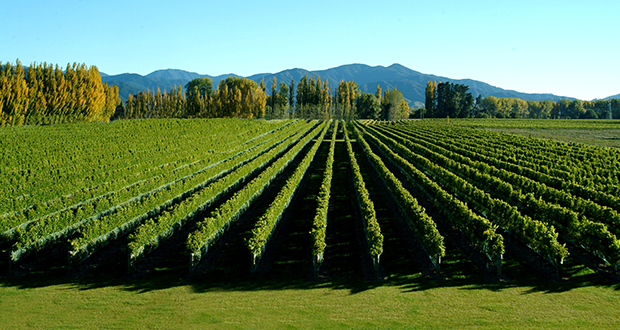 One Friday as I dropped my son off to school I noticed a group of three boys talking. One said to the others, pointing at a shiny Mercedes, “Look at my dad’s car,” at which they all looked very impressed. Two of them then turned to the third, smirking, and asked what car his father drives. He looked slightly embarrassed as they reminded him jovially of his father’s Nissan Micra. Although it looked as though he took it on the chin as just a bit of brotherly banter, this bitterly reminded me of what was going to be my khutbah topic for that very day.

These young men, despite being barely 10 years old, already seemed to have been stung with one of the many poisons of materialism, and we are all responsible. Everyone wants their children to be successful, and every culture and people has its own version of success, unfortunately centred on material “success”. For some cultures it is to own land or a house; for some it is to have a business or employees, to be in a position of authority over others; for some none of that matters, as long as you have plenty of material wealth, whatever type.

We unknowingly impose these standards of success on our children, in one of the most damaging ways: competition. So-and-so just bought a new house. So-and-so just got a new car. So-and-so just threw a colossal wedding celebration. People rarely see what is ‘good’ for themselves according to their own values. It is instead far easier to compare themselves to someone else—not to mention the preoccupation with the “lifestyles of the rich and famous” being a ubiquitous, potent tool for distracting and disempowering the masses. Our children grow up hearing statements about what other people have, and if they are even more unfortunate, “So-and-so’s child just got an A in their exams, why didn’t you?”

It is with this in mind that pondering over Sūrat al-Kahf—as we should every Friday—should have a greater impact upon us, in particular the story that Allah dedicated to this very phenomenon—the trial of material wealth and skewed perspectives of ‘success’. Allah gives us a story about two companions; a powerful lesson of this life and the next. An entire story astonishingly devoted entirely to the wealth of one of them; so it must be important.

And present to them an example of two men: We granted to one of them two gardens of grapevines, and We bordered them with palm trees and placed between them [fields of] crops. Each of the two gardens produced its fruit and did not fall short thereof in anything. And We caused to gush forth within them a river. [1]

Allah swt sets the scene, anyone who reads this recognises one thing immediately: one man has been blessed with many types of material wealth, not out of his own superiority or hard work necessarily, but granted to him by Allah. Not only all types of wealth, but some of the most luscious and delicate, grapevines, protected and surrounded by other riches. Not only that, but they produced their harvest generously. Not only that, but he was spared of the effort of irrigation, Allah caused to flow within them a river.

Wealth. Security. Ease. What did these things provoke in him?

And he had fruit [or wealth], so he said to his companion while he was conversing with him, “I am greater than you in wealth and mightier in [numbers of] men.” [2]

One thing that will be come clear from this story is that although anyone with īmān will find what this man says disturbing, a terrifying fact is that he merely utters what many of us say, do or feel implicitly. In the course of a discussion one day, he slips into the conversation something that may make his companion feel insignificant. Just like many of us may insert something into our conversations to show off. “Yes, that’s the key to my new car.” “Yes I just got back from holiday, it cost me thousands.” “Yes my daughter’s wedding was grand.”

One of the greatest sources of corruption and discord in any society, is materially-wealthy people imposing their lifestyles on the less privileged, so the latter feel they have to “keep up” or they are somehow less successful than the former. This is exacerbated in countries where there are extremely rich and extremely poor people living close to one another, as is the case in some so-called “less economically developed” countries, many of whom are post-colonial Muslim-majority states.

Muslims have not been completely immune from this disease, despite Islam offering a potent vaccination. For instance, we all know the more well-known conditions from the manuals of fiqh for our clothing to be halāl; it must cover the ‘awrah, it must be loose, it must not be see-through, and so on. However, how many of us ponder over the other conditions and considerations that jurists have been giving since the birth of Islam? It must not break the hearts of the poor.

Whoever denies himself a type of clothing out of humility for Allah, whilst he is able to wear it, Allah will summon him on the Day of Judgement amongst the whole of creation, in order to allow him to choose from any type of adornment of īmān which he wishes to adorn himself with. [3]

Imām Ibn ‘Uthaymīn states in an explanation of this hadīth:

“This indicates that if a person is amidst those of modest circumstances, who are not able to dress themselves with expensive clothing, humbles himself and dresses like them, so that he does not break their hearts or appear as haughty or superior to them, he will attain this immense reward.

“If however, he is amongst some people whom Allah has blessed (with material wealth) who wear more expensive clothing that is not unlawful, it is better for him to dress like them, because [of the hadith] “Allāh is beautiful and loves beauty.” And without doubt, if a person is amongst such people who wear beautiful clothing, and instead chooses to dress himself in a manner [obviously] lower than theirs, then this is regarded as being libās al-shuhra – by which one seeks attention. So a person looks at what the circumstances dictate.” [4]

How would an underprivileged father who is attending or even working at an extravagant wedding feel, being reminded that all of his children and neighbours’ children could have been wed for a fraction of the cost? How would a struggling mother feel when other mothers are showing off how much they splash on their children, whilst she is struggling to make ends meet? This matter is made worse by people not even realising the economic difficulty their friends may be in because of the societal pressure to keep up a façade of economic prosperity.

Allāh swt gives us a perspective-shifting reminder that it is in fact the one showing off who is in fact ‘poor’ and deserving of pity. Despite ostensibly wronging his companion, the man blessed with two gardens in our story was in fact wronging himself.

And he entered his garden while he was unjust to himself. He said, “I do not think that this will perish – ever. And I do not think the Hour will occur. And even if I should be brought back to my Lord, I will surely find better than this as a return.” [5]

As mentioned earlier, no Muslim would explicitly say something so abhorrent, however the dangerous fact is that our actions speak louder than our words. We may not deny explicitly that the hereafter will follow this life, but how many hours in each day do we prepare the gardens of the hereafter, and how many hours do we spend on the gardens of this life?

How many of us feel safe with our business models and projected plans? How many of us are deluded into a false sense of stability, feeling—although not explicitly stating—that our wealth, security and ease will remain forever? It is a natural deception that we are prone to suffering—as a test from our Lord—that when we taste the luxury of this life, the ākhirah becomes distant and more difficult to think about, cognitively and indeed subconsciously.

Perhaps what is most terrifying is that this man is suffering from a delusion that many of us share; a hidden, underlying premise in his words that many of us implicitly presume to be true. That is: if Allāh has given me so much, I must be doing something right; it must mean that Allāh is pleased with me. The man in our story presumed this life to be a glimpse of what is to come; since Allāh has given him so many material blessings, he presumes this to be a sign that Allāh loves him and will therefore treat him similarly in the hereafter.

This deception runs deep throughout even Muslim communities. We easily confuse material “success” as a sign that Allāh is pleased with a person. We easily forget that Allāh gives the luxury and material of this lowly life to even the worst criminals and tyrants, such as Fir’awn and Qārūn, and Allāh withholds it from some of his most beloved servants.

Ponder over the rest of the story, how this man’s companion who apparently stayed silent whilst he was being wronged, spoke up when Allāh’s rights of thanks and gratitude were being transgressed.

His companion said to him while he was conversing with him, “Have you disbelieved in He who created you from dust and then from a sperm-drop and then proportioned you [as] a man? But as for me, He is Allah , my Lord, and I do not associate with my Lord anyone. And why did you, when you entered your garden, not say, ‘What Allah willed [has occurred]; there is no power except in Allah’? Although you see me less than you in wealth and children, It may be that my Lord will give me [something] better than your garden and will send upon it a calamity from the sky, and it will become a smooth, dusty ground, Or its water will become sunken [into the earth], so you would never be able to seek it.”

And his fruits were encompassed [by ruin], so he began to turn his hands about [in dismay] over what he had spent on it, while it had collapsed upon its trellises, and said, “Oh, I wish I had not associated with my Lord anyone.” [6]

After spending so much of the beginning of the story describing so much material wealth He had given the man, Allāh mentions its entire destruction with two words; powerfully referring to them as his fruits being ruined. Do you think your wealth belongs to you? Then protect them from Allāh’s plan if you dare.

And there was for him no company to aid him other than Allah, nor could he defend himself. There the authority is [completely] for Allah, the Truth. He is best in reward and best in outcome. [7]

[3] Narrated by Mu’ādh b. Anas in al-Tirmidhi