What will you achieve with your life? 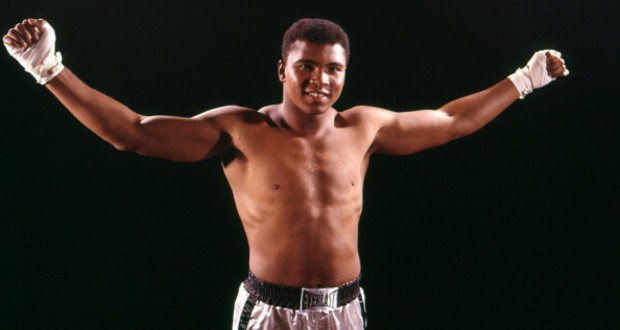 Regrets gather around us like books we wish we’d read. One day a book other than the Qur’an will become most critical to us.

On the day of standing, there will be a moment when the books will fly into our hands. It will be a moment when anxiety will reach such levels that even a baby’s hair will turn grey with fear. Picture yourself standing there, naked, in a pool of your sweat, watching as the books begin their journey. Your heart thudding against your chest as your personal register of deeds draws closer. Think quick. Is there a way out? You look besides you… ‘surely his deeds will be better than mine’ you consider pushing him aside to take his book, but then resign yourself to inevitability. Your chest tightens. The book lands in your hand. The most pertinent question being: right or left?

There will at least be one man on that day who will be running around showing people his book of deeds.

“So as for he who is given his record in his right hand, he will say, ‘Here, read my record! Indeed, I was certain that I would be meeting my account.’ So he will be in a pleasant life – in an elevated garden, its fruit to be picked hanging near. [They will be told], “Eat and drink in satisfaction for what you put forth in the days past.”[1]

This sincere servant of ar-Rahman had spent his life obeying Allah (subhanahu wa taʿala), hiding his good deeds as if they were sins, but now the time has come to shout it to the world. In Jannah there will be no clock and we, by His (subhanahu wa taʿala) permission will be able to meet and spend time with the greatest personalities that ever existed. Imagine the moment when you will meet the greatest human being at the Hawd and he (sall Allahu ʿalayhi wa sallam) gives you a drink from his blessed hands. What will your conversation with him (sall Allahu ʿalayhi wa sallam) be? Picture the moment you meet the Prophet or Companion who inspired you during your time on earth. If you were to meet Yusuf (ʿalayhi al-Salam) will you ask him how he felt at the bottom of the well? Or if you were to meet Talhah (raḍiy Allahu ʿanhu) will you ask him about defending the Prophet (sall Allahu ʿalayhi wa sallam)? Or if you were to meet Maryam (ʿalayha al-Salam) will you ask her about shaking the palm tree?  When that moment comes, what will you answer if you are asked in turn: “What did you achieve with your life?”

Will your answer amount to nothing more than being a till receipt? Is the sum of your life’s achievements waking up, going to work, coming home, some telly, Salah and then sleep? You were created for so much more. Whatever anyone says about Muhammad Ali, he did something with his life. When faced with an oppressive government which attempted to force him to fight in an unjust war, Muhammad Ali retorted:

“The real enemy of my people is here. I will not disgrace my religion, my people or myself by becoming a tool to enslave those who are fighting for their own justice, freedom and equality.”

Faced with losing his World title and imprisonment he said:

“I have nothing to lose by standing up for my beliefs. So I’ll go to jail, so what? We’ve been in jail for 400 years”.

Our world today is filled with even more injustice. Drone strikes, barrel bombs, raped, murdered mothers, starving children, and yet some live in a bubble either blind to the plight of their brethren, or, resigned to seemingly overwhelming odds. Those should heed the words of our brother Muhammad Ali:

“Impossible is just a big word thrown about by small men who find it easier to live the world they’ve been given, than to change it. Impossible is not a declaration. It’s a dare.”

No doubt Muhammad Ali was eagerly anticipating the beautiful guest of Ramadan and the blessings which it would bring. Yet Allah (subhanahu wa taʿala) decreed that another of His (subhanahu wa taʿala) creation should visit him: the angel of death. So whilst the western world celebrates Muhammad Ali’s life we, the Muslims, his family, should focus on helping our brother in his time of need.

“Seek forgiveness for your brother and pray that he remains firm, for he is now being questioned.”[2]

Whilst President Obama would like to have draped Muhammad Ali in the star-spangled banner, his coffin was covered with nothing of the sort. Of the many gifts Muhammad Ali had been given, be they his unmatched boxing prowess, or his profound oratory skills, ultimately the greatest gift the Controller of hearts (subhanahu wa taʿala) gave to Muhammad Ali was the favour of Islam. On the Day of Reckoning, Muhammad Ali will want to stand with the Muslims, under the banner of Islam, rather than any other flag. Muhammad Ali said:

“This life is not real. I conquered the world and it did not bring me satisfaction. God gave me this illness to remind me that I’m not the number one, He is.”

Many well-known personalities have passed away in the last few months. Take the musician Prince, David Bowie, Johan Cruyff, Victoria Wood or magician Paul Daniels. How many people have taken such an event as an opportunity to reflect and ask: “What happens after I die?” It is a natural question, but you will not find a single article in the mainstream media asking it amongst the painstaking dissection of their lives and deaths. The net wealth of one of those celebrities is staggering, with reports that David Bowie had left behind an eye watering £600 million. How much would he give now to ransom his soul?

But as for he who is given his record in his left hand, he will say, “Oh, I wish I had not been given my record and had not known what is my account. I wish, that it (death) had been my end! My wealth has not availed me. My power and arguments (to defend myself) have gone from me!”[3]

Muhammad Ali’s wealth is not measured in dollars, pounds or rupees. Rather, it is his example, his inspiration, his words and his actions. So we remember our brother Muhammad Ali. We recall his tenacity in standing up to Western imperialism and home grown racism. We take a lesson from his life in that one of the greatest athletes of all time was overpowered by the weakness of old age and illness. We reflect that Allah (subhanahu wa taʿala) took his soul only a few days before the blessed month of Ramadan whilst we took for granted that we would reach it. Should we be given the gift of the entirety of this blessed month we should not greet Eid with regret over an opportunity lost.

By the Permission of Allah (subhanahu wa taʿala) one day we will be able to sit and read through the book of Muhammad Ali with him. When we do so, we may then realise that, whilst it is ok to live life floating like a butterfly, sometimes it is better to sting like a bee.