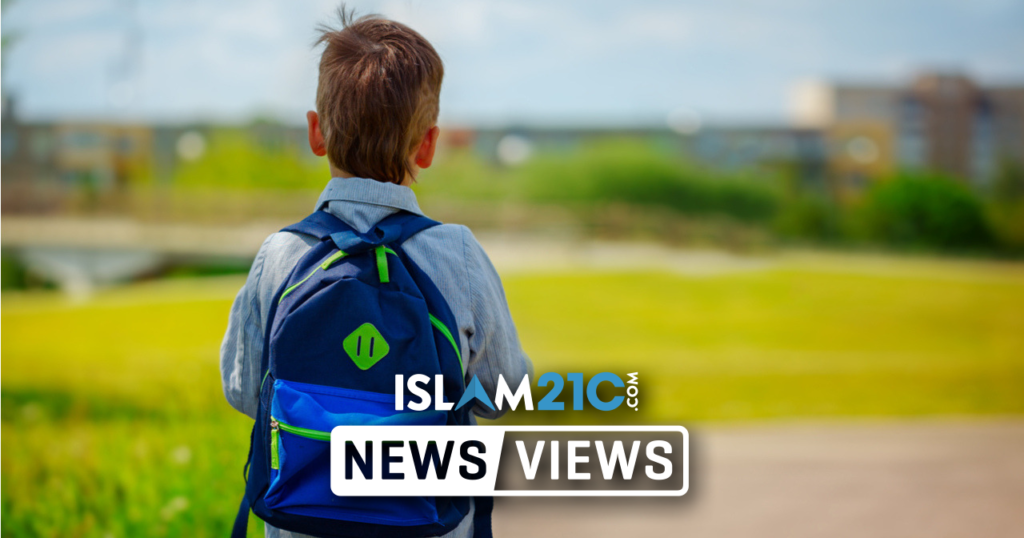 The average amount of pocket money that an 11-year-old receives is £5.65 a week, which acquaints to just under £300 in a year. [1] A student in a Tower Hamlets School, however, has received over 10 times that figure, but not without reason.

Three years ago, a schoolboy, who remains unnamed for confidentiality reasons, came to class wearing a t-shirt that read, “I want to be like Abu-Bakr al-Siddique”; [2] the first rightly guided caliph in Islām, a man who was admired by the Prophet (sall Allāhu ʿalayhi wa sallam) himself, and thus remains a prominent figure in our history today.

However, the staff at the school reported him to social services over concerns that the child’s t-shirt was showing signs of ‘radicalisation’ for wanting to emulate the ‘terrorist’ group leader, Abu Bakr al-Baghdadi – the most wanted man in the world, with $25 million being offered by the US State Department for information that could assist with their search to capture or kill the known member of so-called ISIS. [2]

Now aged 11, his family say the boy was left traumatised by the experience and is now reluctant to speak up in class as a result of the Prevent policy referral. In 2017/18, 57% of the 7,318 individuals referred were under the age of 20, 1,314 of whom were discussed at a Channel panel and now, the boy joins the list. [4]

He has since been awarded £3,500 in compensation after he was wrongfully thought to be in support of the terror group leader. Tower Hamlets Council in East London made the pay-out to the child in compensation for a breach of the 1988 Human Rights Act.

A spokeswoman for the council said:

“There is a confidentiality agreement in relation to this insurance settlement and we are unable to comment.” [3]

A History of Controversy

Prevent is one of the four strands of the government’s counter-terrorism strategy which is known as ‘Contest’. Unlike the other strands—which exist to deal with things related to actual terrorism—Prevent was created to combat “extremism”, which was defined as the opposition to “British values”. This was due to the misguided, ideologically-based belief—now rejected by the government—that something called “extremism” causes terrorism. [5] This underlying “radicalisation” theory still remains in Prevent vocabulary despite the government distancing itself from the refuted conveyor belt theory and the ERG22+ “extremism” risk factors that were once offered as justifications for the policy, before their “scientific” basis was condemned by 140 experts across the world off the back of a CAGE report exposing it as “pseudoscience”. [6] [7] [8]

Independent organisation PREVENT digest calls for Prevent to be suspended and reviewed, describing the “evidence” underlying it “…as flawed and racist as early attempts to classify criminals by head shape”. [10] It adds that Prevent stifles debate, as attested by the Home Affairs Select Committee. [11]

The United Nation special rapporteur on racism stated that “the Prevent duty is inherently flawed, and expansion of a flawed program to cover more groups is by no means curative”. [12] This expresses that the targeting of Far-Right groups does not obfuscate the harm carried out by the Prevent strategy.

Figures published by the Home Office display an increase in Prevent referrals across the country, overwhelmingly targeting Muslims. 65% of the 7,631 referrals noted in the released figures refer to Muslims, despite being approximately 5% of the population. 56% of the total referrals were aged 20 or under, whilst a quarter of the referrals were of under-15s. Most of the referrals came from the Education sector, followed by the police. [13] [14]

Muslims comprise approximately 5% of the United Kingdom, [15] and less than 5% of the perpetrators of “successful and foiled” terror plots, [14] yet they are vastly overrepresented in the counter-terrorism matrix—from Prevent referrals to Schedule 7 stops and searches to “terrorism” convictions. Not only does this lead to unjustified fear and panic from the broader population but contributes to the alienation and disenfranchisement of many young or mentally vulnerable Muslims. [14]

This is one of the reasons that an increasing number of researchers and activists have been warning that Prevent is not just ineffective but actually counterproductive. A sense of alienation, disenfranchisement, experience of racist double standards, and so on, have long been significant empirically-determined causal factors involved in the likelihood of some people to be drawn into political violence and terrorism, emphatically not the non-violent beliefs and opinions—be they “radical” or not—that the Prevent programme has been focusing its attention on. [14]

[15] According to the 2011 Census, Office for National Statistics.