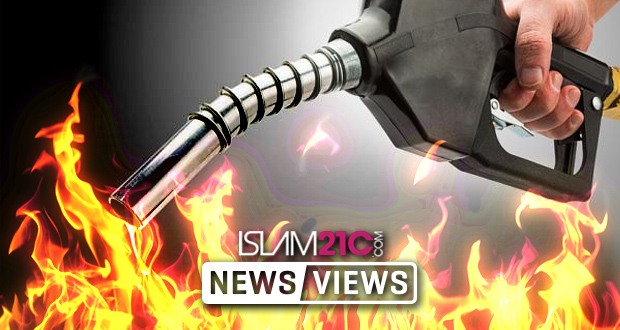 Figures released by the Home Office today show an increase in Prevent referrals across the country, overwhelmingly targeting Muslims. The published statistics cover individuals referred between April 2015 and March 2016.[1]

Labour’s Naz Shah MP, who sits on the Commons Home Affairs committee, said that the fact that the majority of Muslim referrals required ‘no further action’ echoed the concerns of discrimination that are widespread with Prevent.

“If you’ve referred a child, a young person, and there turns out to be actually nothing that they’re doing that’s wrong – that’s really worrying for me and it’s very alarming.”[2]

“Only 5% of people referred to Prevent extremism scheme get specialist help…Prevent isn’t working. We will review it.”[3]

“The massive over reporting and racial profiling is due to the fact that the PREVENT policy has no scientific basis. The science does not exist and these figures reinforce the bare fact that the policy does not work. The Government’s own figures show that 95% of people referred to PREVENT required no Channel intervention.”

“The idea that a failed policy that has largely impacted on Muslims should be implemented against other communities, is not a position that should be endorsed. Seeking credibility by applying PREVENT on other communities does not make it okay.”

“We again call on the Government to repeal the PREVENT Policy, roll back the training and make every effort to repair the damage that has been done.”[4]

Accusations of racism at the heart of the Prevent policy have existed for many years, but have become more vocal recently leading to Prevent becoming ‘toxic’. Earlier this year, an independent review of Prevent carried out by an initiative specialising in racial justice, JUST Yorkshire, also called for the repealing of the strategy. It claimed that Prevent is “built on a foundation of Islamophobia and racism”, calling it “ineffective and counterproductive”.[5]

In September Tom Hickey, a lecturer at the University of Brighton and member of the Universities and Colleges Union (UCU) Committee, revealed that the “notorious” Prevent strategy was rejected at the National Union of Teachers, where members “overwhelmingly” voted for it to be scrapped. Commenting on its counterproductive nature, he claimed it was as though Prevent was “almost designed to have the opposite effect”.

Many have long accused the UK’s counter terrorism apparatus as structurally racist and Islamophobic, with Professor David Miller calling it “the backbone of Islamophobia”.[6] This may be a bold statement but when “Muslim terrorism” is seen with the statistical significance and context characteristic of academic research, it becomes difficult to argue against.

According to the Global Terrorism Database (GTD, funded by the US Dept. for Homeland Security),[7] there were 115 reported “terrorism” incidents, either “successful” or foiled, in the United Kingdom during the same period as the Prevent referral statistics published today. Out of these, only three were carried out by Muslims.

Ignoring the inherent bias in labelling certain crimes committed by Muslims as “terrorism”, according to the GTD fewer than 3% of the incidents were carried out by Muslims from April 2015 to March 2016. To add insult to injury, the same number of attacks were perpetrated against Muslims by non-Muslim perpetrators!

This echoes well known surveys carried out by, for example, the left-wing publication Countefire based on Europol statistics, citing “Only 0.7% of terror attacks in Europe are by Islamists” from 2006-2013.[8]

When one considers that Muslims comprise approximately 5% of the United Kingdom,[9] yet are vastly overrepresented in the counter terrorism matrix—from Prevent referrals to Schedule 7 stops and searches to “terrorism” convictions—not only does this lead to unjustified fear and panic from the broader population, but contributes to the alienation and disenfranchisement of many young or mentally vulnerable Muslims.

This is one of the reasons that an increasing number of researchers and activists have been warning that Prevent is not just ineffective but actually counterproductive. This is because a sense of alienation, disenfranchisement, experience of racist double standards, and so on, have long been significant empirically-determined causal factors involved in the likelihood of some people to be drawn into political violence and terrorism, emphatically not the non-violent beliefs and opinions—be they “radical” or not—that the Prevent programme has been focussing attention on.

Instead, not only are the non-violent “extreme” ideas targeted by Prevent now understood by politicians to have a “firewall” effect against terrorism,[10] but those scholars and activists—who enjoy grassroots support—that are routinely tarnished with the accusation of “extremism” by Prevent, have almost invariably been the most effective actual prevention against angry young people being led down a path towards violence. Silencing these very voices under the pretext of “preventing terrorism” amounts to little more than pouring gasoline on a fire in order to extinguish it.

If the critics are right, the next few years’ statistics will likely see an increase in the number of people drawn into violence, unless something radical is done. Otherwise, those who profit from Prevent in one way or another will be even harder to believe when they claim their real intention is to prevent terrorism rather than police ideas.

[9] According to the 2011 Census, Office for National Statistics.