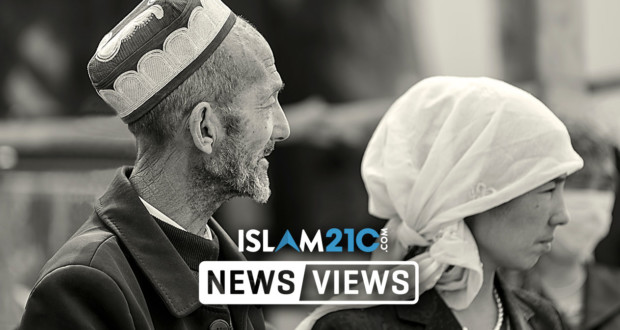 According to witness, live organs are harvested from detained Uyghur Muslims and sold for over $160,000

An interview conducted by the independent journalist CJ Werlemen with a Uyghur Muslim surgeon has alleged that China has been harvesting live organs from executed Uyghur prisoners being held in concentration camps in Xinjiang province.

According to Enver Tohti, a surgeon who once unwittingly took part in one of these gruesome operations and is now living in exile, organ harvesting in China has been an ongoing practice for over 20 years and is widespread and systematic in the Muslim majority province of Xinjiang, also called Occupied East Turkestan.

“I was called by my chief surgeon to go to a room near the Urumqi execution grounds to remove the liver and two kidneys from an executed prisoner” Enver said, recalling the event.[1] “It turned out he wasn’t fully dead because they [Chinese execution squad] shot him through the right chest [intentionally] to knock him out [without killing him], so I would have time to remove his organs” he added.

According to Tohti, the detainees who have their organs removed are not killed immediately, they are kept alive during the procedure so the organs being harvested are taken out live. Furthermore, Tohti said he was ordered by his superior to not administer anaesthesia on the detainee when he performed the procedure.

“I told my chief surgeon he wasn’t dead but he ordered me to remove the man’s liver and kidneys there and then – and to be quick about it. I was ordered not to give the man any anaesthetic,” the exiled Uyghur surgeon said in an interview with the UK Daily Record in 2013. [2]

Last month Tohti told Radio Free Asia,[3] that he believes the main customers of China’s grotesque organ harvesting business are from Saudi Arabia, whose recipients are in need of organs, and that authorities market and advertise the harvested organs as ‘halal’ even though the illegal practice is completely forbidden in Islam.

Although Tohti’s claims were unverified, Dr Faisal Shaheen of the Saudi Centre for Organ Transplants has said, in an article written in the Arabian Business,[4] that 410 Saudi Arabian citizens had purchased organs from 2012 to 2014 from black markets in China, Egypt and Pakistan and that 7,000 Saudi citizens are in need of Kidney transplants.

“A total of 220 Saudis bought organs for transplants from markets in Pakistan, China and Egypt in 2013 and 190 did the same in 2012 at their own personal expense,” Shaheen said, adding that “this is how the doctors discovered that the citizens bought organs from the black market and illegally got them transplanted and later informed the centre.” [4]

According to the European parliament’s public health committee and human rights subcommittee, the illegally harvested organs are sold to customers for as much as $165,000 and that customers mainly come from the USA, Europe and Saudi Arabia. [5]

Tohti showed a photograph of the so called Human Organ Transportation Green-Path at the Urumqi International Airport which allows for the transportation of large numbers of organs to be shipped around the world to various recipients.[5]

Chinese authorities have repeatedly stated that they are detaining people accused of minor crimes and that they are being held in re-education centres, where they enjoy their time and are ‘grateful’ to be there. However, personal accounts from former detainees paint an Orwellian picture where Uyghurs are prevented from observing their religious duties.

According to a report published by Human Rights Watch,[6] the Chinese government has carried out these repressive policies for many years against the Uyghur people and the mass detention of Uyghur Muslims in concentration camps is the latest in a campaign of oppression and repression.

The Uyghur (also spelt Uighur) people are of Turkic ethnicity, and although they form a majority in the Muslim Xinjiang Autonomous Region, they are a minority in China.