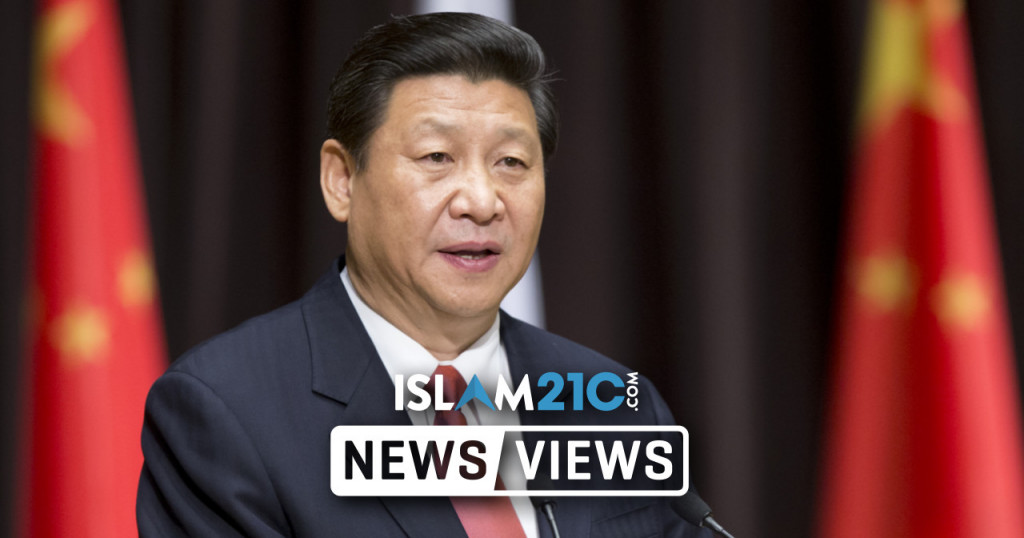 As the second phase of London’s Uyghur Tribunal came to a close, the Chinese government continued to take a leaf out of former US President Donald Trump’s playbook. The Chinese Communist Party’s repeated efforts to invoke the ‘fake news’ card to counter the dozens of firsthand, indirect, and expert witness statements has caused consternation across the world. Indeed, on September 9, during a peculiar virtual joint press conference with China’s Ministry of Foreign Affairs and the Government of Xinjiang Uyghur Autonomous Region, the Chinese ambassador to the UK Zheng Zeguang sought to claim that the Uyghurs are “a member of the big family of the Chinese nation”. [1]

Despite years of international outrage and mounting evidence of genocide against the Uyghurs, Zheng made the following assertions:

“…all ethnic groups of China are brothers and sisters of one big, close-knit family; they are closely bond like pomegranate seeds and come to each other’s aid when needed; no ethnic group should be left behind as we build a modern socialist country in a comprehensive way.

“The Chinese Government remains unwavering in its determination to implement the relevant policies on Xinjiang. We will continue promoting high quality development, ethnic solidarity and social progress and improving the life of the people in Xinjiang, so that the people of all ethnic groups in the region will enjoy a happy life.” [1]

During the bizarre online press conference, Zheng was flanked by Graham Perry, who according to his LinkedIn profile is the Head of the Business Improvement Unit at the prestigious London School of Economics (LSE), and Xu Guixiang, party spokesman for Xinjiang. [2] Particularly baffling is that the Chinese embassy’s transcript refers to Perry as a “British scholar”. However, upon referring to the same LinkedIn profile, he appears to only have managerial experience. There is nothing which suggests that he has a high-flying career in academia.

On the other hand, an individual who is indeed a scholar and has conducted far-reaching studies on the plight of the Uyghurs and other Muslim minorities in East Turkestan is Dr Adrian Zenz. He is a senior fellow at the Victims of Communism Memorial Foundation based in Washington, and a respected researcher on the Xinjiang autonomous region. On Monday, Zenz gave expert witness testimony at the Uyghur Tribunal. He warned of the grave abuses that the CCP continues to perpetrate against the Uyghurs, even going on to suggest the evidence is far more disturbing than we can imagine. In part of his evidence at the tribunal, Dr Zenz said:

After the trio of Chinese government officials concluded their remarks, the floor was opened to questions, albeit only from selected broadcasters, which mostly consisted of CCP mouthpieces such as the People’s Daily, China Daily, Global Times, and CGTN. Quite bizarrely, there was only one anomalous Western outlet, Sky News. As a result, the questions posed appeared to be mostly predetermined, almost as though their only purpose was to strengthen Zheng’s points.

In attempting to paint a picture of internal security which invoked notions of “terrorism, separatism and extremism”, Zheng incredibly stated that “Xinjiang-related issues have nothing to do with human rights”. China’s top diplomat in the UK elaborated further:

“The second point I want to make is that the so-called Xinjiang-related issues have nothing to do with human rights, ethnic groups or religions, but everything to do with fighting terrorism, separatism and extremism. The Vocational Education and Training Centres in Xinjiang are absolutely not “concentration camps”, but preventative and de-radicalisation measures. In nature, they are no different from the Desistance and Disengagement Programme (DDP) of the UK or the de-radicalisation centres in France.”

Despite numerous attempts by the panel of the Uyghur Tribunal to approach the Chinese government and having sent repeated invitations to present their case, the CCP continues its wretched attempts at pushing its falsehoods through media channels and outlets.

In response to the virtual press conference held by the Chinese officials, once more the Counsel to the Tribunal, Hamid Sabi, invited the Chinese ambassador to make his case. In his open written letter to Zheng, Sabi said the following:

“I refer to my previous letters, in particular my letter of 11th August 2021, inviting yourself and representatives of the People’s Republic of China to attend the hearings of the Tribunal and respond to the many questions that have been raised. As Counsel stated at the opening of the June hearings, the Counsel does not have a case for or against the People’s Republic of China. Its only duty as mandated by the Tribunal is to present the evidence that is publicly available or provided by any interested party, including your government. Our researchers have searched for both inculpatory and exculpatory evidence.”

Sabi is a proficient lawyer well versed in international human rights, arbitration, and litigation. He formerly held the position of Counsel to the China Tribunal, in addition to playing a central function in the Iran Tribunal. During the Iran Tribunal, he held the position of Counsel and Rapporteur, supporting in the investigation into mass killings of political prisoners by the Islamic Republic of Iran in the 1980s. [4] He repeatedly extended his invitation to Zheng, adding:

In recent years, China has begun to take a more hostile approach with regard to its foreign relations. While, previously it took a stance that mostly ignored remarks and actions that may have caused provocation, under the so-called Paramount Leader Xi Jinping, who has effectively been in this unofficial yet dominant position since 2012, the world’s second-largest economy and growing military power is becoming more vocal in lashing out against criticism and defending its ‘internal affairs’ as it often refers to. [5]

The Paramount Leader is one that is rather unique in modern political systems, with the informal term given to the most prominent leader within the People’s Republic of China. As such, Xi commands total control of the CCP and it is precisely under his leadership and chairmanship of the Central Military Commission, as well as being the General Secretary of the ruling Chinese Communist Party, that the genocide against the Uyghurs continues to be accelerated.

Indeed, in the policy of “Becoming Family” (结对认亲), which was initiated by Beijing in 2016, there is great concern that Turkic-Muslim women are being forced to live with ethnic Chinese Han men, once the women’s husbands have been detained in concentration camps. These same women are subjected to rape and forced insemination which the CCP believes will be a step towards “forced assimilation”, effectively by the births of children with ethnically Han fathers and thus gradually eroding the cultural fabric of the Turkic-Muslim minorities as well as stripping these innocent women of their humanity. Thus, it is evident that the top echelons of the CCP are aware and perhaps even directly responsible for the atrocities being committed against the Uyghurs. [6]

Prior to the ushering in of Xi’s tight-knit control of the CCP, the country had for decades stuck to the approach of the late leader Deng Xiaoping – “hide your strength, bide your time.” [7] A good example of China’s change in diplomatic relations is its regular public refutations of foreign governments. Indeed, a phrase that has become a favourite amongst the CCP brass and state media is one in which it scolds anyone who expresses criticism against their policies as merely “interfering in China’s internal affairs”; a quick Google search reveals hundreds of news reports that speak of precisely this. [8] Moreover, the likes of Wang Yi, foreign minister of China since 2013, have taken an increasingly defensive attitude to news reports and journalists, and are regularly witnessed at state level bilateral talks lambasting reporters for raising questions that open the door to criticism of China.

In July 2020, Zheng’s predecessor Liu Xiaoming was confronted by the BBC’s Andrew Marr with video footage that appeared to show Uyghur prisoners in shackles being herded onto trains in Xinjiang. Liu, then Chinese ambassador to the UK, told Marr on national television, “I do not know where you get this videotape,” going further to add, “Sometimes you have a transfer of prisoners, in any country.” Alarmingly, these types of outright denials and forceful statements released by the Chinese Ministry of Foreign Affairs are winning over large pockets of Western outlets and indeed many people in the West. One only needs to study the comments section of a handful of Uyghur-related videos on the media platform YouTube in order to realise how much the campaign of disinformation has spread to the masses, particularly in regards to the plight of the Uyghurs. [9]