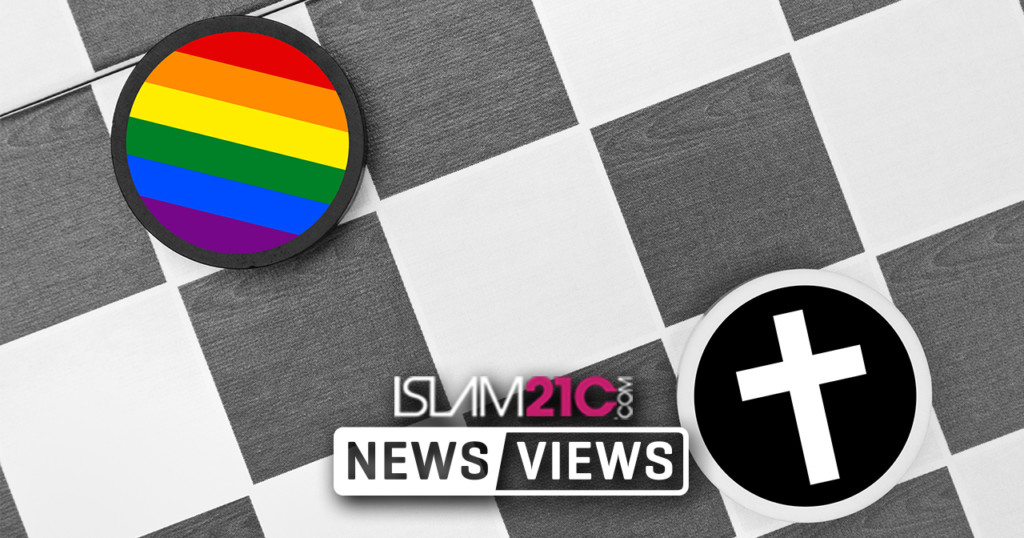 The supreme court has ruled this morning in favour of Christian owners of a bakery that refused to make the so-called “gay cake”.

The five judges issuing a judgement today in the highest court in the UK ruled unanimously in favour of Ashers bakery, stating that their refusal to make a cake supporting gay marriage was not discriminatory.[1]

The dispute began in 2014, after gay rights activist Gareth Lee had approached the family-run bakery in Northern Ireland to make a cake with the slogan “Support Gay Marriage” on it. After the Christian owners of the bakery refused on account of their beliefs, Lee sued the company for discrimination on grounds of sexual orientation and political beliefs.

In 2015 a Belfast judge ruled against the bakery, concluding that they had discriminated against Lee.[2] The bakery then appealed this decision and lost in 2016, being told by the appeal court judges that they were not allowed to “provide a service only to people who agreed with their religious beliefs.”[3]

Today the family-run firm has won its appeal in the Supreme Court after a lengthy legal battle lasting more than four years.

The activist Mr Lee who brought on the case against the bakery was aided by the Equality Commission for Northern Ireland. After today’s Supreme Court ruling that this was not a case of discrimination, questions are being asked whether it was right for them to spend more than £150,000 of public money on this case.[4]

The family-run business reportedly spent more than £200,000 in their legal fees, which is being paid by The Christian Institute, a charity and lobby group.

Many are thus calling this the most expensive cake in the UK’s history. However it is clearly the subject of a deeper legal tension between different types of rights.

Daniel McArthur, the bakery’s general manager said outside the court:

“We’re particularly pleased the Supreme Court emphatically accepted what we’ve said all along – we did not turn down this order because of the person who made it, but because of the message itself.

“I know a lot of people will be glad to hear this ruling today, because this ruling protects freedom of speech and freedom of conscience for everyone.”

After the ruling was announced, Gareth Lee said:

“All I wanted was to order a cake in a shop that sold cakes to order. I paid my money, my money was taken and then a few days later it was refused. That made me feel like a second-class citizen.”[5]

“There is a concern that this judgment may raise uncertainty about the application of equality law in the commercial sphere, both about what businesses can do and what customers may expect; and that the beliefs of business owners may take precedence over a customer’s equality rights, which in our view is contrary to what the legislature intended.”

“This is a timely judgement in bringing common sense to an issue which, fuelled by LGBT activists and extremists, had run away with itself.

“The effort to impose the LGBT agenda on Christian businesses by compelling promotion of their political demands, irrespective of the conscience or religious belief of the business owner, needed to be reined in.”[7]

The supreme court has given what appears to be a rare glimmer of nuance distinguishing between a person and their views, which seems to be absent in the predominant reporting and commentating over the years—including the lower courts themselves. After all, without the LGBT ideology aspect of this dispute, it is difficult to imagine any other campaigning and promotion being subject of such a costly dispute, such as someone refusing to bake a “Support Brexit” or “Support Corbyn” cake.

“Family businesses like ours are free to focus on giving all their customers the best service they can – without being forced to promote other people’s campaigns.”

It is yet to be seen if Muslim businesses and civil society will be afforded similar privileges of disagreeing with the promotion of LGBT ideology and campaigning, or any other. However it is unlikely to be mercifully granted by privileged groups, thus requires cost and risk of sacrifice and struggle. This costly and lengthy battle can be seen as a broader dispute between two already highly privileged groups.

If Muslims are truly to see themselves as equal participants in fashioning the cultural, philosophical and legal landscape in the UK’s future, then such struggles need to be had, and they may be lengthier and more costly, if we are to make a more genuinely tolerant society. For it is not true diversity and tolerance for one privileged group to enforce its opinions—including social and ideological constructs about gender, sexuality, love, and so on—upon others in the name of diversity and tolerance.