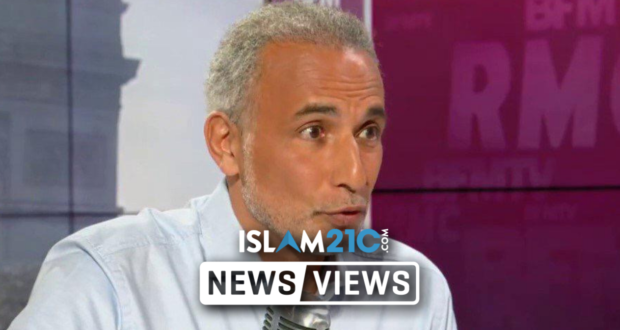 Findings from the new Criminal Brigade’s investigations claim to clear Professor Tariq Ramadan of baseless allegations and also reveal the political underpinnings of a ‘judicial fiasco’, according to the Horizons Association. [1]

The Paris Criminal Brigade have added new decisive elements to the investigation file, which “clearly prove” the innocence of Prof. Ramadan. It also adds how the allegations were politically inspired. [2]

Prof. Ramadan, a prominent academic followed by millions across the world, was arrested following accusations of rape.

In October 2017, Henda Ayari, a 41-year-old feminist and secularist activist, accused Prof. Ramadan of sexual assault in Paris in 2012. Another accusation followed suit in the same month from an unknown 40-year-old with the alias ‘Christelle’, who claimed that Prof. Ramadan did the same in the south-eastern city of Lyon in 2009. [3]

However, the accusations were followed by changed stories, “missed” evidence, and later stories close to collapsing. [4] [5] [6]

Questions continued to be asked about the arrest and subsequent treatment of the prominent Muslim scholar, who was hospitalised during his detention. [7] Prof. Ramadan was arrested in Paris having attended voluntary questioning, which was promptly followed by his arrest. [8]

In November 2018, Prof. Ramadan was released on bail following a court hearing in front of an appeal judge in France, who decided to release him. [9]

“Indeed, the experts have finally timestamped the messages Paule-Emma Aline [Christelle] claimed to have sent before her only meeting with Tariq Ramadan, in the aftermath of a discussion on Skype. However, all these messages were sent after the only meeting on October 9, 2009. Paule-Emma lied. The [messages’] content is an irrefutable proof that there has never been rape.

In addition, the Criminal Brigade has also discovered other messages from Paule-Emma Aline dated October 3 and 4, 2009, six days before the meeting, in which she explicitly speaks of “setting a trap” to Tariq Ramadan “in a hotel”. She tells her interlocutor (the Swiss plaintiff, according to the evidences) about her plan to trap him by calling on a “paparazzi” who could take compromising pictures and thus “take him down”. She talks about articles and a book in preparation aiming to tarnish Tariq Ramadan’s reputation, and says that “she were asked” to collaborate.”

“The names of Ian Hamel and Khalil Zeguendi, two notorious opponents of Tariq Ramadan, are mentioned, as well as the existence of a “plan” against the professor. Moreover, six days before the meeting, Paule-Emma Aline had already, as it appears in the messages listed by the Criminal Brigade’s report, usurped Tariq Ramadan’s identity by creating a false email address under his name. She had previously confessed to the police that she had created many Facebook accounts under his name as well. Before the meeting, Paule-Emma Aline planned, manipulated and lied: therefore, the subjection argument does not stand.

In this case, the investigating judges’ attitude raises questions. Four facial recognition examinations, including one commissioned by the judges themselves, made it possible to prove that it was Paule-Emma Aline in the picture taken at a conference she was attending at the very moment she claimed to have been sequestered in a hotel room. However, at the investigating judges’ request, and the suggestion made by Paule-Emma Aline herself, eight people from the plaintiff’s inner circle were heard: her sister, her mother, her father, her cousin, her ex-concubine, a friend, Nacira Menadi and Caroline Fourest; in order to confirm or refute whether it was her on the picture or not! The judges, thus, give credit to the friends’ opinion all by neglecting the scientific examination conducted by four national and international specialized companies! The least that could be said is that this approach raises questions!”

In addition, another allegation was filed on 31st May 2019, where a 54-year-old woman (who shares the same lawyer as another accuser) accused Prof. Ramadan of a rape committed with another man on 23rd May 2014 at the Sofitel hotel in the city of Lyon. However, according to several reports, not only did Prof. Ramadan never stay at this hotel, but it is also clear that he was in Baltimore on the 23rd, 24th, and 25th of May 2014, where he delivered a lecture attended by more than ten thousand people.

The case against Prof. Ramadan has thus far been littered with controversy and an alarming disregard for standard protocol. In the days following his detention, it was revealed that key evidence was “missed” by prosecution that showed that Prof. Ramadan was travelling at the time of one of the alleged crimes. [10]

According to Le Point, another accuser’s story was close to collapsing after it was revealed that she was in fact at her brother’s wedding on the night she claimed Prof. Ramadan raped her. [11]

Furthermore, following Prof. Ramadan’s arrest, it later emerged that he was being held in solitary confinement in a high-security prison, [12] despite there being no clear case for such severe treatment. Prof. Ramadan was denied bail several times, having been held under “temporary custody,” which is usually reserved for those considered a flight risk. [13]

Reports emerged that Prof. Ramadan’s health continued to deteriorate as a result of multiple sclerosis and neuropathy. Despite medical examinations and multiple physicians confirming that his health condition was incompatible with detention, [14] the French authorities held him under solitary confinement and initially denied him visitation rights for the first 45 days. [15]

Following his arrest, there has been a smear campaign by media outlets who have erroneously taken these false accusations without conducting any independent investigations.

Reckless commentators have nonetheless fed their narratives on an unconfirmed allegation made by a self-labelled “secular liberal activist” who associates her ‘freedom’ with the removal of the hijab and many other normative and widespread Muslim customs she dubs ‘Salafism’. [16]

Many Islamophobic mouthpieces have launched smear campaigns against Prof. Ramadan, including attempts at deriding his ancestry to the founder of the Muslim Brotherhood, Hassan al-Banna (rahimahu Allāh). It includes those owned by oligarchs who recently listed the Muslim Brotherhood as a terrorist organisation, namely, Al Jazeera’s desperate rival Al Arabiya.

Moreover, it has been appalling to see that certain groups within the Muslim community remained silent at the situation of another fellow believer, a brother that was wasting away in solitary confinement as a result of unjust detention by the racist, secular, and anti-Islam French authorities. However, what was even more saddening was the extent to which certain individuals within the Muslim community went as far as accusing and slandering Prof. Ramadan over the allegations. Following this recent news and the collapsing of allegations one may now ask, where are all those media outlets that were so eager to character assassinate the Professor when the accusations first arose? Where are all those Muslim individuals that slandered and accused the scholar? Besides the need for these individuals to reassess their actions, they certainly should consider studying Surah Hujurat. In the chapter, which contains etiquettes and norms that should be observed in the Muslim community, Allāh (subḥānahu wa taʿālā) tells the believers:

“O you who have believed, if there comes to you a disobedient one with information, investigate, lest you harm a people out of ignorance and become, over what you have done, regretful.” [17]

“Spreading rumours and gossip is incredibly dangerous. It destroys reputations, breaks down relationships and can upheave society itself. We are living in times where such acts have become very common, where people are losing basic decency and chivalry, and where the tabloid press thrives on such news. Therefore, the believer should receive such gossip carefully, first verifying the truth of it before deciding if there is any benefit in passing it on; and in most cases there is not.”

False reports bring about animosity and can upheave society itself. In the Qurʾān, we find that Allāh (subḥānahu wa taʿālā) harshly rebukes those who spread rumours without verification.

“Whenever news of any matter comes to them, whether concerning peace or war, they spread it about; if they had referred it to the Messenger and those in authority among them, those seeking its meaning would have found it out from them.” [18]

In addition, Allāh (subḥānahu wa taʿālā) gives a severe warning for those who agitate the community by spreading false news:

“If the hypocrites, the sick at heart, and those who spread lies in the city do not desist, We shall rouse you against and then they will be your neighbours in this city for a short while.” [19]

To read the full statement by Horizons Association click here.

We ask Allāh (subḥānahu wa taʿālā) to grant Professor Tariq Ramadan and all those that have been treated unjustly good health and complete recovery, and that He brings about much greater good for them in this world and the next.