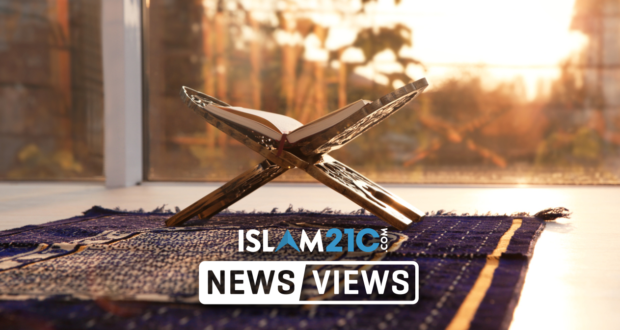 Shaykh Haitham al-Haddad alongside a number of other scholars and fatwa organisations across the world have spoken about Eid prayers during lockdown in these unprecedented times.

They discussed and addressed what Muslims should do if they are excused from performing Eid prayer in congregation in the prayer facilities, masājid, or open areas. Instead, they have provided some alternative choices.

However, some people may still be unsure, this short article will aim to clarify and put an end to any confusion.

A point of advice for Muslims in these circumstances

Firstly it is important to understand that there are no specific texts regarding this from the prophet’s sunnah, nor are there any statements from the Companions of the beloved Messenger (sall Allāhu ʿalayhi wa sallam). It is however an ijtihādi matter in which khilāf is permitted.

In addition, debating over the Eid prayer, or any other such issues, distracts us from what is more important — the last days of Ramadan and Laylat al-Qadr. This may be our final Ramadan and we must focus and ask Allāh (subḥānahu wa taʿālā) to accept it from us and to allow us to strive our utmost and grant us the tawfīq to make the most of these blessed days and nights.

Commenting on the matter, Shaykh Haitham has said:

“The matter is flexible and there is no need for debating. Let us spend our time more wisely and make the most out of these final precious moments — it could be your last Ramadan. Spend these moments in Salah, with Qur’ān, making du’ā and giving sadaqah.”

The statement includes the following:

Eid prayers are not entirely discontinued due to the lockdown caused by the coronavirus. The basic principle is to preserve the ritual acts of worship and to perform them even if Muslims are unable to complete them.

The fuqahā’ differed regarding the ruling of Eid prayer; the Hanafi view is that it is obligatory, similar to the witr prayer, and the Hanbali view is that it is obligatory so as long as enough people can uphold it. The Mālikis and Shāfi’is believe to that it is a Sunnah mu’akkadah (an emphasised Sunnah), and establishing such a Sunnah is obligatory on sections of the ummah. If it is likely to say that it is a Sunnah mu’akkadah, This is when it comes to the individual mandate, but as for the mandate of the ummah, it is a fardh kifāyah. The evidence for that is the Almighty saying: {So pray to your Lord and sacrifice [to Him alone].} [Al-Kawthar: 2]. Evidence is also derived from the persistence of the Prophet –  may God bless him and grant him peace – and it was not proven that the Prophet, peace and blessings be upon him, left it for any excuse.

The Eid prayer is valid in any pure place, and a mosque is not required for it. Preventing people from going out is therefore not necessarily prohibiting the same prayer. Imām Ahmad was asked about the one who missed the Eid prayer; namely, where should he pray? He said: If he wants, he can go to the musalla, and if he wants he can pray wherever he deems fit. Al-mughni by Ibn Qudama (2/289)

The fuqaha agreed that the Sunnan do not fall apart in their entirety. Likewise, the khutbah is not from the requirements of its validity. It is permissible to suffice with prayer alone, and it is permissible to repeat the Eid prayer, according to some jurists. Those who not permit the repetition of the Eid prayer, such as the Hanbalis, allowed for it to be repeated in the case that there is a fear of lack of space. There is no doubt that the fear of coronavirus spreading more severely than the fear of lack of space.

How to pray Eid at home:

In such a case, people are given the choice between four forms of Eid prayer:

The first: Eid prayer is four rak’ahs like the dhuhr prayer, and this is referenced when it was narrated from Ibn Mas’ūud that he said: “Whoever misses the Eid prayer, he prays four.” As a result, the Hanafis opine that it is obligatory, and that he who misses it must perform four rak’ahs.

The second: To pray two rak’ahs and to make takbīr loudly and then perform the khutbah afterwards.

The third: To pray two rak’ahs as it is done, with takbīr done loudly but without a khutbah.

It was narrated on the authority of Anas that when he did not witness the Eid prayer with the imām in Basra, he gathered his family and his followers, then with Abdullah b. Abī Ataba, his mawlā, he prayed two rak’ahs in which they would make takbīr.

The fourth: to pray two rak’ahs in secret without making takbīr loudly similar to the duhā prayer.

It is desirable to adhere to the etiquette and Sunnah of the Eid prayer, such as washing, perfection, wearing one’s best clothes, and eating dates before Eid al-Fitr prayer as well as every Sunnah that can be done.

Signatories to the fatwa:

Prof. Dr. Mohamed Khaled Mansour, Professor of Jurisprudence and Fundamentals at Kuwait University, and the University of Jordan