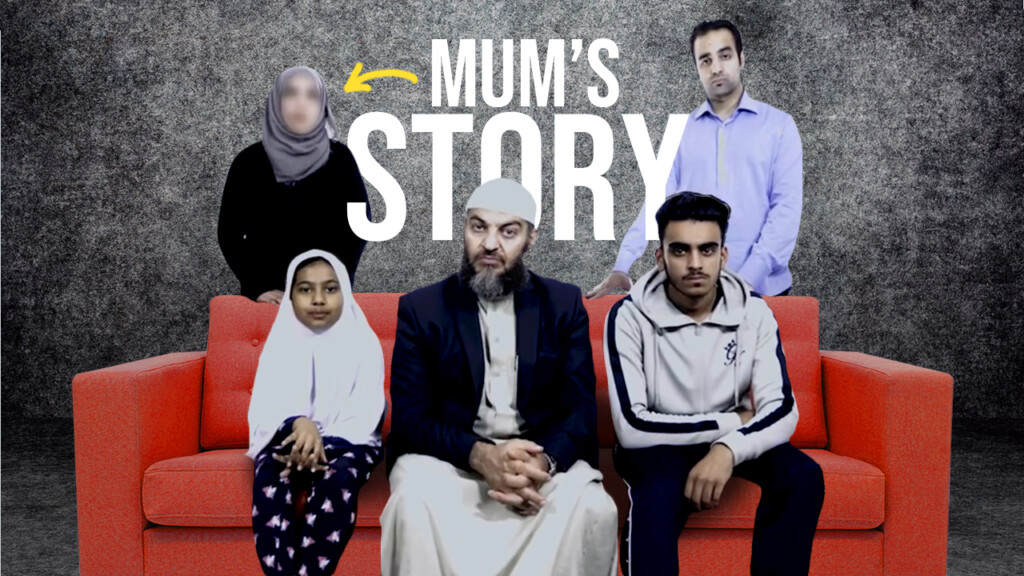 It is just an ordinary afternoon for Amina’s mum picking her up from school. As they are walking to the car, they notice an angry looking man approaching them. He is slurring his speech and they can smell the alcohol on him. He’s drunk, so his inhibitions are lifted and his true beliefs about them are lay bare.

It is no surprise that the verbal attacks on Amina’s hijab-wearing mum bear a striking resemblance to the rhetoric drip fed to the masses by the so-called “mainstream” media and politicians. Hijab, terrorism, grooming…he has inherited the effects of otherisation that started a millennium ago, which has only accelerated lately.

Amina’s mum instinctively knows what is happening, and what to do—unfortunately she’s heard it all before. But what is different this time, is this man has plucked up the “courage” to physically attack her.

Her story is sadly not unique. The recent acceleration of the dehumanisation and othering of Muslims based on centuries-old myths and stereotypes has enabled more and more to have the audacity to turn to physical violence. And, due to their inherent cowardice, they seek out the most vulnerable targets; the sister taking her child to school, the aunty going shopping, the little girl coming home from school, the list goes on.

There is a coherent theme running through all the chapters of this story; this violence does not erupt in a vacuum. The age-old stereotypes, misinformation and outright lies, the disempowering and refusal to give Muslims their own voice to articulate their own story, has led to an explosion of attacks against Muslims, predominantly our sisters.

In 2017 alone there were 1,678 anti-Muslim hate crimes reported in London alone, according to the Evening Standard[1]—hardly itself a champion of minority rights. Think about that for a moment. That is more than four crimes per day. That is not even the number of actual crimes—just the ones that are reported. And, we all know anecdotally that we as a community are some of the least likely to report these aggressions, especially those of us who grew up with the threat of overt racist abuse and violence being a norm.

When the “mainstream media” do finally report stories where Muslims are victims, we all have seen the disparity in the narratives. Mentioning some kind of terrorist attack at the same time, to re-contextualise it as a response to some kind of Muslim-initiated aggression; mitigating and contextualising the actions of a perpetrator whilst removing the story of the victim. When will we have our own ability to frame narratives in a more accurate and just way?

We told this story to highlight the broader context and narratives that reports of such attacks do not give. Make no mistake, the ones that carry out the violence—who the true enablers of Islamophobia and racism are happy to condemn—are just the tip of the iceberg, they are the consequences of a structural problem, which has existed since the 11th century.

But what is more tragic than the attack on our sister’s physical body, is the propensity for such constant challenges to chip away at our confidence in our īmān, and feeling of belonging where Allāh has placed us. The family in our story begin to question the perfection of divine values, which was Shaytān’s plan—their sworn enemy—all along before he sent his followers their way.

We are telling this story to show the connection between the physical and the spiritual trials. What impact has this story had on this family’s īmān? What is the remedy?

Many of us are lost when it comes to responding to the ideological attack in a constructive, confident way. We know it is wrong, but do not know how to go about addressing it in a comprehensive, constructive way—it’s easy to become emotional and reactive. We often unwittingly fall into character roles made for us by those pushing a hostile agenda. Muslims who naturally hold divine values are painted as a threat.

Of course we are not, but we are interpreted this way partly due to the difference in power and money behind the different narratives and worldviews, and partly because we do not have crystal clear narratives to articulate our views on delicate matters and disagreements authentically and in a mature, balanced way. And most of us do not know our rights, so are easily intimidated into silence.

This makes many Muslims feel stuck between a rock and a hard place. Do we “fit in” into wider society, or do we “stick to our guns”? The reality is this is a false dichotomy; there does not need to be a conflict between remaining steadfast to divine values and being successful members of society. But we need to invest in strengthening our community’s ability to speak for itself.

Islam21c has been honoured to be involved in addressing people’s confidence as Muslims, by providing guidance and narratives that are effective yet uncompromising. Countless articles, infographics, videos and podcasts are crafted regularly to serve one unique vision.

As I mentioned in the first article in this short series,[2] that vision is instilling confidence and impact in Muslims, and everything we do—all of our transformational digital content—has this in common.

Nothing is more fulfilling than engaging with brothers and sisters—particularly young people—and seeing their confidence grow. When they get to see the beauty, coherence and eminence of the Sharia accurately, it takes root deep within their mind and soul as it is, by its nature, irresistible when presented in an untainted way. Then, when they face challenges from the haters—it only increases them in īmān:

Those [believers] who responded to Allāh and the Messenger after injury had struck them. For those who did good among them and feared Allah is a great reward…

Those to whom hypocrites said, “Indeed, the people have gathered against you, so fear them.” But it [merely] increased them in faith, and they said, “Sufficient for us is Allāh, and [He is] the best Disposer of affairs.”[3]

Once they have that love and knowledge of Islamic matters that others are nervous to discuss, many brothers and sisters feel a sense of ease around how to approach these issues from our own perspective, rather than reacting to someone else’s provocations.

But the truth is we need help distilling and disseminating these narratives, fighting the community’s corner, and helping millions more grow in their confidence and love of Islam.

Many fall prey to massively-funded misinformation campaigns from a billion dollar Islamophobia industry—which operate heavily in the digital world. Do Muslims have sufficient resources and guidance to resist this?

This is why we are working hard with experts to empower the community’s imams, du’at and activists with mature narratives to bridge the polarisation that some have worked hard to create. We are not reinventing the wheel but work closely with all the major players in the community and outside it working in various domains to resist and dismantle Islamophobia and its causes, structurally and individually.

This requires us to continue our work to overcome obstacles to Muslim confidence and empowerment, such as those shown in this story. But the coronavirus lockdown has also had a severe impact on our financial situation, and we are in danger of not being able to carry out this work.

And most importantly, remember Islam21c and the Ummah we are trying to empower by Allāh’s will, in your du’ās.