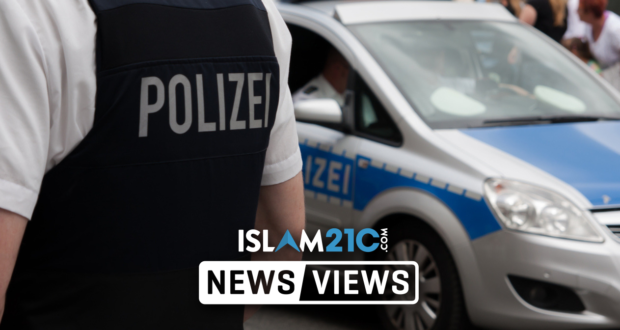 Ansaar International and Islamic Relief have been attacked by media and state agencies in Germany.

One of Germany’s largest charity organisations, Ansaar International, has had their doors kicked in, their offices ransacked, and their equipment confiscated by police in cities throughout the country. Furthermore, the charity’s bank accounts have been repeatedly blocked or frozen, obstructing ongoing aid projects, Islam21c has been told.

The charity organisation was accused of supporting Hamas, the governing of body of the Gaza Strip, using the guise of humanitarian aid to collect and transfer funds to the Palestinian group. Ansaar International, however, have repeatedly denied these accusations, saying that there is no evidence for these claims. They have also publicly disassociated themselves from these accusations.

“Ansaar International is a cosmopolitan community and is committed to the peaceful coexistence of all religions. It is always willing to cooperate and therefore openly approached other associations. False allegations and suspicions are randomly placed in the public domain. In spite of repeatedly made public dissociations from the accusations of radicalising or financing terrorist organisations; the fictitious accusations do not come to an end. Such and similar attacks on this non-profit organisation are highly undemocratic and destructive.”

A statement from Interior Minister Horst Seehofer said that “whoever supports Hamas under the guise of humanitarian aid disregards fundamental values of our constitution and discredits the commitment of many aid organizations”.[1]

Since 2005, the Gaza Strip has endured an oppressive siege by ‘Israel’, and faces routine assaults by the occupation that leaves vast areas of the territory destroyed and thousands of innocent Palestinians martyred.[2] Furthermore, ‘Israel’ prevents vital supplies of medicine, construction material, and general aid, which is needed to rebuild the Strip, from crossing through, thus, leaving its citizens in a continuous state of despair and its infrastructure in ruins.[2]

The news comes as a German media outlet DPA reported the attack on another mainstream Muslim organisation, Islamic Relief Deutschland. The Federal government accused the charity of having “significant ties” to both the Muslim Brotherhood in Egypt and Hamas, who had emerged from the group, in response to a question from an opposing parliamentary group.[3] They also stated that there was an “ongoing examination by the Federal court of auditors”.[4]

Similarly, Islamic Relief Deutschland CEO told the media outlet that they “have no contacts with the Muslim Brotherhood” and that it does not support Hamas.[3]

Ansaar International was founded in 2012 and has been one of the largest aid organisations in Germany ever since. They work on more than 5,000 projects, including construction measures and concepts for emergency aid in crisis areas. In addition, the association operates nine hospitals, of which six are currently in operation and three are still in the construction phase.

The charity also supports more than 3,000 orphans financially through the construction of schools, kindergartens and training centres, giving children and young people who previously had no prospects the chance of an education.

Many have seen the attack of these Muslim organisations as highlighting the growth of Islamophobia in the country. German Muslims are finding it extremely difficult to practice their faith, regardless of their school of thought or sect. One German Muslim told Islam21c that “the UK is like a paradise, like Sharī’a” for Muslims to practice Islām compared to the repression they experience in Germany.