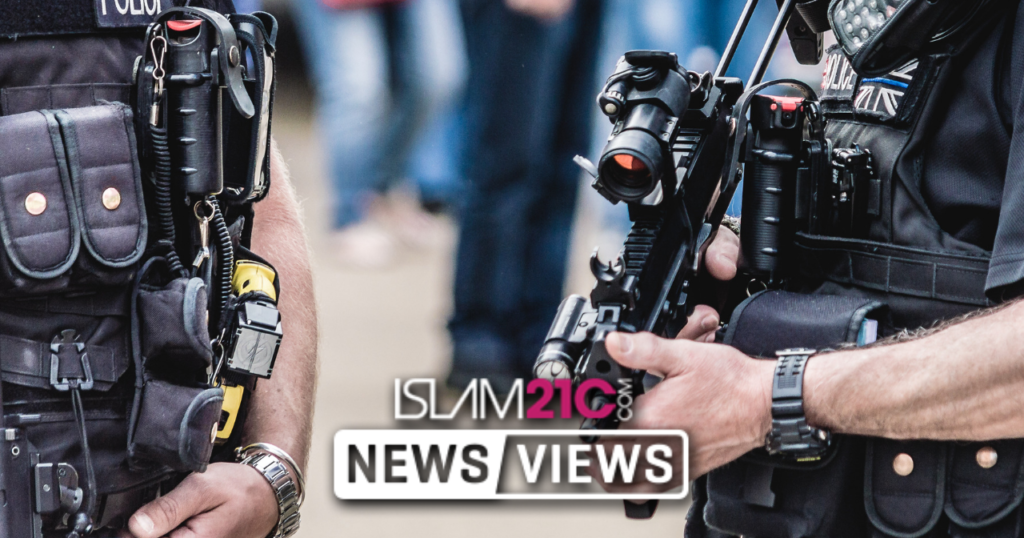 Parliament has passed the newly legislated Counter-Terrorism and Border Security Act into law and it has received royal assent.

The new counter-terror law, passed on Tuesday, will see the UK’s security apparatus being granted farther-reaching powers that will affect public and private life in the UK.

The passing of the bill, however, received little media coverage due to the main focus on the infamous Prevent strategy and the ‘independent review’ it is currently facing, thus allowing it to pass with little scrutiny from the public.

Key aspects and issues of the Act include a new wider range of terror-related offences with longer prison sentences, increasing the scope of surveillance and intelligence gathering outside of crime with new powers to stop and search civilians without requiring a legitimate reason as before. Many have said this will bring local authorities into the fold of Prevent, thus securitising the public sector and allowing the state to arbitrarily detain individuals without any evidence of terror-related activity. [1]

“These terror laws are about control and silencing dissent” said Asim Qureshi, the research director at CAGE, adding that “As we have consistently highlighted, counter-terror legislations are a danger to all of society, when in place, they are used to curb the activities of all who challenge Government policies, from environmental protestors to citizen groups protesting against state overreach.” [2]

“The challenge for all right-thinking people is to unite in dismantling the countless laws passed under the guise of fighting terrorism and return to an evidence-based approach to addressing the challenges we face,” he said. [3]

Prevent is one of the four strands of the government’s counter-terrorism strategy which is known as ‘Contest’. Unlike the other strands—which exist to deal with things related to actual terrorism—Prevent was created to combat “extremism”, which was defined as the opposition to so-called “British values”. [4]

This was due to the misguided, ideologically-based belief—now purportedly rejected by the government itself—that something called “extremism” causes terrorism. This underlying “radicalisation” theory still remains in Prevent vocabulary despite the government distancing itself from the refuted conveyor belt theory and the ERG22+ “extremism” risk factors that were once offered as justifications for the policy, before their “scientific” basis was condemned by 140 experts across the world off the back of a CAGE report exposing it as “pseudoscience”. [5]

The United Nations special rapporteur on racism stated that, “The Prevent duty is inherently flawed, and expansion of a flawed program to cover more groups is by no means curative.” This expresses that the targeting of Far-Right groups does not obfuscate the harm carried out by the Prevent strategy.

Last month Ben Wallace, Minister of State for Security at the Home Office announced that Prevent would face an independent investigation after ministers agreed to address concerns over its impact on British Muslim communities across the UK.

COUNTER EXTREMISM STRATEGY COUNTER-TERRORISM NV1440 PREVENT
Share. Facebook Twitter LinkedIn Email Telegram WhatsApp
Previous ArticlePlanning for our Children’s Future
Next Article Leaders who are afraid to be clear about Islam do us a disservice