Are you ready for our first ever NATIONAL CAMPAIGN?
Home / News / Inquiry launched into deadly Grenfell Tower fire 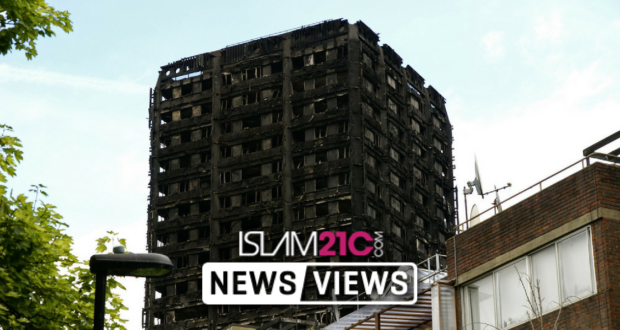 An inquiry has begun examining the causes behind the Grenfell Tower fire in the Kensington district of West London last year.

Judges will lead an investigation, spanning over the next 18 months, into factors leading to the deadly blaze which officials say took the lives of 72 people.

Police have said that they are considering levelling individual or corporate manslaughter charges for the Grenfell fire however, to date, no charges have been made.

Officials from Kensington and Chelsea, one of the United Kingdom’s most affluent boroughs, have been accused of negligence and of dismissing the safety concerns of residents as the publically owned tower was home to mostly working-class or immigrant families.

The inquiry, which began this Monday, will examine how local authorities and emergency services responded to the fire, as well as investigate the efficacy of the UK’s regulations for high rise buildings.

Survivors of the catastrophic fire have voiced concerns that the official inquiry may fail to consider wider social issues underlying the incident, such as the quality of social housing and negligent landlords.

Addressing these concerns, Judge Martin Moore-Bick who will be leading the inquiry said that he and his team “were determined to provide the answers” sought by the surviving families.[1]

Friends and family members of the Grenfell victims marked the two weeks running up to the launch of the inquiry with personal tributes promising that the lives lost in the tragic fire would not be forgotten.

Grenfell United, a group representing the survivors and grieving families, hailed the investigation as “the beginning of a long road to justice”.[2]

The organisation criticises the government and local authority for ignoring the safety warnings and concerns raised by the residents before the fire.

In their statement the group added: “the scale of the tragedy has devastated our lives and our community. What makes it even worse for us is the knowledge that these deaths were completely avoidable.” [3]

A recent independent report conducted by the charity Muslim Aid criticised the local council for its “badly flawed” response to the fire.

The review found that volunteers were left to help the survivors of the fire in the face of “limited co-ordination” from local authorities as well as “bad leadership.”[4]

Muslim Aid warned that similar tragedies could occur “at a time when the frequency of disasters in the UK is likely to increase due to climate change, vulnerability to terror attacks and the inherent risks of life in crowded, unequal cities.”

Muslim Aid CEO Jehangir Malik said he could have “expected this chaos in a developing country” with questionable infrastructure, adding: “I honestly thought we had better disaster preparedness and response systems here in the UK.”[5]

The victims killed in the disaster ranged from entire families, mothers with their children, young couples to an 84 year old woman and a stillborn premature baby.[6] In one case the fire claimed the lives of three generations of the same family, which once lived on the 22nd floor.[7]