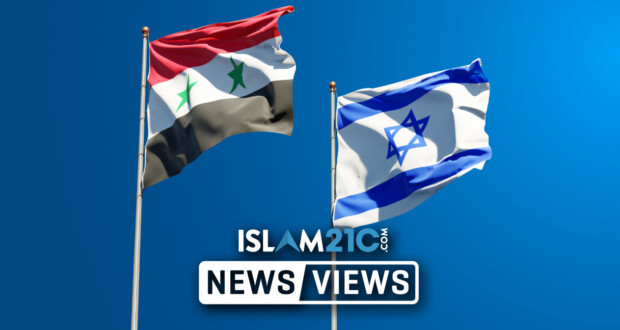 ‘Israel’ and the Syrian Arab Republic have been enemies for decades, so it may come as a surprise that ‘Israel’ is reportedly paying millions of dollars towards procurement of the Russian-made Sputnik V COVID-19 vaccine for the Syrian regime. [1]

On 3rd February, Syrian authorities detained a young Israeli woman who accidentally crossed the border into Syria. [3] The ever-fragile Israeli government, led by Prime Minister Benjamin Netanyahu, consequently decided it would negotiate with the Syrian dictatorship with the help of Russian mediation. Russian president Vladimir Putin reportedly suggested that ‘Israel’ pay for a large quantity of Sputnik jabs for the Syrian regime in an attempt to facilitate a prisoner swap between the Israeli woman and two Syrian shepherds that ‘Israel’ had also recently detained. The vaccine purchase was reportedly meant to remain confidential. [4]

“Roughly two weeks ago, we received information about an Israeli civilian woman being held by Syrian security forces. She crossed to the Syrian side of her own volition and by herself — an incident that we will be investigating.”

“We immediately began working to bring her back. We clarified to the other side that she was a civilian and that this was a humanitarian issue and not a security one. We held conversations with the senior-most Russian officials, our counterparts. I spoke personally with the Russian defense minister, whom I’d like to thank for his involvement and for the assistance from the Russian government in the effort to return her home…” [3]

The news of the compromise from Netanyahu, and the Syrian regime’s success in profiteering from a delicate situation, will not only raise eyebrows in ‘Israel’, but also be a profound disappointment to the Palestinians who have until recently struggled to acquire doses of the vaccine.

BBC News reports that the Palestinian Ministry of Health has confirmed it now has deals in place with four pharmaceutical companies, and the agreements should provide enough doses to vaccinate 70% of the Palestinian population. [5] The COVAX scheme run by the World Health Organisation is also expected to provide free doses to cover 20% of the population, in line with its aim to provide similar quantities to other poor countries. [6]

Although the Israeli government initially put out a ‘Military Censor’ – a half-century-old piece of legislation that effectively acts as a gagging order when the military deems there is a risk of the media leaking stories that may harm its interests [7] – to keep the secret trilateral negotiations from becoming public knowledge, members of the Knesset are not affected by the law. Arab-Israeli politician and Knesset member, Ahmad Tibi, said on Twitter:

“Last week, I raised in the Knesset a demand to allow the entrance of thousands of vaccines to Gaza and to provide vaccines to Palestinians in the West Bank from the large inventory that Israel has (which is the responsibility of an occupying force). Did I need to wait for a Jewish wo/man to cross into Gaza so that [Palestinians] could get a vaccine?” [8]

In another tweet, Tibi expressed his outrage regarding the roughly 100,000 doses of Moderna’s COVID vaccine that ‘Israel’ is sitting on, whilst it evidently has more supply of the vaccine than demand requires, yet refuses to provide the Palestinians with a sizeable contribution. [9]

“Israel has over 100k #COVIDVaccine that are not being used yet it refuses to fulfill its responsibilities as occupying power providing vaccination to Palestinians. This is utterly immoral, proper of a government obsessed with perpetuating apartheid.” [10]

After dragging its heels, ‘Israel’ finally approved on Wednesday the transportation of 2,000 Russian-donated Sputnik jabs to the besieged Gaza Strip – which has a population of roughly 2 million. [11]

The Palestinian Minister of Health, Mai al-Kaila, clarified regarding the low quantity of jabs:

However, there is some confusion as to which Gazans will receive the vaccine from the above consignment. The health ministry’s spokesman, Ashraf al-Qidra, suggested, “This small batch will be allocated to the most vulnerable people who have had organ transplants, as well as elderly patients with kidney failure…” [11]

Palestine continues to see a high number of COVID-19 cases, with current statistics suggesting a total of over 170,000 cases and just under 2,000 deaths. Since early July 2020, the number of cases has been steadily rising, and on average there are between 500 and 1000 new cases daily. [12]

2021-02-20
Shaheer Choudhury
Previous: Condolences on the passing of Sheikh Muhammed Emin Saraç
Next: “I seek protection only from Allah”