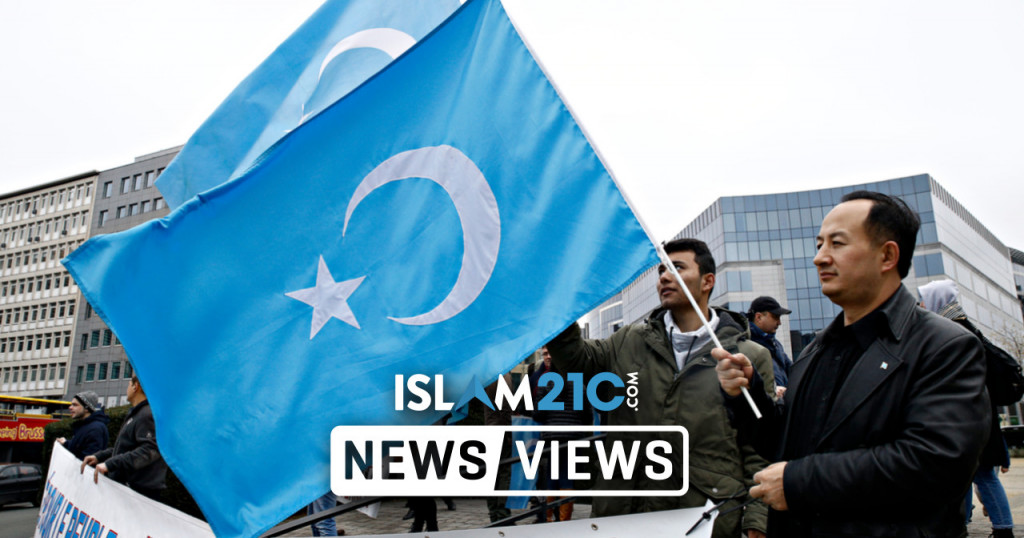 In order to follow the day’s events, organisers of the tribunal have set up a live stream, which can be viewed here.

In response to atrocities being committed by the Chinese state against several Muslim minority groups, a groundbreaking people’s tribunal will convene today, where the first series of hearings will be heard by a UK-based panel. The tribunal will probe available information regarding the “alleged genocide and crimes against humanity against Uyghur, Kazakh and other Turkic Muslim populations” being perpetrated by the Chinese Community Party (CCP) in East Turkestan, which is referred to as Xinjiang province by the Chinese leadership. [1]

The tribunal’s roots can be traced all the way back last year to June 2020, when the notion was formally recommended by Dolkun Isa, President of the World Uyghur Congress, to the veteran barrister Sir Geoffrey Nice QC. Nice was asked to chair and investigate the “ongoing atrocities and possible Genocide” against the minority Muslim populations in East Turkestan. As a response to these pleas, the eagerly anticipated Uyghur Tribunal was officially launched on September 3rd of 2020. [2]

The pioneering nine-person commission – comprised of a number of senior human rights experts and UK-based lawyers – is set to delve into the murky waters of China’s oppressive and ongoing genocidal acts towards the Muslim minorities residing in the region of East Turkestan. The charges presented are grave, and include mass rape and murder, the forced sterilisation of women, and slave labour to name but a few. [3] [4] [5] [6]

“The Tribunal is assessing allegations that the PRC is responsible for the crime of genocide against the Uyghurs, Kazakhs and other Turkic Muslim populations and/or crimes against humanity arising from consideration of the prohibited acts of genocide. Alleged prohibited acts include killings, serious bodily or mental harm including sexual violence, conditions of life calculated to destroy, measures intended to restrict births and/or forcible transfer of Uyghur children from their parents to other groups.” [7]

Unsurprisingly, China has desperately scrambled to denounce the tribunal before it has even commenced, which is indicative of the damage and humiliation the yet to be disclosed evidence is likely to inflict. Chinese Foreign Ministry spokesperson Zhao Lijian claimed last week that the commission is a sham trial, suggesting:

“It is not even a real tribunal or special court, but only a special machine producing lies … It was founded by people with ulterior motives and carries no weight or authority. It is just a clumsy public opinion show under the guise of law.” [8]

However, the decision to investigate China through this tribunal was not an accident. For a long period, traditional legal routes to hold China to account – such as the International Criminal Court (ICC) and the International Court of Justice (ICJ) – have been theoretically and practically blocked due to a sense of unwillingness by major world powers to upset the Chinese government. As a non-conventional alternative, this non-binding yet powerful people’s tribunal will hopefully garner further international support and raise awareness to the plight of Turkic minorities suffering under Beijing’s genocidal rule.

The chair of the tribunal, Sir Geoffrey Nice QC, has decades of experience in the British and international legal systems. He prominently led the trial of the former and now deceased Butcher of the Balkans, former Serbian President Slobodan Milosevic. Besides leading Milosevic’s case through the years 1998–2006, Nice has subsequently worked hand-in-hand with the International Criminal Court. [9]

While the Uyghur Tribunal will be based in London, overall, the United Kingdom has been one of the slower countries in declaring the Chinese oppression of the Turkic minorities as being a genocide. However, there has been recent progress in the form of a parliamentary motion, which was successfully passed in April and hailed by Sir Iain Duncan Smith as a “a historic moment.” [10]

In addition, whilst speaking during the debate, Nusrat Ghani MP said, “All five criteria of genocide are evidenced as taking place in Xinjiang.” At the time, the Conservative member for Wealden also warned that countless prisoners were being subjected to “brutal torture methods, including beatings with metal prods, electric shocks and whips.” [10]

Around the world, the global stance on the calamitous situation of the Uyghurs and other Turkic Muslim minorities in East Turkestan has been palpable. With the UK’s Westminster parliament now in agreement that China is committing genocide, and immediately after similar statements from countries such as the Netherlands, the US, and Canada were issued as well, the people’s tribunal is set to further galvanise popular support for the pursuance of justice for the Uyghurs, Kazakhs, and all other Turkic Muslim populations in East Turkestan. [11] [12] [13]

With the first of many hearings taking place today, the second session of hearings will be held in September, with a final judgement envisaged to be reached by the end of 2021 or early 2022, depending on any potential disruptions from the ongoing Covid-19 pandemic.