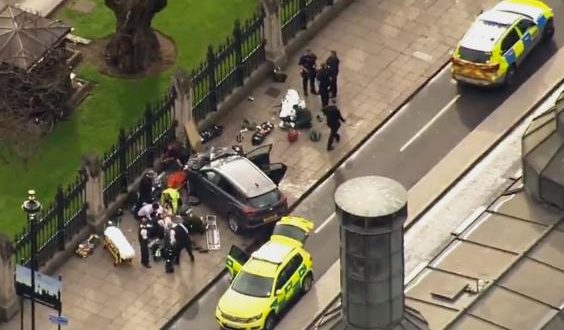 Muslim organisations based in London have been among those on the forefront offering condolences to victims and calling for logic and reason to prevail over angry mobs, following yesterday’s tragic events.

We are shocked and saddened by the act of mindless violence that took place at Westminster and our thoughts and prayers are with those who have lost loved ones and with those that were injured during this incident.

This act of violence is utterly deplorable and one that will find no room in any community. We stand firmly against anyone who wishes to use this tragic incident to create fear and divisions in our society.

Only last weekend over 30,000 people marched in solidarity against all forms of hate, and we reiterate our commitment to stand up to racism, anti-Semitism, Islamophobia and all forms of hate.

Together with Stand Up To Racism, MEND is organising unity vigils across the country in a show of solidarity with those who have lost loved ones, those that have been injured and to say no to hate and division.

CAGE expresses its deepest sympathies with the victims of the attack that took place at Westminster earlier today.

It is important that an atmosphere of calm and restraint prevails in the wake of what appears to be an indiscriminate incident.

“We express our deepest sympathies to all those who have lost their lives in this incident, and to those many injured.”

“While we accept that the security services and the police play a crucial role in keeping the public safe, such attacks which require very little planning cannot be thwarted by ever more securitisation and policing of communities. Reactionary policies in the UK have a global ramification and it is important that the government leads with policies that seek to end the global cycles of violence rather than further them.”