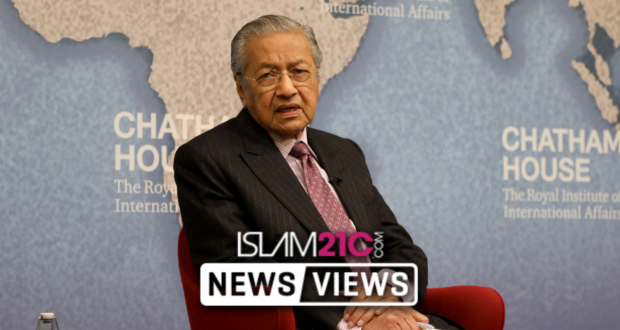 ‘No place for Israeli athletes in Malaysia’ says Malaysian PM

Speaking at a press conference in China on Thursday, Mohamad said that his government would not allow the Israeli swimming team to enter Malaysia and participate in the 2019 World Paralympic Swimming Championship in the summer.

“The government will maintain its steadfast position regarding this issue as a means to protest against the continuous Israeli oppression of the Palestinian people.”

Kyung also said that the refusal to allow entry to the Israeli athletes was part of Malaysia’s policy in dealing with Israel.

The Israeli Olympic committee has pressured the Malaysian government to issue visas to their swimming team but the government has remained to its policy and refused the repeated requests.

The committee has also tried to pressure the organisers of the event to cancel the championships from taking place in the south-east Asian nation but has also failed.

Hamas, the Islamic Resistance Movement and governing body of the occupied Gaza Strip, praised the Malaysian government for refusing the Israeli athletes and has called on all Arab and Muslim nations to follow Malaysia’s position

Malaysia has categorically rejected Israel’s attempts at normalising diplomatic ties due to its support for the Palestinian people and its struggle against the illegal occupation.

2019-01-12
News Editor
Previous: Theresa May humiliated by two defeats on Brexit votes in parliament
Next: Refugees face ‘real risk’ of freezing to death after heavy rainfall in Syria