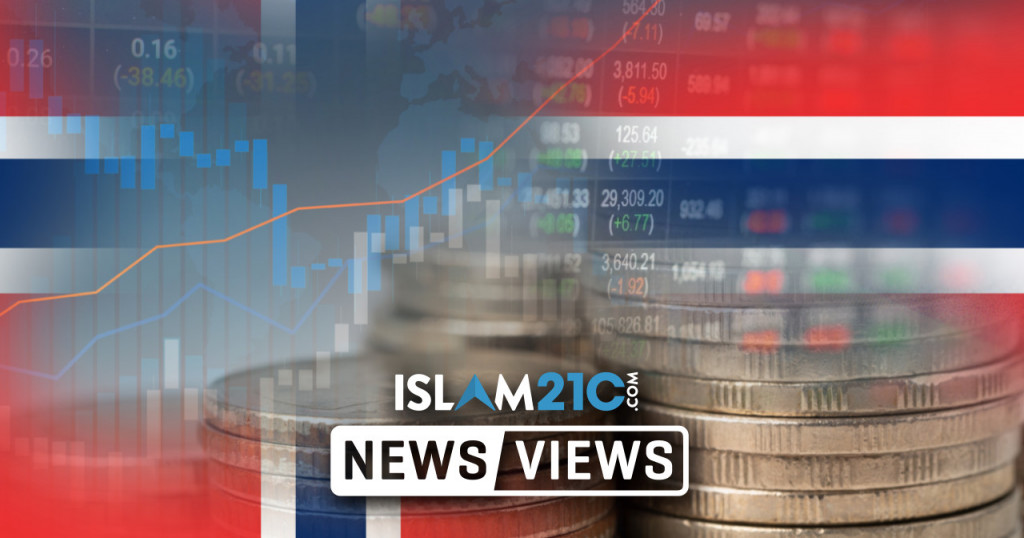 Norway’s largest public pension fund has announced that it has divested from 16 businesses due to their connections with illegal settlement projects in the occupied West Bank. The prominent company Kommunal Landspensjonskasse Gjensidig Forsikringsselskap, better known as KLP, made the announcement regarding its major divestment plans on Monday. [1] [2]

Kiran Aziz, KLP Kapitalforvaltning’s senior analyst and board member of both the Norwegian Refugee Council (NRC) and the International Commission of Jurists (Norway) [3], justified the decision in the following statement:

“Our assessment is that there is unacceptable risk that the excluded companies contribute to violations of human rights in war and conflict situations through their affiliation with the Israeli settlements in the occupied West Bank. This is supported by the rules concerning occupation in the Hague Regulations and the fourth Geneva Convention.” [1]

The companies under the spotlight include several notable energy, telecommunications, construction, and financial service providers. All of them are likely to be negatively impacted by KLP’s divestment, which takes away 275 million kroner (approximately 31.81 million US dollars) in funds.

In a press release on July 5, KLP explained that it had “made careful deliberations after the UN High Commissioner for Human Rights published a list of companies with activities linked to the Israeli settlements in the occupied Palestinian territory”. [1]

The organisations that KLP has excluded owing to their complicity in illegal settlement activities are the following:

Regarding its sale of all investments in Motorola Solutions, KLP explained that it was “a very straightforward decision over its surveillance role in the occupied territories”. Furthermore, KLP even argued that “Motorola and other companies risk complicity in international law violations in occupied Palestine”. [3]

The welcoming development came earlier this week, after the fund had concluded its study of the February 2020 report released by the UN High Commissioner for Human Rights (UNHCHR). The comprehensive report blacklisted “112 business entities which the UN Human Rights Office, on the basis of the information it has gathered, has reasonable grounds to conclude have been involved in one or more of the specific activities referenced in Human Rights Council resolution 31/36”. [4]

Resolution 31/36, which is cited in the 2020 report, refers to the 24 March 2016 Statement passed by the UN Human Rights Council. The document outlining the mechanics of the Statement bore the following title: “Israeli settlements in the Occupied Palestinian Territory, including East Jerusalem, and in the occupied Syrian Golan.” It was the Resolution which set the groundwork for the development of the elaborate 2020 UNHCHR report. A significant section of the Resolution called for the creation of a database that meticulously lists all entities which are engaged “in certain Israeli settlement activity in the occupied Palestinian territory”. [4] [5]

“I am conscious this issue has been, and will continue to be, highly contentious. However, after an extensive and meticulous review process, we are satisfied this fact-based report reflects the serious consideration that has been given to this unprecedented and highly complex mandate, and that it responds appropriately to the Human Rights Council’s request contained in resolution 31/36.” [4]

KLP noted in its July 5 press release that until recently it had a holding of 275 million kroner in the 16 companies. It justified its decision to divest by arguing that there is a high level of risk involved in keeping such investments.

The fund’s senior analyst Kiran Aziz further added that the decision to divest from the 16 companies is fully justified, since every one of them is complicit in the construction or maintenance of illegal Israeli settlements.

“The banks have been excluded because we believe that by funding residential construction, they contribute to the development, expansion or maintenance of the settlements. Construction companies have been excluded due to their deliveries of materials and infrastructure. Exclusion of telecommunications companies has been done because communication services are considered basic infrastructure for modern societies.

The enormous Nordic KLP pension fund has a strong record in adjusting its business practices in line with the socio-political concerns of the day. For instance, after news agencies revealed in December 2019 that British security company G4S was complicit in human rights abuses against migrant workers in the UAE, KLP immediately excluded the firm from investment. This bold move actually reflected a broader national effort in tackling these rights violations. For instance, the Norwegian sovereign wealth fund blacklisted all shares of G4S. In addition, the country’s Council of Ethics, which polices investments in the trillion-dollar Government Pension Fund Global (GPFG), said that there was an “unacceptable risk of the company contributing to systematic human rights violations”. [7] [8]

In late June 2021, KLP also took a decisive stance by excluding India’s largest port operator, Adani Ports and Special Economic Zone Limited. Adani has been accused of facilitating the Myanmar junta’s rule over the country. The junta is responsible for murdering thousands of Rohingya Muslims, and has forced a million of them to flee to neighbouring Bangladesh, in what many in the international community have called a genocide. Adani is currently working in tandem with the Myanmar junta to build a container terminal in the city of Yangon. There is great concern that the army will use such a terminal to bring in weaponry and further subjugate the masses. [9]

Regarding Adani, KLP’s Aziz noted the following points of concern in her June statement:

“Adani’s operations in Myanmar and its business partnership with that country’s armed forces constitutes an unacceptable risk of contributing to the violation of KLP’s guidelines for responsible investment…In this way, the port could be used by the army to continue its violations of human rights.” [9]