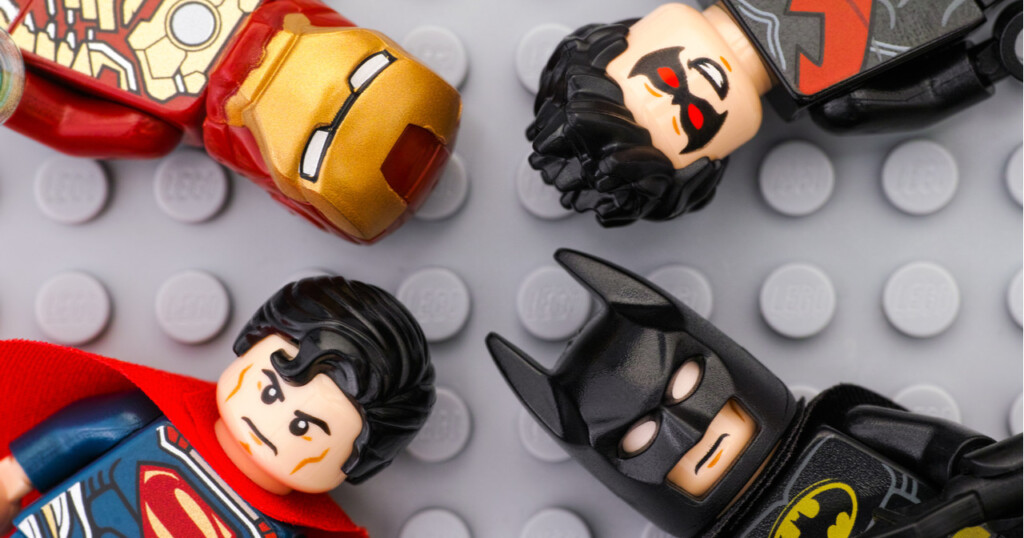 One of the most effective ways of propagating any message is by rendering it as a story. This is especially so during contemporary times. Stories can be vital devices for evoking rich thoughts in the minds of readers, listeners, and viewers. In fact, they sometimes can be revolutionary in sparking a positive change within greater society. The anecdotes of personal or third-person events are often enough to draw the attention of any crowd, who often anticipate the story climax. The story ending can be full of twists and thrills, laughter and shock, and sometimes even morals and lessons. Ultimately, stories can serve a higher purpose by making people adopt new critical ideas, contribute towards the betterment of society, or even develop into revolutionary figures.

Today, the film industry is an avenue brimming with stories of different genres. Hollywood has recently facilitated a golden age of comic book adaptations by incorporating the stories of superheroes onto the big screen, which have been bolstered by huge successes in the critical and financial spheres. The movies in this genre have broken records originally set by their predecessors. And while many predict the bursting of the genre’s bubble,[1] there are no evident signs that this positive trend will end anytime soon. Quite to the contrary, over 30 movies of this kind are expected to be released in the next three years alone.[2]

Some may be surprised to learn that while these movies garner successive awards for their purportedly sophisticated and innovative storylines, the inspiration for these stories are often the lives of prophets from scripture. Comic book writers have often stated this, and then allowed Hollywood to add computer graphics, some witty dialogue, a blockbuster worthy budget, and an all-star cast. These are critical ingredients needed to adapt the storyline into a widely accepted medium. Once the stories have been produced into elaborate and attractive moving pictures, the producers and actors earn all the credit. Upon reflection, it still becomes apparent that there are many similarities between these modern narratives and the stories found in the Qur’ān.

Slaves to the Superheroes

The core aim of a film is to deliver a dramatic and intricately woven narrative in a convenient and digestible way. We witness modern renditions that reproduce olden tales in an expressive and translatable manner on the big screen. Oftentimes, these narratives rely on the depiction of problematic experiences which cause a breakdown of events, some of which are disjointed. However, it is these hurdles and obstacles which shape the protagonist’s character development. Oftentimes, a groundbreaking incident is needed to set off this chain reaction. This catalyst usually is a tragedy, such as an accident, the death of a loved one, or receiving bad news. This symbolises the springboard for the character’s development, so that they can later go on to accomplish something truly amazing. This turning point in the plot is often referred to as the “character arc”.

This type of hijacking, or more appropriately ‘whitewashing’, has occurred throughout all of history. In fact, it has never been limited to merely Islam or Muslims. A recent and more serious affair is the notion of slavery. Although it was more prominent in the West about 100 years ago, it was in fact the West which received praise for convincing everyone that they liberated the world from all forms of enslavement. This claim is belied by the fact that over 1400 years ago, it was the constant practice of the Prophet Muhammad (sall Allāhu ʿalayhi wa sallam) to free slaves.

On the authority of Abū Hurayrah, the Messenger of Allāh (sall Allāhu ʿalayhi wa sallam) said:

“Feed the hungry, visit the sick, and set the captives free.”[3]

In another narration, he (sall Allāhu ʿalayhi wa sallam) is reported to have said:

“Whoever frees a Muslim slave, then Allāh will free every limb of his body from the hellfire, even his private parts.” [4]

Time and time again, the Prophet (sall Allāhu ʿalayhi wa sallam) would order a Muslim to do an act of expiation for a wrongdoing or sin, but for valid reasons a companion sometimes could not pay it. As a result, he started to introduce among Muslims the practice of freeing slaves. Emancipation is a process that Muslims introduced, but human beings have forgotten these realities. By their nature, humans only remember the more recent happenings, namely what comes after, not what came before. Because of our limited levels of discernment, we have inadvertently overlooked the original narratives found in the Qur’ān in exchange for the modern-day superhero genre. This type of historical amnesia is justified by the weak argument that Western efforts are modern and enlightened actions, while anything the Qur’ān has to say is a relic of the past.

Likewise, we have allowed the world to appropriate these incredible stories. This is despite the irony that the key figures behind these superhero stories have openly admitted that the motivation for these characters and stories came from the lives of the Prophets themselves! Every single superhero story you watch today is based upon a generic template of prophethood which has simply been replicated.

Where the similarities lie

Each story features a figure that does not realise their special talents until they are struck by a tragedy. Peter Parker became Spiderman after he was bitten by a spider. Bruce Wayne’s motivation to become Batman was sparked after witnessing the death of his parents in an alleyway. Likewise, Yusuf (ʿalayhi al-Salām) was betrayed by his brothers and thrown into a well. Later on, he was wrongfully imprisoned for falsely being accused of attempted fornication. Mūsā (ʿalayhi al-Salām) had two unwarranted death sentences put on his head: the first for merely being born, and the second for accidentally killing someone. The latter event led him to flee from his land. The major difference between the stories in the Qur’ān and the storylines in these movies is that our stories find their origins from the Divine reality, while the movies were created by non-Muslims.

By using the above-mentioned template, they failed to attribute anything to the divine power of Allāh. Instead, they replaced Him with bizarre phenomena like kryptonite, a metal armour suit, gamma radiation poisoning, or even a radioactive spider. Any creative or unusual scientific event to keep God out as the miraculous power resource is exploited. This is done in order to give the impression to the viewer that these suits, accidents, and coincidences are root causes of their supernatural powers. But as Muslims, we know that if these talents and strengths could be traced back to anyone or anything, it can only be from Allāh and Him alone.

The characters in these stories then go through a period of self-doubt, as illustrated in the story of Mūsā (ʿalayhi al-Salām). Even after he knew that he was a Prophet and that Allāh had given him this special authority, he still questioned himself. Even the greatest person of humanity, Muhammad (sall Allāhu ʿalayhi wa sallam) was uncertain of whether he was worthy to take on the mantle of prophethood, despite being approached by Angel Jibrā’īl.

Usually, the third facet of these stories is that the hero starts rescuing many people after it dawns upon them that they are saviours of a given nation. For example, Batman initially leaves Gotham, but returns after feeling the affinity to lead and protect his people. Similarly, after Mūsā (ʿalayhi al-Salām) left Egypt, Allāh commanded him to go back to Pharaoh and free the Israelite slaves to prove this very point.

These correlations are not random, as they are all intricately based on the prophetic formula. We watch these movies in their final version and become so amazed to the extent that we often forget that which is divine, pure, and historically true. Unfortunately, this then means that the stories we read and study from the Qur’ān do not leave the same impact upon us. A key reason for why this is the case is because as opposed to books and written works, busy consumers find it much easier to access and watch movies. But as people of divine faith, we should turn to Allāh’s book for any spiritual reminders and guidance.

“We have certainly sent down to you a Book in which is your reminder. Then will you not reason?”[5]

In the stories of the Prophets, we are able to derive direct lessons that can shape and improve our personal lives. In a sense, these stories are actually an opportunity for you to make your own personal life story better. Allāh selected these verses and mentioned these figures for you to draft your own story. You may not be a prophet or messenger, but Allāh had a purpose when telling you these powerful events from the past. You may not have the kingdom of Sulaymān (ʿalayhi al-Salām) or the powerful abilities of Dāwūd (ʿalayhi al-Salām), but in their stories, there is still a human aspect for you to learn from. This is the mass appeal of these stories: to relate to the viewer the astonishing level of humanity that exists behind the miraculous events.

Now is the perfect time to reclaim the story.

Even when we stopped reading the Qur’ān and reflecting over its numerous lessons and stories, Allāh (subḥānahu wa taʿālā) has still given us other avenues to see and appreciate His signs. He has used every available manifestation of nature as a means for us to reflect upon His powers, whether it is through animals or ordinary human beings.

“We relate to you [O Muhammad] the best of stories in what We have revealed to you of this Qur’ān, although you were before it from among those who are unaware.”[6]

It is only when we stopped reading our own stories and taking their lessons that we started to follow the alternative narratives of the same story. A superhero story is something that is fictional, and is made up to stimulate temporary enjoyment, not to impart impactful lessons. Yet we have to note that a story coming from the Qur’ān serves an entirely different purpose.

“In their stories there is truly a lesson for people of understanding.”[7]

Imam As-Suyuti (raḥimahu Allāhu) derived over 100 lessons from the story of Mūsā (ʿalayhi al-Salām) and Khidr alone. These lessons are regarding matters pertaining to knowledge, patience, manners, productivity, determination, and much more. All of these benefits stem from one story!

Also read: Seeking Knowledge – Lessons from the story of Mūsā and Khidr

That is because the stories which are full of rich morals and ideals are actually found in the Qur’ān, not on the big screen. It provides details of everything that is required for the guidance of humankind. This is unlike the case of modern stories, which are often written simply for mere entertainment and amusement.

Many will claim that the argument which I have just expressed is fallacious. They may argue that the number of stories is in fact finite, and plots are of a defined number. Many academics believe that there are just seven basic narrative patterns in all of storytelling — frameworks that are recycled in fiction but filled with diverse characters, locations, and conflicts.[8] Yet, the ones which we make use of in the form of recycled stories, as is the case with many superhero films today, can actually be exhaustive. One may concede that the Qur’ān has been the architect for many stories throughout history, with small alterations made to variables, timelines, and special effects. But this ignores the greater tragedy at hand. It is an unfortunate fact that we know the stories of their superheroes, but we lack any knowledge of our own superheroes, in the way that Allāh Himself narrates them to us.