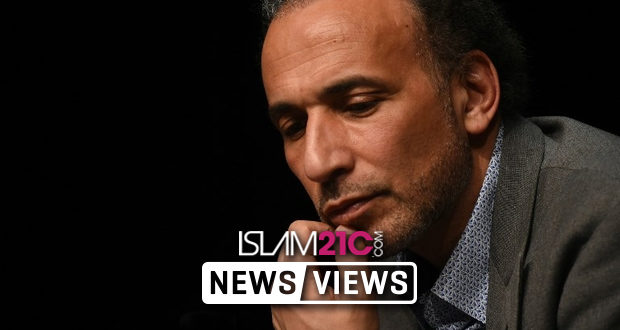 Questions continue to be asked about the arrest and subsequent treatment of prominent Swiss Muslim Scholar Tariq Ramadan, after being hospitalised during detention.[1] He was arrested in Paris three weeks ago,[2] having attended voluntary questioning, which was promptly followed by his immediate arrest.[3]

The case has thus far been littered with controversy and an alarming disregard for standard protocol; in the days following his detention, it was revealed that key evidence was “missed” by prosecution that showed that Prof Ramadan was travelling at the time of one the alleged crimes.[4]

Furthermore, it later emerged that he is being held in solitarily confinement in a high-security prison,[5] despite there being no clear case for such severe treatment, and has been denied bail, held under “temporary custody”, which is usually reserved for those considered a flight-risk.[6]

On Friday night, he was finally hospitalised due to his deteriorating health,[7] as he suffers from multiple sclerosis, which his lawyers say make it evident that he is not well enough for continued detention.

A factor said to be causing his deteriorating health is the inexplicable decision by the authorities to deny his family visitation rights. The ongoing treatment of the accused, regardless of guilt or innocence (which is yet to be heard), is in stark contrast with that of French Minister Gérald Darmanin, who is accused of similar crimes yet continues to walk free and carry on in his job in government.[8]

A support group has been established, calling for greater transparency and justice in the ongoing case. The “Free Tariq Ramadan Campaign”,[9] has quickly attracted more than 40,000 supporters on Facebook, whilst their petition calling for his release has collected more than 100,000 signatures so far. [10]

Many prominent organisations, speakers and scholars have called for his just treatment and prayed for his innocence, including Dr Shaykh Haitham al-Haddad,[11] Dr Yasir Qadhi,[12] and the Muslim Association of Britain.[13]

In the meantime, the Paris Court of Appeals have ordered an independent medical report into his health issues and are due to announce their decision on his suitability for detention on 22 February.[14]