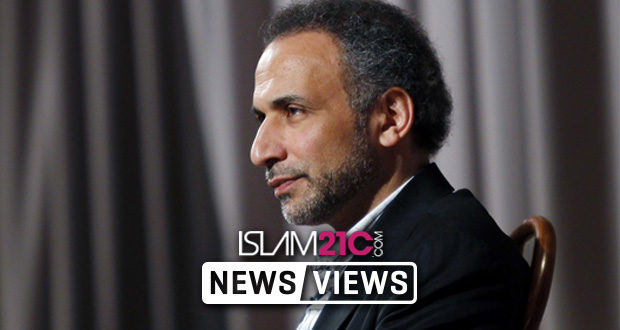 Professor Tariq Ramadan continues to be held in prison in France, recently having been transferred to Fresnes Prison in the south of Paris. The professor has been in detention for over 2 months, with approximately half of that time spent in hospital due to concerns over his chronic deteriorating health.[1] Despite medical examinations and multiple physicians confirming that his health condition is incompatible with detention,[2] the French authorities have held him under solitary confinement and initially denied him visitation rights for the first 45 days – with no justification for such treatment.[3]

His family are now finally allowed to visit him but his wife is said to be appalled by his condition, commenting,

“Tariq was walking the day he entered prison, today he comes to the visiting room in a wheelchair.”[4]

Days before that, the Swiss Consulate also visited the professor, and is reported to have been similarly shocked by his health.[5] The authorities have since had to commission a new medical examination at the end of March, with the new results expected mid-April. Various medical records, from before and during his detention show that he suffers from multiple sclerosis and neuropathy.

His lawyer Emmanuel Marsigny recently appeared on French television, commenting on the inexcusable treatment his client has faced thus far, the many holes in the charges against him, and the obvious racist anti-Muslim sentiment being displayed both towards the professor and even the prison’s head physician Dr Farid Mahereb:

In the meantime, further details of the accusers continue to emerge. Information was discovered showing Ms Ayari tried to make friendly contact on Facebook and by email several hundred times in 2014, years after the alleged incident in 2012.[6] She is even alleged to have created to a new Facebook account to get around being blocked by the professor.

Another accuser, “Marie”, was allegedto have been previously involved in an insurance scam and other fraudulent activities, as mentioned by Mr Marsigny; the lawyer further adds that her brother would testify against her.[7]

The world watches on as the French courts and media at large continue to disregard basic human rights and display double standards in the case of Professor Tariq Ramadan.[8]