Report on Uyghur Muslims: China has breached every act of Genocide Convention 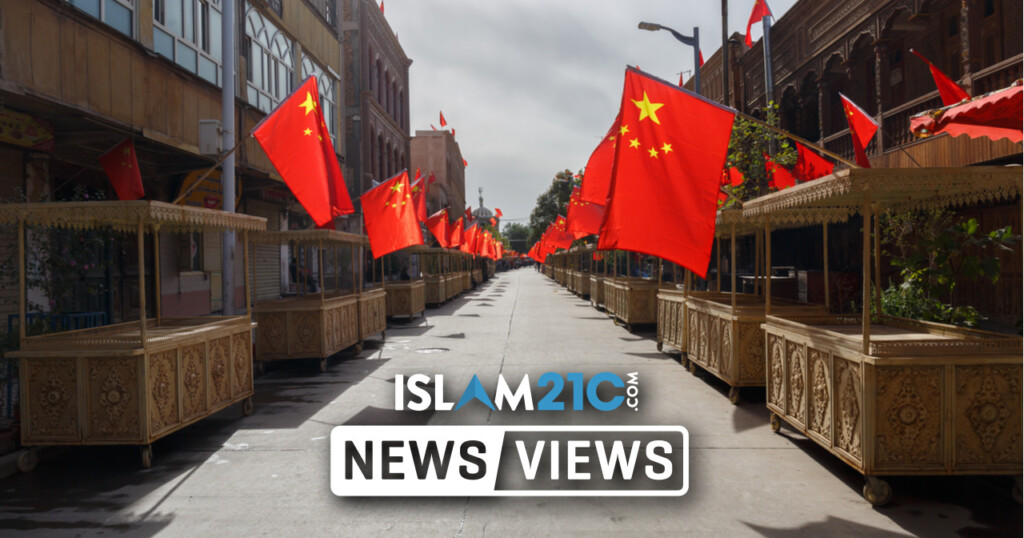 A ground-breaking report has revealed that every single act of the United Nations 1948 Genocide Convention has been broken by the Chinese state in its treatment of Uyghur Muslims in Xinjiang—also known as East Turkestan—and, as such, the Chinese state bears responsibility for genocide.

The report, published on Tuesday by the Newlines Institute For Strategy and Policy, a non-partisan US-based thinktank, is regarded as one of the first independent analysis and examination of Beijing’s genocidal policies towards Uyghur Muslims and the relation of these policies to the Genocide Convention.

“This report concludes that the People’s Republic of China (China) bears State responsibility for committing genocide against the Uyghurs in breach of the 1948 Convention on the Prevention and Punishment of the Crime of Genocide (Genocide Convention) based on an extensive review of the available evidence and application of international law to the evidence of the facts on the ground.” [1]

The thinktank examined the articles of the Genocide Convention and compared them closely to Chinese state policies carried out on Uyghur Muslims in East Turkestan. It looked more closely at Article II of the Convention, which highlights the ‘Intent to Destroy’, where a state will undertake a series of actions to destroy a group’s ethnic, cultural, political, and biological identity in an effort to destroy the group itself – actions that constitute a genocide.

As part of its state policy, Beijing has implemented government-mandated homestays that have seen ethnic Han government employees reside in Uyghur homes and act as spies, resulting in the division and eventual break-up of Uyghur families. Furthermore, authorities have coerced and forcefully implemented an incentivised programme of Han-Uyghur marriages to further this division.

In reference to Article II of the Convention, the report notes:

“The intent to destroy the Uyghurs as a group is derived from objective proof, consisting of comprehensive State policy and practice, which President Xi Jinping, the highest authority in China, set in motion. In fact, as recently as September 2020, President Xi praised the “success” of the strategy, practice, and policies of the Communist Party of China in XUAR, which he deemed “completely correct” and vowed to continue for years to come.” [1]

In 2017, the Xinjiang legislature legalised the mass internment of Uyghur Muslims under the so-called ‘de-extremification’ laws. This would see the fast-track construction of concentration camps and the mass internment of Uyghurs, who would be subjected to false claims of terrorism, torture (including rape and sexual abuse), constant surveillance, and forced manual labour. Authorities have maintained a strict secrecy of what happens in these camps, but information from former detainees has painted a bleak picture of how both male and female Uyghurs are treated.

“China is carrying out a well-documented, State-funded birth-prevention campaign targeting women of childbearing age in Uyghur-concentrated areas with mass forced sterilization, abortions, and IUD placements. China explicitly admits the purpose of these campaigns is to ensure that Uyghur women are “no longer baby-making machines.” [1]

The Chinese state has also launched an aggressive campaign against Uyghur culture and identity. Authorities have destroyed independent Uyghur education, making it illegal to write and even speak in the Uyghur language. The state has also targeted Uyghur architecture, destroying the group’s unique designs across the region and destroying centuries-old mosques that are important to the Uyghur people.

In order to prevent future generations from revitalising and rebuilding their identity, the communist regime has built a vast network of state-run and highly securitised boarding schools in which Uyghur children are forcibly taken away from their families and transferred to these prison-like institutions. Here, they are forcibly taught Communist Party propaganda and are forced to declare their loyalty to the Party and its leader Xi Jinping.

These are but a few of the Chinese state’s horrific and genocidal attitudes and actions towards the Uyghur Muslim minority group. The report concludes that all actions taken by the state meet the definition of genocide and that the state bears such a responsibility.

“While commission of any one of the Genocide Convention’s enumerated acts with the requisite intent can sustain a finding of genocide, the evidence presented in this report supports a finding of genocide against the Uyghurs in breach of each and every act prohibited in Article II.”

The report concludes that Chinese state policies and practices targeting Uyghur Muslims must be viewed in their totality and amount to an intent to destroy the Uyghur Muslims as an ethnic minority group in the country.

The Chinese government has come under increasing criticism from the international community after mounting evidence of an intense campaign of cultural genocide and horrific human rights abuses against the Uyghur Muslim people in Xinjiang. [2]

The Chinese regime has defended its genocidal policies in the region, arguing that they are aimed at tackling extremism and terrorism, a trope that is routinely used to mask and cover their human rights abuses. [2]

The Chinese government has routinely denied the existence of concentration camps, where up to 1 million Muslims have been detained, despite the overwhelming evidence of their existence. The regime says these are ‘re-educational centres’ aimed at retraining the local population and teaching them new skills. [2]

A recent report published by the BBC on Thursday revealed the extent to which rape is used against defenceless Uyghur Muslim women locked up in these concentration camps. The report details horrific and explicit witness accounts of how Chinese soldiers and police officers viciously rape and torture Uyghur women in the camps. [2]