We've got your Lockdown covered
Home / News / Saudi Arabia: Security forces kill man who refused to give up his property 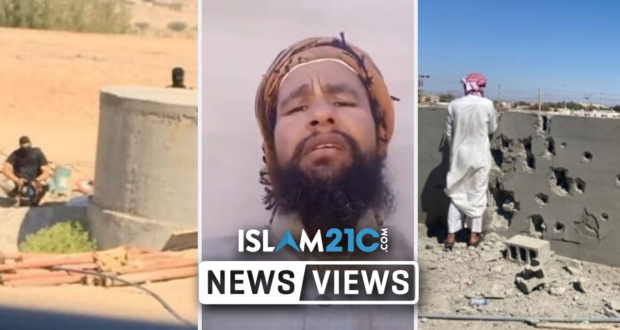 Saudi Arabia: Security forces kill man who refused to give up his property

A Saudi citizen has been killed by security forces in the Kingdom after refusing government orders to give up his home to make way for a new mega-project, according to several reports and Saudi activists.

In a video posted online, the man from the town of al-Khraybah in the northwest Red Sea region identifies himself as Abdul Rahim Ahmad Mahmoud al-Hwaiti.

He said that he and other residents in the region were being pressured by the government to give up their properties and accept financial compensation.

Al-Hwaiti described the government’s move as “forced displacement” and said that “anyone who refuses to leave the area would be arrested by government agents”.[1]

Al-Hwaiti said that “people are being wiped out from their homes and people do not agree with what is happening at all. But the way in which the state has dealt with things can only be described as terrorism… state terrorism,”

“I am against the forced removal of people. I don’t want to leave, I want to stay in my home. I do not want compensation, I don’t want anything. I only want my home.”

Al-Hwaiti is from the well-known and powerful al-Huwaitat tribe who are based predominantly in Saudi Arabia, Jordan, and the Sinai in Egypt. They resided in the region for over 800 years. In fact, it predates the Saudi kingdom itself by many centuries over.

Al-Hwaiti said that residents are living in fear because of what security forces might do to them if they refuse to leave their homes. However, residents in the area did not want to be uprooted according to al-Hwaiti.

“The general feeling here is that people are opposed to it, and no amount of compensation will make up for that, even if you pay them 100 million riyals,”

“Nine people from my area have been arrested so far and I am sure I will be next – or even killed…I am sure if they kill me they would put weapons around my body and claim I was a terrorist.”

After recording his last video documenting security forces storming his property, al-Hwaiti was shot dead according to Saudi activists.

Although several reports and activists now confirm that al-Hwaiti was allegedly shot dead by security forces after refusing to give up his property for the mega-project, there now seems to be some dispute over the official narrative on his killing.[2]

Saudi authorities say that al-Hwaiti was allegedly a “wanted terrorist” who was killed in a shoot-out with security forces, according to a report published by Saudi TV.

Al-Hwaiti himself feared and predicted his demise. In a video he posted online, he said that he may be accused of terrorism for opposing the government order:

“I would not be surprised if they come and kill me in my home now like they do in Egypt, throw weapons in your home and call you a terrorist… this is my home and I’ll protect it.”

Many Saudi activists believe that the official narrative is flawed and that al-Hwaiti was shot dead after recording a video documenting security forces storming his property.

In one video posted online, the damage to al-Hwaiti’s home can be seen, with walls riddled with bullet holes. In another video gunfire can be heard in the distance.

According to Saad al-Faqih, a London-based Saudi dissident, anyone who believed the official Saudi narrative was “completely ignorant and backward”. He added: “There’s no way that someone who has been following this story can possibly believe the authorities’ narrative.”

Activists say this latest development can been seen as part of some of the reality of the situation on the ground and recent significant shifts in internal policy led by the Saudi crown prince.

In the past two years, Saudi authorities have also arrested scores of scholars and activists as a significant move by the prince to further consolidate his position.

His recent measures have been dubbed by some as a precursor to introducing more secular-leaning laws.[3] Saudi authorities have eased some other restrictions, such as a decades-long ban on female drivers and public entertainment. In an unprecedented move, a royal decree last year also allowed Saudi women to travel abroad without a male guardian’s permission.

Prosecutors in Saudi Arabia sought the death penalty for some prominent scholars, including the well-known Sheikh Salman al-Ouda, following an apparent secret trial.[4]

The Kingdom has been embroiled in several scandals, including but not limited to the ongoing brutal war in Yemen and the murder of the prominent Saudi author and journalist, Jamal Khashoggi (raḥimahu Allāhu), which prompted worldwide outrage and increased scrutiny of the crown prince, who denies being involved in the killing.

Currently, there have been no further comments from the Kingdom, and based on previous scandals and palace affairs – which are often shrouded in secrecy – it is unlikely that we will hear much more.