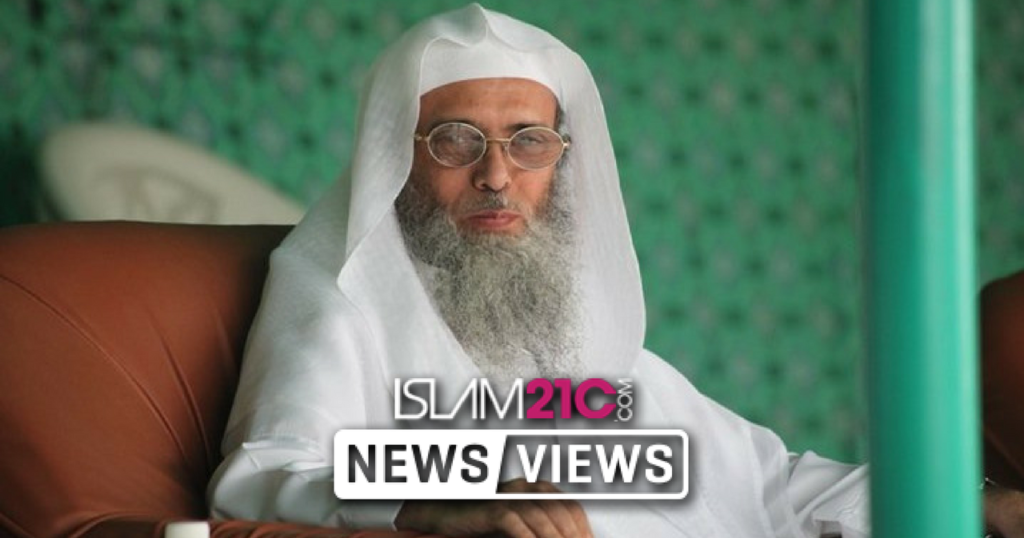 During Muhammad Bin Salman’s (MBS) epic tour of the UK and USA he attempted to give off the image of a great reformist who will liberate Saudi Arabia from the shackles of orthodox Islam, leading it to a brave new dawn of freedom and enlightenment. Shaking hands with the likes of Mark Zuckerberg,[1] Tim Cook and having dinner with media mogul Rupert Murdoch and ‘The Rock’ – the actor Dwayne Johnson, who stated on twitter:

“I’ll be sure to bring my finest tequila to share with the Royal Highness and family.”

As MBS posted updates about allowing women to drive or re-opening cinemas, he was not as keen to mention the hundreds of religious authorities, political rivals, academics and business tycoons he has imprisoned.

Yet MBS’ plans for his country are not his own nor are they original. An investigation by the New York Times details how MBS turned to the parent company of Cambridge Analytica, a secretive defence and intelligence contractor called SCL group for help.[2] Cambridge Analytica has hit the headlines after being filmed boasting of manufacturing sex scandals, fake news and dirty tricks to swing elections around the world.[3]

This shadowy defence and intelligence contractor conducted a psychological road map of the Kingdom’s citizenry and it was their proposals to lift the ban on women driving and opening cinemas which have been taken forward by MBS.[4] The SCL group has also been active in the UAE in a social media campaign against Qatar and in Libya after the fall of Muammar al-Qaddafi.[5] Its long standing Chief Executive, Nigel Oakes, once boasted:

“We use the same techniques as Aristotle and Hitler” [6]

Amongst the many notable Islamic scholars who have been arrested by MBS are Sheikh Salman al-Awda, Sheikh Awad al-Qarni, Sheikh Muhammad al-Munajjid and Sheikh Abdul Aziz at-Tarefe.[7] Most recently several reports suggest that Sheikh Safar al-Hawali, affiliated to the Sahwa (awakening) Movement, has been arrested together with his sons after the publication of his book “Muslims and Western Civilisation”. In his book, the Sheikh criticises the ruling family in Saudi Arabia and the Crown Prince of Abu Dhabi, Mohammed bin Zayed.[8]

The prominent Sheikh criticises the ruling family’s over-sized expenditure, saying it: “has been wasting funds on fake projects” and calling the Crown Prince’s cosy relationship with Israel a “betrayal”.

Sheikh Yasir Qadhi responded on social media to the arrest of Sheikh Al-Hawali who was a mentor of his. He stated:

“The recent arrest of Sh. Safar al-Hawalī – and before him Sh. Salmān al-Oada, amongst other scholars – by the new prince in KSA is an age-old tactic taken from the standard Machiavellian practices of despots and tyrants. It was none other than Machiavelli, who is generally considered the philosopher of tyranny and political deceit, who wrote that it is better for a ruler to be feared than loved. And this appears to be the desire of the current boy-prince.”

“But what these rulers forget, while they imprison scholars, shut down religious institutions, open the door to all types of evil, massacre their fellow Muslims of Yemen, form alliances with Israel and Trump, even as they purchase half a billion dollar yachts and paintings, is that money and power buys neither the love of mankind nor the real kingdom of the Hereafter. Let them enjoy their merriment in this world; they will face their reckoning in the next.”

Sheikh Al-Hawali, who is 68, has been imprisoned before, albeit as a young man, when he opposed the entrance of US forces into Saudi Arabia in the 1990s.[9] A twitter account called ‘Prisoners of Conscience’ stated that Saudi forces raided the house of the elderly scholar, blindfolded him and tied him and his sons up. Sheikh Al-Hawali must have known the consequence of his brave words, perhaps he was motivated by the hadith of the Prophet Muḥammad (sall Allāhu ʿalayhi wa sallam), the best of mankind:

Tariq ibn Shihab reported: A man asked the Messenger of Allah, peace and blessings be upon him, “What is the best jihad?” The Prophet said, “A word of truth in front of a tyrannical ruler.” [10]