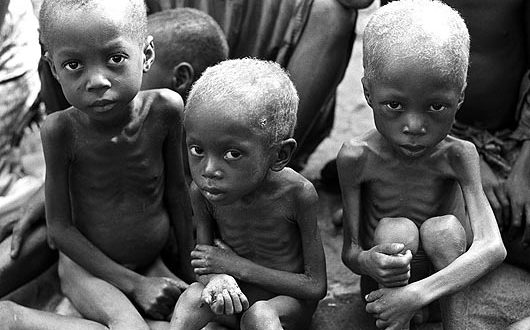 “The world is facing the largest humanitarian crisis since 1945”

The world is facing the largest humanitarian crisis since 1945, the United Nations has warned.

The UN undersecretary-general for humanitarian affairs, Stephen O’Brien, told the Security Council on Friday that more than 20 million people in Yemen, Somalia, South Sudan and Ngeria face the threat of starvation and famine, calling for a united effort among member countries.

“We stand at a critical point in history,” he told the Security Council in a document that can be found here.[1] He stated that $4.4 billion is needed over the next four months to save these lives, including 12 million in Yemen, 7.5 million in South Sudan, 6.2 million in Somalia and 10.7 million in Nigeria. These are people who need immediate assistance, facing severe food insecurity with a real risk of starving to death.

He pleaded in his speech,

“The UN and humanitarian partners are responding. We have strategic, coordinated and prioritised plans in every country. We have the right leadership and heroic, dedicated teams on the ground. We are working hand-in-hand with development partners to marry the immediate life-saving with longer term sustainable development. We are ready to scale up. This is frankly not the time to ask for more detail or use that postponing phrase, what would you prioritize? Every life on the edge of famine and death is equally worth saving.

Now we need the international community and this Council to act:

First and foremost, act quickly to tackle the precipitating factors of famine. Preserving and restoring normal access to food and ensuring all parties’ compliance with international humanitarian law are key.

Second, with sufficient and timely financial support, humanitarians can still help to prevent the worst-case scenario. To do this, humanitarians require safe, full and unimpeded access to people in need. Parties to the conflict must respect this fundamental tenet of IHL and those with influence over the parties must exert that influence now.

Third, stop the fighting. To continue on the path of war and military conquest is – I think we all know – to guarantee failure, humiliation and moral turpitude, and will bear the responsibility for the millions who face hunger and deprivation on an incalculable scale because of it.”

What should make this news more heart-breaking than it is for us is that these 20 million lives at risk of imminent but preventable starvation, are from predominantly Muslim countries. Whilst it is easy to blame the conflict, imperialism and exploitation for the state of affairs in the first place, only the heart of an absolute ignoramus or munafiq would not be moved to act in some way or another.

The Prophet (peace and blessings be upon him) said,

“The parable of the believers in their affection, mercy, and compassion for each other is that of a body. When any limb aches, the whole body reacts with sleeplessness and fever.”[2]

We may say with our tongues that we feel for our brothers and sisters, but talk is cheap. If we claim to know that this life is a test then this should spur us to act in order not to fail that test.

As O’Brien stated in his speech, as little as 6% of the pledged funding direly needed has been received for some of these countries. By sharing this news, messaging our MPs (by clicking here), as well as donating ourselves to these regions, we can actually make a difference to some of these people who are literally about to starve to death. The question is, will we do something, or just turn our already half-distracted attention to something else? 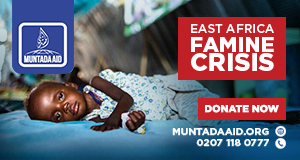 In reality, it is not the people starving to death now we should feel real pity for; it is those who stood by and watched, failing the test they were given by Allah. Allah forgive us.

Previous: Revealed: How British Fearmongers Made Millions
Next: “The main reason we have Islamophobia is the Counter Terrorism apparatus”