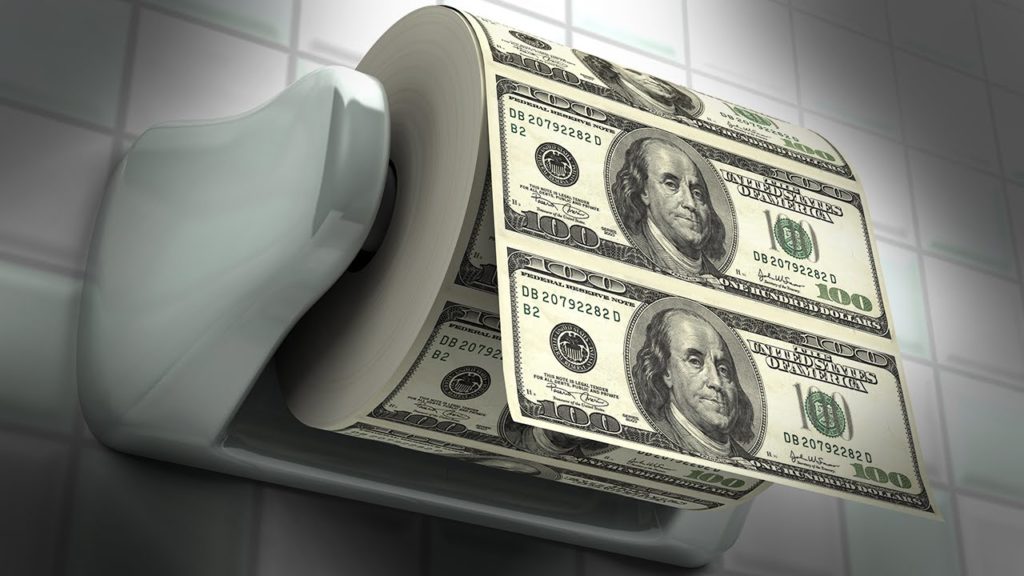 In my last article,[1] I tried to explain the imminent threat populism poses in the western world and asserted that Islamophobia is currently the populist tool of choice. Recent financial revelations in Holland have proven this beyond doubt and provided a strong link to their influence in the UK.

Politically-awake Muslims will be well aware of Robert Spencer, an Islam hater so extreme in his preaching that he is banned from entering the UK, a country that is not totally averse to promoting fear of Muslims. He runs a vitriolic blog called ‘Jihad Watch’ which received funding of nearly $1 million from the double-speak titled ‘David Horowitz Freedom Center’.[2] It has now emerged that David Horowitz has been one of the largest funders of Geert Wilders of the equally double-speak titled ‘People’s Party for Freedom and Democracy’,[3] currently leading in Dutch polls. In 2015 alone Horowitz donated $120,000, more than enough to run a political party with only one member in a country you can cross on £20 of petrol. It was the largest individual contribution in the Dutch political system.

The principle donor to Pipes and Horowitz and onto Wilders is said to be the Koch brothers, American multi-billionaires and key funders of the right-wing infrastructure. In a two year period they invested over $21 million in groups promoting Islamophobia “contributing to an anti-Islamic hysteria in the United States”.[5]  Rather than being the heads, Horowitz and Pipes are merely the paid mouthpieces and conduits funnelling right wing money into the pockets of populist agitators like Geert Wilders.

The New York Times reported senior Dutch MP Ronald van Raak as saying “It’s foreign interference in our democracy. We would not have thought that people from other countries would have been interested in our politics,” he said. “Maybe we underestimated ourselves.” Rather they have underestimated the strategic position the coming Dutch election has for suspiciously well-funded Machiavellian far-right provocateurs. This year the major western European nations have important elections and all have far-right parties riding higher in the polls than any time since the 1930s. The stars are aligning and the Dutch election next week is the first to the ballot box.

The Henry Jackson Society and the British connection

The Henry Jackson Society’s Statement of Principles give a very clear picture of a white supremacist arrogance that seems out of step with Theresa May’s recent promise not to try to make the rest of the world in “our image”.[6] It “Believes that only modern liberal democratic states are truly legitimate”, “that modern liberal democracies set an example to which the rest of the world should aspire” and “Supports the maintenance of a strong military, by the United States, the countries of the European Union and other democratic powers, armed with expeditionary capabilities with a global reach.”[7]

In 2011 the emphasis of the HJS took a shift toward greater promotion of Islamophobia following a merger with Douglas Murray’s (yet another) double-speak titled ‘Centre for Social Cohesion’, and taking on many of the pro-Israel journalists from ‘Just Journalism’. According to a Spinwatch report this facilitated “a coup that led to the expulsion of most of the society’s more left-leaning or liberal members,” though in this context it is undoubtedly relative. This change of focus was accompanied by a sharp rise of income. From £98,000 in 2009 to £1,313,000 per annum in 2013, the sharpest rise happening in 2011.

Following the 2011 “coup”, a number of UK based pro-Israel groups started pouring in money into the HJS. From the USA one known funder is the ‘Abstraction Fund’ which has also funded an array of radical pro-zionist, anti-Islam and pro-Islamic deformation organisations including ‘Jihad watch’, ‘David Horowitz Freedom Center’, Daniel Pipes linked ‘American Islamic Forum for Democracy’ and ‘Center for Islamic Pluralism’, and the ‘Zionist Organisation of America’.[8]

The President and treasurer of this fund whose single donor is her family’s Sears Roebuck fortune, is Nina Rosenwald[9] the so called “Sugar Mama of Anti-Muslim Hate”.[10] She is the founder of the Gatestone Institute which publishes Douglas Murray’s and Geert Wilders Islamophobic bile. She is also on the board of the ‘Center for Security Policy’ which shares far-right Islamophobic funders with David Horowitz.[11]

The above change of focus and known sources of funding are more than enough to prove they are no longer the HJS originally conceived and cannot be thought of as an impartial “think tank”. They are beyond doubt a pro-Israel and anti-Islam lobby group. Moreover despite what is known the HJS are so ashamed of their other sources of funding they refuse to disclose them even on pain of functional death. For refusing they were forced to withdraw from parliamentary groups that were their main Trojan horse into Westminster,[12] suggesting that their donors are so disreputable it would be an even worse political suicide to disclose them.

Dr David Miller of Spinwatch says in his report into the HJS “By solidifying a transatlantic alliance  between anti-Islam groups and those unconditionally supportive of Zionism, the Islamophobia network has successfully tapped into the financial and political resources of the Israel lobby.”[13]

It seems highly plausible that it could be to a large degree the other way around; that the Israel lobby has bought up parts of the right wing network and tapped into their enthusiasm for xenophobia and white supremacy, to push the Islamophobic populist narrative. They could be believing – correctly – that the more people will think ill of Muslims the more forgiving they will be of Israel’s crimes against the Muslim victims of its land grabbing. After all, the demonisation of any group serves to dehumanise and thus ultimately legitimise their persecution.

None of this is new. None of this should have been unknown to the political establishment of the UK before they rolled out the red carpet last week and invited the HJS into Westminster to trumpet the “research” anyone of reasonable intellect must surely realise will be skewed by the Islamophobic lens the HJS are well known for. It was well known before they rushed to declare the HJS as an unquestionably reliable source of research into the only extremism they go into with enthusiasm: “Islamist Terrorism”. That word itself needs to be strongly protested. The suffix “-ist” literally means “to be engaged in”, so they are using a blanket term for every practicing Muslim as a prefix to terrorism, and then claim not to promote Islamophobia.

Something common to all media reports on this was that David Anderson QC, who was the (previously believed to be) independent terror watchdog, was mentioned more than the HJS who authored the study. In fairness to the media his glowing introduction, which he penned while still in post, allowed himself to be walked out in front and used as a human respectability shield. It seems most likely that he would not have been able to thoroughly fact-check the 1000 page report before he dutifully declared, “I commend it to all who wish to ensure that their opinions on this subject are securely founded on the facts”.[14] The fact that it solely concentrated on convictions of Muslims didn’t noticeably trouble him at all in fact with no irony he praised it as defending us from people who work against “tolerance, pluralism and broad-mindedness on which democracy itself depends.”

Andrew Gilligan writing in The Times could see the benefit of their approach and made use of its singular focus. As though a study solely of Muslim convictions would find them growing up anywhere else, his article was titled:

“Terror map reveals danger of segregation: A detailed study of the origins of British Islamists has exposed a clear link between terrorist crimes and growing up in a predominantly Muslim area.”[15]

One angle that will have been deeply attractive to the government, and likely influenced their disregard of its provenance, is that this report appears to justify the much discredited Prevent agenda, though the full ramifications of traumatising hundreds of primary school children and radicalising non-Muslims against us might not yet be evident. Still, the publicity the report generated was being used to roll the Prevent ideology out more broadly to the public; “you are all on the frontline of the war against terror, be suspicious of ‘people’.” said Police spokespeople up and down the country, clearly ready with a rehearsed and unified message. Riding the same wave of publicity generated by a report concentrating solely on Muslim convictions it needs no imagination to know which ‘people’ will be in everyone’s minds.

Another aspect that I think really attracts the government to HJS’s research is that it is cheap. So what if it is slanted far to the right? So what if there are hard-core Islamophobic funders who will be expecting bang for their buck? The bottom line is it is cheap. In Austerity Britain, academic standards that would apply to medical research, specifically the obligatory declaration of who funded it, can be put aside for research of even this sensitive nature because they do not have to take the pill. They are not the ones whose wives and daughters will be attacked for wearing a headscarf. They are not the ones who are already 76% less likely to get a good job,[16] and then be abused for being in a poor economic position or not integrating.

But they are the ones who will be remembered for opening the door to highly practiced Machiavellian populist manipulators that make our fairly right wing government look like snowflake liberals. The Islamophobic subtext that came attached to this bargain basement research gained huge traction in the media and will have lodged in the public consciousness. As I tried to describe in my last article the public can only be pushed so far before they will want to bury the current establishment that “let this Muslim problem happen,” as Mrs Merkel is finding out, and bring in a new ‘braver’ type of politician that will not be afraid to take action against people they are repeatedly told are an enormous threat. What can be banked on is that American far-right and Zionist money will be at the ready to promote the right candidates to victory.

A few days after the HJS report was given so much Westminster fanfare and media attention the Home Office quietly released the official terrorism policing statistics for 2016. They show a combined Black, Asian & Other 42% fall in the number of arrests and a 20% increase of white people arrested for Terrorism offenses in the last year.[17] I can only find it mentioned in three newspapers. I am guessing facts are bad for the fearmongering business.