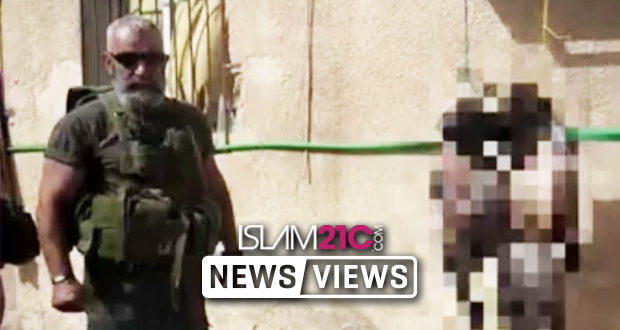 Zahruddin was one of Assad’s top generals; he is well-known amongst supporters of Assad, and has played a major role in the Syrian Civil War. He has also been responsible for the deaths of thousands of innocent civilians in eastern Syria.

Zahruddin, has appeared in several photographs with severely mutilated and tortured bodies. In 2016, Syrian social media users circulated photographs of Zahruddin posing next to dead bodies in Deir Al-Zor.[2] The photographs reportedly showed two hanged bodies, both of which appeared to have severe marks of torture.  The bodies also seemed to have been cut into numerous pieces before being strung up.

Just only a month ago, Zahruddin appeared on Syrian state television where he made some shocking remarks. The commander threatened to kill anyone who decided to return to Syria after fleeing the country for safety.[3]

The death of the commander and notorious alleged war criminal presents a major blow to the Syrian regime, which continues its brutal campaign against the Syrian people.