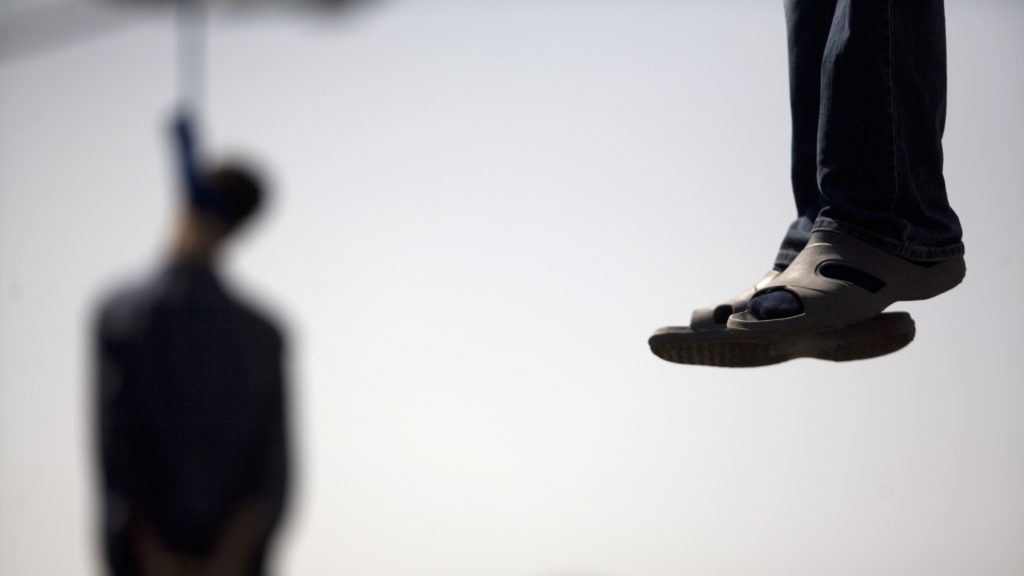 Today Amnesty International has published a harrowing 48-page report,[1] exposing the “cold-blooded killing of thousands of defenceless prisoners” secretly and systematically in just one particular Syrian government jail called Saydnaya. An estimated 13,000 people have been hanged there in the past five years, by mass hangings of up to 50 at a time, after beating, torture and sexual assault. They are overwhelmingly, according to the report, ordinary civilians believed to have been against the Assad government; a common modus operandi of the Syrian regime silently known by the world for years.

Over the course of the year-long investigation until December 2016, Amnesty International researched patterns, sequence and scale of the violations carried out. They interviewed in total 84 people for the case, including detainees who escaped, victims’ families, prison officials and guards, medics and even three former Syrian judges, as well as a host of experts on Syrian detention, who mutually corroborated accounts of the inhuman horrors meted out by the Syrian regime now famous for such barbarity. Since Amnesty International—as well as a litany of other humanitarian and rights groups—are barred from entering and reporting on the suffering in Syria, many of the interviews were conducted in Turkey.

Anyone with family and friends in Syria will know well of the torture and enforced disappearance that has been a staple of the Syrian ruling regime ever since it was carved up in the Sykes–Picot Agreement as a French Mandate and removed from sovereign Muslim government. However, since 2011 the barbarity of the Syrian regime’s “violations against detainees have increased drastically in magnitude and severity.”

The inhuman treatment of the detainees held at Saydnaya amounts to “extermination”, defined by the Rome Statute of the International Criminal Court. The report therefore concludes that the widespread and systematic violations by the Syrian authorities amount to crimes against humanity.

The report reveals a systematic and coordinated, almost industrialised extermination reminiscent of European Imperialism. According to the report, victims are condemn to death in “trials” in a Military Court, which lasts less than three minutes. They call the day of the hangings “the party”, where they victims from their cells in the afternoon, telling them they will be transferred to a civilian prison. Instead, they are taken to a cell in the basement where they are severely beaten for hours.

Then, in the middle of the following night, they are blindfolded and transported in trucks to another building, taken to the basement whilst still blinded, informed they have been sentenced only minutes before mass executions by hanging, only knowing the method of execution once the nooses are placed around their necks. After the executions, which take place once or twice a week, with upto 50 people at a time, the bodies are then loaded into a truck and transported to mass graves.

This entire process happens secretly without due process or people’s access to challenge the accusations against them. The execution process in particular is known only to the guards and officials that are directly involved. The process is authorised by officials at the highest level of government and approved by the “Grand Mufti”.

The report also highlights what it calls “an established programme of abuse.” Detainees of Saydnaya are regularly tortured with severe beatings and sexual violence. They are also denied adequate food, water, medicine, medical care and sanitation, leading to the spread of infectious diseases. They are forced to remain in silence and not look at the guards, violation of which leads to summary execution.

It is no surprise that their treatment has led to many detainees developing “serious mental illnesses such as psychosis.” As Amnesty’s research concludes, the Syrian regime’s programme seems designed to inflict maximal physical and psychological suffering, humiliation, degradation and dehumanization. Omar, a high-school student when he was arrested, shared one of his experiences:

“I don’t even know what term to use to describe what I saw. The guard would ask everyone to take off all their clothes and go to the bathroom one by one. As we walked to the bathroom, they would select one of the boys, someone petite or young or fair. They would ask him to stand with his face to the door and close his eyes. They would then ask a bigger prisoner to rape him… No one will admit this happened to them, but it happened so often… Sometimes psychological pain is worse than physical pain, and the people who were forced to do this were never the same again.”

Another former detainee, “Sameer” also described the abuse he witnessed:

“The beating was so intense. It was as if you had a nail, and you were trying again and again to beat it into a rock. It was impossible, but they just kept going. I was wishing they would just cut off my legs instead of beating them any more.”

Suffering is no surprise

As mentioned above, this level of dehumanisation and barbarity is nothing new to people following the plight of Muslims around the globe, as we highlighted in the interactive timeline of the Ummah’s suffering in 2016.[2] Be it Burma, Iraq, Syria, Palestine or elsewhere, those aware of the reality of this life fundamentally look at earthly suffering uniquely. As the Prophet (sall Allāhu ʿalayhi wa sallam) said,

“On the Day of Resurrection, when people who had suffered affliction are given their reward, those who were healthy will wish their flesh had been torn to pieces with scissors when they were in the world.”[3]

“No Muslim is afflicted by a harm, be it the pricking of a thorn or something more (painful than that), but Allah thereby causes his sins to fall away just as a tree sheds its leaves.”[4]

As a result, a Muslim should never internalise a feeling of victimhood or subjugation. The Prophet (sall Allāhu ʿalayhi wa sallam) showed this leadership mentality and the victorious mind-set he wished to instil into his companions when Khabbāb b. al-Arat asked him to supplicate to Allāh to alleviate the suffering:

“Among those who were before you a (believer) used to be seized and, a pit used to be dug for him and then he used to be placed in it. Then a saw used to be brought and put on his head which would be split into two halves. His flesh might be combed with iron combs and removed from his bones, yet, all that did not cause him to revert from his dīn. By Allāh! This matter (Islām) will be completed (and triumph) till a rider (traveler) goes from San`ā’ (the capital of Yemen) to Hadramout fearing nobody except Allah and the wolf lest it should trouble his sheep, but you are impatient.”[5]

I must admit, it was only when I witnessed the harrowing videos on social media of the likes of Bashar al-Assad’s thugs burying Muslims alive for refusing to prostrate to his picture, that I could appreciate narrations describing such barbarity.

For most people, the discussion of suffering ends there, because naturally our lower nafs does not wish to recognise the hidden test in the existence of suffering. This is the test of the human being’s propensity to become the bystander when witnessing suffering. As Dr Uthman Lateef reminded us, ‘witnessing’ is a powerful motif in Sūrat al-Burūj:

“The act of witnessing is a sensory experience in which we are reminded that injustice is witnessed by a perpetrator, victim and bystander; that perpetrators too often relish in their temporal power mindless of the turning of fate that saw countless others who preceded them fall into ignominy; that cruelty unto others is not only a moral degeneration but that spectatorship and bystanding is equally reprehensible; that death nor the nature of death is the scale by which one measures victory or loss, honour or humiliation, but that Imān in Allāh and commitment to His Oneness are what transcend in this life and the next.”[6]

It is therefore not only those who have been exterminated by the Syrian regime that we should be shedding a tear for. They—if Allāh wills—are enjoying the delights of having been slain for the sake of their Lord and Master. It is ourselves—the potential bystanders—who we should be really worried about. For many of us do not even realise that we are indeed being tested right now, by what we do in our own spheres of concerns and spheres of influence, with respect to this and all human suffering. As the Prophet (sall Allāhu ʿalayhi wa sallam) said,

In other words, there is no fourth option for us.

and the accompanying press release can be found here: https://www.amnesty.org.uk/press-releases/syria-13000-secretly-hanged-saydnaya-military-prison-shocking-new-report#.WJkuJvRDQHQ.twitter