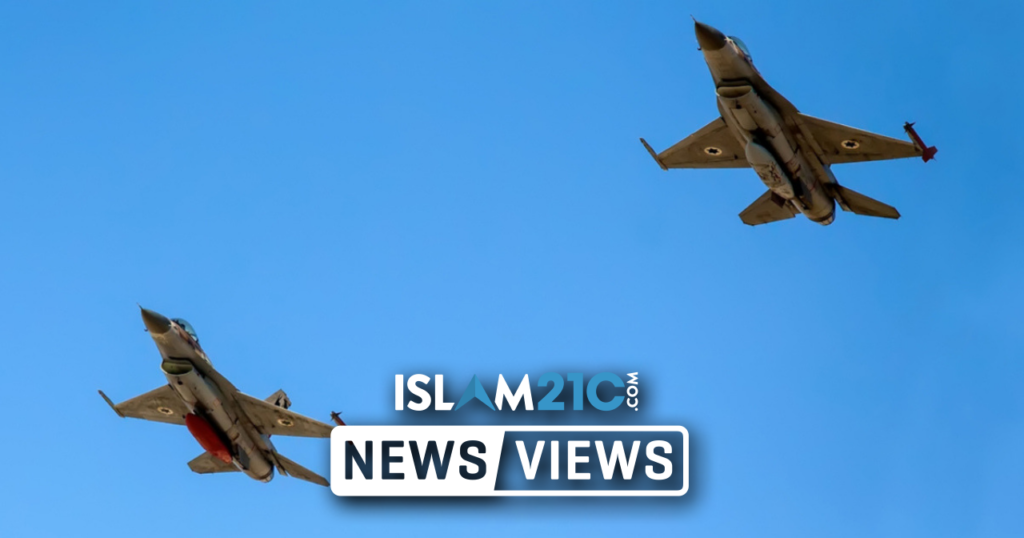 The joint air force exercise in Greece is one of the many times in which the UAE and Israel have cooperated together.

The United Arab Emirates (UAE) and ‘Israel’ have taken part in a joint military exercise in Greece, alongside the US and Italy.

The joint exercises, dubbed the ‘Iniohos 2019’ and held at the Andravida base in Greece, saw the air forces of each participating country cooperate and train alongside one another, with a number of military jets from each country’s military being used in the exercises. [1]

Military aircraft involved in the exercises included the F-16 which is operated by a number of nations, including the UAE, and is the primary fighter jet used by the ‘Israeli’ air force in its indiscriminate bombing of the Gaza Strip. Other military jets included were the US F-35s, F-4 Phantoms, and the French Mirage-2000. [2]

A journalist from the ‘Israeli’ channel 12 TV was able to access the Greek military base in which the exercises were being held and recorded footage of Emirati and Israeli pilots exchanging pleasantries, as well as taking part in the exercises itself. The footage was then broadcasted by Al Jazeera Arabic.

“Who would have believed that a day would come when Emirati pilots would train alongside the Israeli Air Force pilots on the various aviation configurations?” said the journalist, upon viewing the cooperation between the two countries. [3]

The journalist also attempted to interview one Emirati pilot, however, the pilot refused to answer his questions, saying with embarrassment, “I am military, I cannot speak to the media”. [3]

The UAE and the Zionist State have not established diplomatic relations. However, it is no secret that there are some levels of cooperation going on between the two countries, as well as other Gulf nations such as Saudi Arabia and Oman.

In February 2019, ‘Israeli’ prime minister, Benjamin Netanyahu, met and held private meetings with the foreign ministers of Saudi Arabia, the UAE, and two other Gulf nations [4], and in October 2018, Netanyahu travelled to Oman and held talks with Sultan Qaboos. In that same month, the Israeli culture and sports minister, Miri Regev, visited Abu Dhabi and Israeli athletes competed in an athletic event in Qatar. [5]

The Iniohos 2019 is not the first military drill in which the UAE and ‘Israel’ have cooperated together. In March 2018, Emirati and ‘Israeli’ air forces participated in aerial manoeuvres during the same annual event in Greece, and in August 2016, the two countries took part in the Red Flag exercises hosted by the US air force in the Nevada desert. [6]