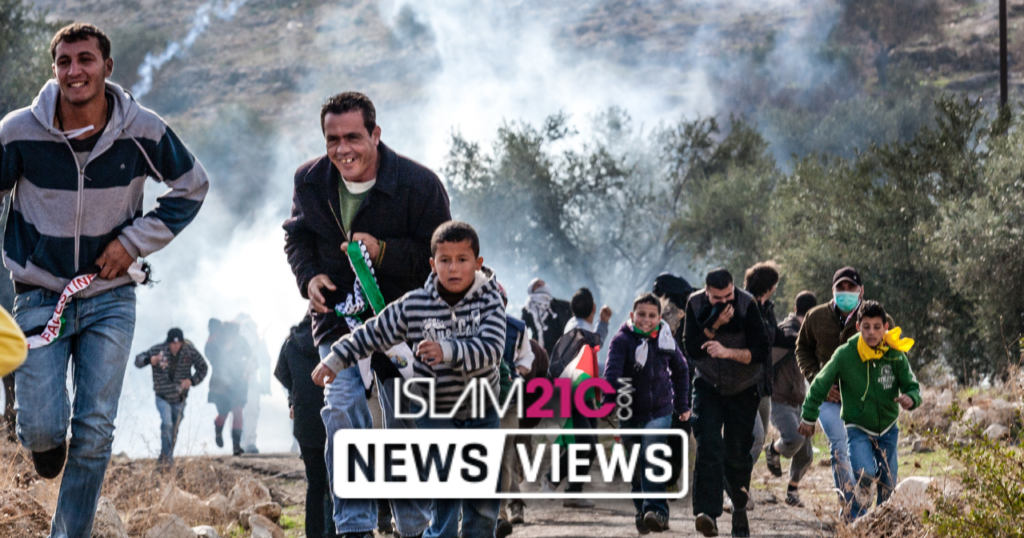 The United Nations High Commissioner for Refugees (UNHCR) has condemned the latest killing of a Palestinian man as violent attacks by Israeli settlers against Palestinians in the occupied West Bank surge.

Hamdi Naasan, a 38-year-old father of four, was murdered on Saturday after Israeli settlers from the illegal outpost of Adei Ad opened fire on the Palestinian village of al-Mughayyir.

The spokesperson for the UNHCR, Rupert Colville said:

“We are deeply concerned about the protracted and extremely violent attack on Palestinians in the West Bank village of Al Mughayyir last Saturday (26 January), during which a 38-year-old Palestinian father of four, Hamdi Taleb Na’asan, was shot in the back and killed.”

UN staff monitoring the area said that a group of 30 Israeli settlers, some whom were armed, attacked Palestinian farmers working in their fields before going into the village and opening fire on Palestinians and their houses, wounding six villagers with three in critical condition.

Moreover, Israeli security forces stationed nearby the village were alerted immediately of the attack, however, it took two hours for them to respond and intervene and when they did intervene their main aim was to disperse the Palestinian villagers by using teargas injuring more civilians, bringing the total number of wounded to 20.

“Israel as the occupying power, is obliged under international humanitarian law to protect the Palestinian population from such attacks. Those responsible for settler violence must be brought to account” Colville said in the statement.

Israeli security forces have said they will launch an investigation into the attack and murder at al-Mughayyir. However, most investigations of this nature go unresolved with the suspects receiving minimal to no punishment.

All Israeli settlements in the West Bank are illegal under international law and have received unanimous condemnation from the international community including the United States, Israel’s closes ally.