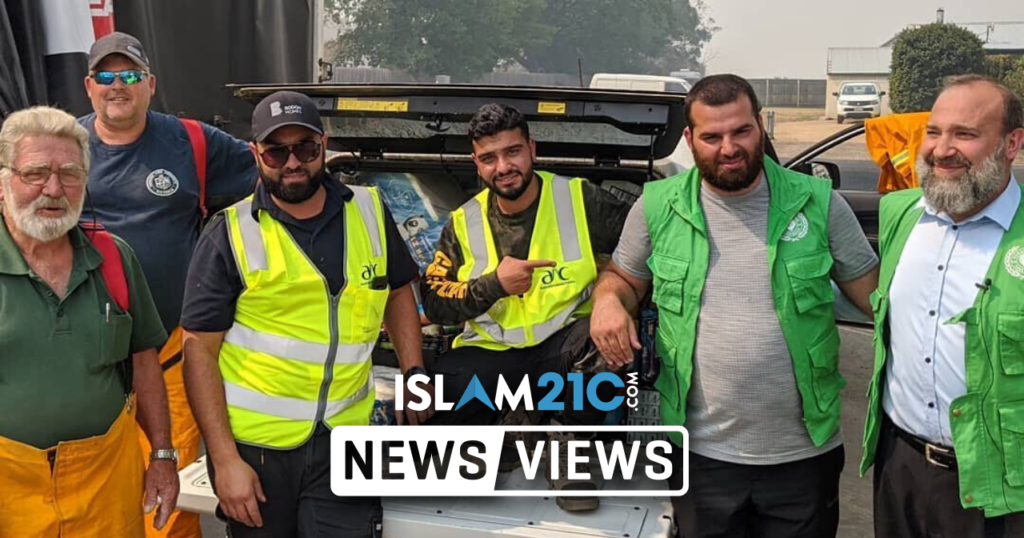 A Muslim group in Australia travelled to cook meals for 150 firefighters continually working to fight the fires that have been plaguing Australia since the end of last year. [1]

Members of the Newport Islamic Society cooked food for the firefighters of the Johnsonville Volunteer Fire Brigade in East Gippsland who were tirelessly attempting to contain the flames that have been ongoing for over a week.

A special thank you to our partners at the @AICMELBOURNE! #repost @AustralianIslamicCentre Our arrival at Johnsonville Volunteer Fire Brigade preparing a feed for the brave fire fighters 🙌🙌🙌 #bushfires #VicBushfires #firecrisis pic.twitter.com/2PiPf9x9bX

Lookman El Kurdi, one of the volunteers, said on seeing the firefighters, “It was very emotional to see how tired and drained they were.”

“They were just exhausted. It felt really good to at least give them a feed and pray for them and show we are thinking about them.”

In addition to the breakfast, the team from the Newport Islamic Society raised $1,500 which helped to gather five truckloads of supplies for the Gippsland area. The team drove for more than four hours to distribute these supplies to the victims affected by the fires. [2]

“We were seeing all these bushfires that were happening around Australia and felt we needed to do something. We put the call out and within 48 hours we had collected so many items.”

The flames from the bushfires across East Gippsland have destroyed hundreds of homes, leaving many of the area’s residents displaced and forced to leave the region. [3]

New South Wales, Victoria, and South Australia were reportedly the most affected, with the overall area burnt being compared to the size of Croatia. The wildfires have killed at least 24 people and millions of animals.

Authorities predict that the fires, which started in September 2019, will most likely continue burning until at least March.