US vs Iran: The Need for Balance 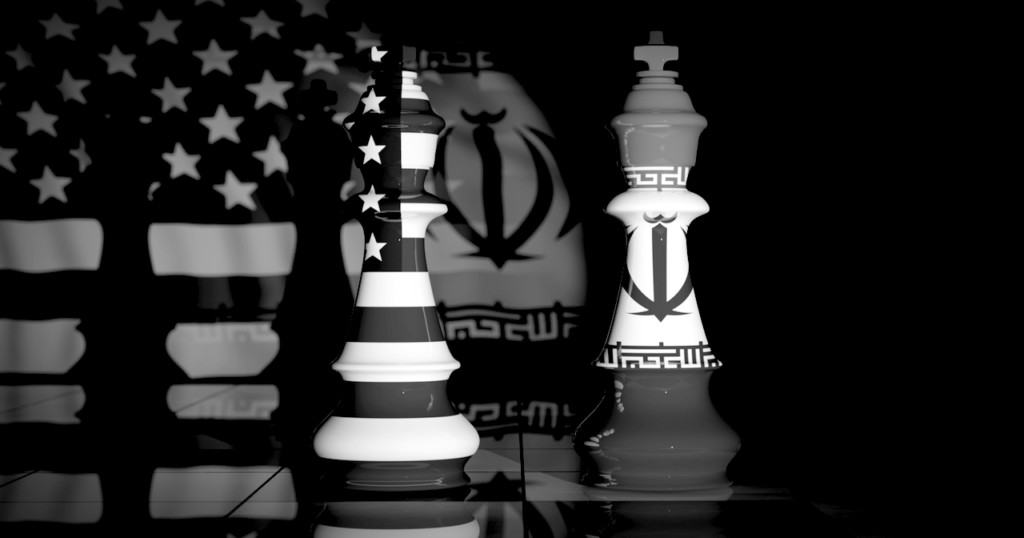 The events that have unfolded in the Middle East and their repercussions will undoubtedly have grave consequences on Muslims and the world at large. Tensions between the USA and Iran, since the latter’s revolution, had always progressed and regressed, with many back and forth attacks and reprisals. But on January 3rd, the targeted assassination of General Qasim Soleimani, arguably the second most powerful man in Iran, ignited an enormous escalation and panic for what may follow.

Few would have thought that in the early days of this decade, the #WorldWarIII hashtag would be trending worldwide. This is not so much for the absence of the excessive levels of terror and chaos present in the world today. The endless US-led onslaughts against Iraqis and Syrians or their ramifications cannot conceivably remain hidden when promises of reprisal are being received from powerful states. The US and Iran had historically identified grounds for cooperation. The former’s interest to end the endless Sunni ‘insurgencies’ had overlapped with the latter’s desire to purge the surrounding nations of Sunnis and quell their quests for self-determination or even representation.

The US’ manoeuvre against its Iranian facilitator is equally perplexing and very telling. We’d typically revel the removal of a man who was at the helm of unspeakable atrocities against thousands in Syria, Iraq and Yemen.[1] It is, however, important to combine what is clear with what is less to assess what is taking place in a balanced and objective way. In this article, we will attempt to take a closer look at the intended motives of the US and the expected reactions from Iran that have divided the world at large.

“We have a real problem in the White House”

It is imperative to acknowledge the enormity of the event. The assassination of Soleimani is no minor assassination and is unlikely to be forgotten. This latest act of Trump’s bravado is unsurprisingly drawing attention to the complete shambles the American administration is working under. It is disjointed, haphazard and seemingly operating in administrative silos. One experiment with an ‘approach’ in the Muslim world and another implements its polar opposite. Enormous dominance, ‘superpower’ if you wish, sits with childish, broken and incompetent leaders. In November 2011, Trump himself was seen in a video calling out then-president Barack Obama for his inability to “negotiate” which would in turn lead him to “start a war with Iran.”[2] His laments continued with his theory that Obama would attack Iran before the election, arguing “that’s the only way he can get elected.”

His egregiously miscalculated and greatly misjudged move to attack the airport holding the General shook world politics overnight. Seemingly no western governments were informed, nor for that matter, the likely ramifications on the US’ own military or civilian infrastructure, scrambling to pull out many of its citizens after the attack. Operating with no clear direction, the US has instead confirmed that they want anything but regional stability and anything but the eradication of terror.

If not sheer incompetence, the US’ divergent policies are aiming to perpetuate violence and destruction in the Middle East for as long as possible. Destabilisation and the creation of reactionary militancy appears to be the US’ most profitable transaction. The US, is thus, not only terrorising through the millions of innocents it has already exterminated but catalysing terrorism and then substantiating their reactionary narratives. Fertile grounds sprouted ISIS. The US supported ISIS’ equivalent Iranian and Iraqi militias who carried out unspeakable horrors (and terrors) in Mosul, Homs, Aleppo and elsewhere against its populations under the command of Soleimani. Once achieved, it assassinated him and Abu Mahdi Al-Muhandis, the head of the Popular Mobilisation Forces; the Iran-backed militia in Iraq.

Many had argued that Iran and the US were inherent friends seeking to uproot Sunni communities and spread its revolution. A more balanced assessment is that the hostility between the US and Iran is, in fact, real and deeply entrenched, as proven by this assassination. It goes without mention, however, that Iranian politics is shrewd and its leaders are very willing to work with its arch-enemies to forward its regional agendas. The US-pandering Sunni nations of the gulf would do well to realise this. The US happily planted an Iranian-backed regime in Iraq and helped maintain the Syrian status-quo (to the same effect) to dislodge appropriate religious representation. Nothing is exceptional about the nations of the gulf for the US’ long-term expansionist strategy to be any different to Iraq. Backstabbing powerful nations such as Turkey, and stifling the latter’s diplomacy and efforts to counterbalance Iranian influence in Syria will only backfire. In the same token, Iran’s exploitation of US invasions for its expansionism into Syria and Iraq has created enormous anti-Iranian sentiment in the Muslim world.

Qasim Soleimani was instrumental in turning around the revolution against an appalling dictator; Bashar Al-Assad by supporting his regime with fanatical men, weapons and strategies. Such actions led to the killing of hundreds of thousands of Syrians and the displacing of millions. After convincing the world the Sunni revolutionary groups (besides ISIS) were just US pawns, the US all but annihilated them with the help of Iranian-backed militias. Likewise, in Iraq, the pushback against ISIS, supported by Iran, was used as a pretence to ethnically cleanse the Sunni regions and purge out Sunni groups regardless of their adherence. By assassinating Soleimani and Abu Mahdi Al-Muhandis, the US demonstrates that it only perceives Iran suitable for instrumentalising the defeat of its Sunni foes. Iran would have thus done better for regional coexistence and cooperation against flagrant neo-colonial forces had it worked with the aspirations of the Sunni masses in Iraq and Syria rather than against them.

Where does Hamas fit into all of this?

Soleimani was admired and revered by many Iranians. This is apparent from the millions of mourners taking to the street; displaying both their rage at the US and support for retaliation. The aforementioned transpires into a kind of an unspoken expectation on the part of Iran for the groups that it supports across the world that they now reciprocate that support. Of the various groups that expressed their condemnation, maybe the most surprising for many, was the Sunni Palestinian Islamic Resistance Movement (Hamas).

Hamas leader, Ismail Haniyeh’s presence at the funeral of Qasim Soleimani caused a major stir amongst disappointed Sunni Muslims and neighbouring states, with a high-ranking Egyptian official calling it a “shameful attack” on the country’s honour.[3] Although praise and eulogising of Soleimani is indeed condemnable, Hamas’ position politically is, in fact, entirely predictable for those aware of their historical dilemma. It would not be an exaggeration to say that Iran has ominously supported Hamas, both financially and militarily, and more so than any other state. To condemn where appropriate and just, as well as overlooking unfortunate events where necessary, one must understand the environment and dilemmas involved.

It is fair to criticise Hamas for going beyond diplomatic necessities at a time like this, particularly since many prominent Palestinian scholars and leaders have to tread a balanced path in condemning the American act of aggression without elevating the criminal to the status of a martyr. Doing so will only alienate them and reduce support and sympathy from the mainstream Muslim world.

Simultaneously, however, it is unfair to presume that Hamas’ actions suggest they endorse Iran’s crimes and apocalyptic expansionism. Their withdrawal from Syria many years ago proved the fact that their core focus is the acute extermination they are attempting to protect the Gazans from. One must not forget their clear support for Syrian revolutionary aspirations,[4] and positions against the atrocities taking place there. After all, some of the Syrian Regime’s victims were, in fact, leaders in Hamas.[5]

It is an extremely delicate time for Hamas who are currently pursuing a long-term ceasefire agreement for the Gaza Strip and cannot negotiate from a position of strength without the political support of other nations. Nonetheless, Hamas, as a political and military entity has around two million Sunni Muslims to protect, if not much of the Muslim world, as they stand in the way of Israel’s own genocidal expansionism and extermination programme. Those who bear the lion’s share of the blame for Hamas’ unfortunate political associations, that are indeed unfortunate ones, are the gulf nations that have not only failed to support the existence of Hamas, but have favoured its demise. The Arab nations ‘lamenting’ Hamas’ position should instead lament their failures and insistence on deserting the Palestinians as they face their existential threat.

While detractors are accusing Hamas of having sold out their values in exchange for weapons, in reality, such an accusation is self-destructive. This is because while it seems they have ‘sold out’, they are doing this to uphold their value, which is to defend Palestine. Though there is a place for legitimate criticism, the Gazans, if none else, should be leant any real benefit of doubt. Saying that, Hamas’ foreign policy intentionally only extends as far as the Palestinian cause, reserving that it is ‘the cause of the Ummah’. Such a policy necessitates active neutrality so far as the source of support if it stems from members of that Ummah, as unfavourable as they may be. Furthermore, we cannot expect a besieged resistance movement, strangled in 360 square kilometres of flatland to champion all causes or to detrimentally side with one Muslim nation over another.

Muslims should endeavour to take a balanced approach to recent events. While Iran has orchestrated enormous massacres in the past, this doesn’t mean one should extend their support to a coalition that has orchestrated perhaps even worse. Even if the latter are better at concealing their crimes by owning the media narratives we consume day in day out. If the assassination of a criminal brought temporary respite to some of his victims, this should not be taken to legitimise the brazen extra-judicial killings and flagrant violations of international law and norms.

Iran’s hate-filled, sectarian expansionism and crimes in Syria and Iraq are unlikely to change after Soleimani’s assassination. The perpetually battered region needs less internal division, sectarianism and duplicity. The assassination of Soleimani should make both Arab countries and Iran realise that the US’ primary policy is to create regional chaos and perpetual war through further fuelling sectarian divides. Either of the two siding with these ambitions will only backfire. The US would not have dared assassinate Iran’s second in command without guaranteeing the silence of its Arab herdsmen, nor would Iran have dared expand into Iraq and Syria were those Arabs united in challenging this. Our Ummah must resolve this schism itself.