An identity of a brotherhood of suffering 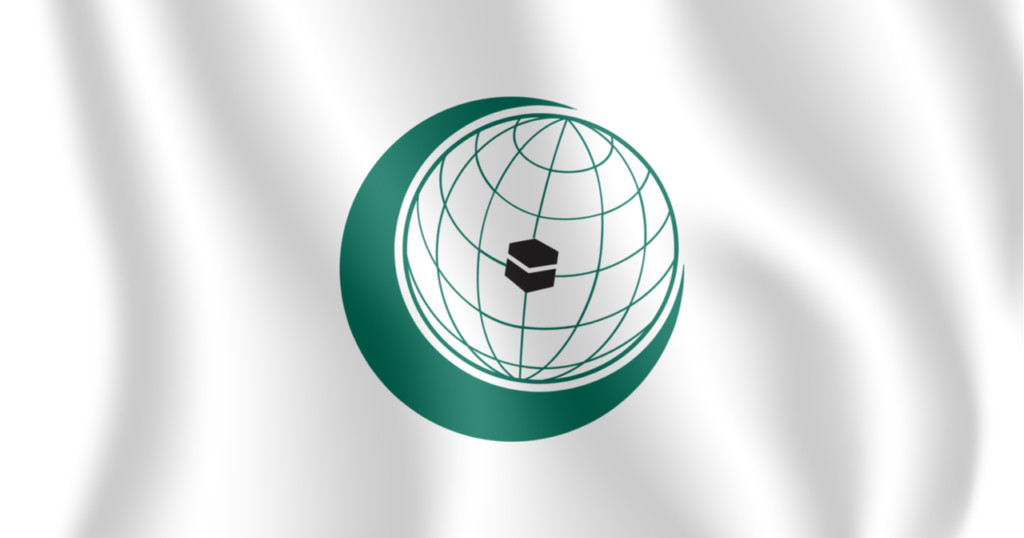 “We have bestowed dignity on the children of Adam… and conferred upon them special favours above the greater part of Our creation.”[1]

‘Rohingya Muslims Are the Most Persecuted Minority in the World’. ‘China Is Treating Islam Like a Mental Illness’. ‘Amit Shah, President of India’s ruling BJP, says “Infiltrators (Muslims) are like termites in the soil of Bengal. The BJP Government will pick up the infiltrators one by one and throw them into the Bay of Bengal.”’ These references may not surprise those living in the West who are ruled by the likes of Trump and Johnson and a powerful Islamophobia industry. Yet overall, stories like these are certainly driving Muslims into a defeatist, oppressed, and victimised mentality, just as the Jews were during the time of Hitler. The simple notion of Muslim victimhood – an identity of a brotherhood of suffering – is being massively pushed. If an entire generation of Muslims grows up convinced they are disempowered and under assault, an entire generation of Muslims will be lost. The need of the hour is therefore to restore Muslim dignity and self-esteem, despite the enormous challenges we face.

We live in a time when nation states overtly commit war crimes, cheered on by bloodthirsty majoritarian citizens and getting away with murder. The word democracy glitters like fool’s gold on the tongues of world leaders. Regimes promoting human rights appear toothless in the face of the bold barbarisms of nation states invested in repressing democracy.[2] The issue of the Rohingya genocide is well known; its details need no repetition. The case of the genocide is now before International Criminal Court (ICC) in The Hague, filed by Gambia against Myanmar. The shamed Aung San Suu Kyi has already appeared before the ICC, whitewashing the crimes of her army.

Highlighting the plight of the 13 million ethnic Uyghurs and other Turkic Muslims in China, where practicing Islam is treated as a crime, has been an uncomfortable issue even for Muslim nations, including those in the Organization of Islamic Cooperation (OIC). The Chinese government is carrying out forced political indoctrination, collective punishment, restrictions on movement and communications, heightened religious restrictions, and mass surveillance on the Uyghurs. The Chinese government uses the issue of terrorism to justify such oppression, on the premise that any expression of Muslim identity is synonymous with extremism. Why else would 22 of the 26 countries that China considers “sensitive” be Muslim-majority countries that are OIC members?[3] Yet instead of condemning China, the OIC has commended its efforts in a resolution focused on safeguarding the rights of Muslims living in non-Muslim countries. The OIC commended China “in providing care to its Muslim citizens” and looked “forward to further cooperation between the OIC and the People’s Republic of China”. The resolution did not include a word of criticism or condemnation for Beijing. Thus, the OIC essentially condoned the mass surveillance, forced political indoctrination, arbitrary detention, and collective punishment of a Muslim minority population.[4]

The plight of Muslims in India is another case in point. The Modi government initially set out to change Kashmir’s special status and impose a communications blockade on the Valley, putting Muslim Kashmir under siege. Now, a rising tide of anti-Muslim hate is surging through India as Modi, who presided over an anti-Muslim pogrom in 2002, drags India towards his own brand of fascism with no space for minorities. The NRC (National Register of Citizens) and CAA (Citizenship Amendment Act), with the “potential of transforming India into a majoritarian polity with gradations of citizenship rights” fuelled by the hard right Hindu nationalist ideology of the RSS, are part of a watershed moment in India’s descent into illiberal majoritarian rule. Diversity – the foundation on which India was built – is under attack as a result of these adverse recent developments in Modi’s India, including the recent Supreme Court verdict on the Babri Masjid. The OIC did express concern about these recent developments affecting Muslims in India, stating that India should uphold its obligations under international law for non-discrimination against minorities. Ironically, however, the statement by the OIC was issued on the same day that Modi claimed that the opposition was envious of his popularity in Muslim nations. Modi further stated that his ‘popularity’ in Muslim nations would translate into approval among Indian Muslims. In fact, both Saudi Arabia and the UAE have recently rewarded Modi with their highest civic awards – an insult to Muslim dignity indeed!

Thus, it is difficult to take the OIC seriously with its record of hypocritical, ill-informed, and sanctimonious statements that inspire no confidence for the Muslim world. The OIC is competing very hard with the Non-Aligned Movement and the Arab League to receive the tag of the most ineffective international organisation, as its past record shows. It also appears that a growing number of Muslim-majority countries are becoming increasingly uncomfortable with Riyadh’s leadership in Islamic affairs since the ascendancy of Crown Prince Mohammed bin Salman, which has contributed to a desire to see institutions and summits led by other states that could theoretically provide alternative paths to solving the problems of the Islamic world.[5] In this context, the recent Islamic Summit held in Kuala Lumpur (KL), hosted by Malaysia’s Prime Minister Dr Mahathir Mohamed, was seen by observers as a game-changer. The KL Summit provided a ray of hope, as crucial issues hitherto pussyfooted by the OIC – which has long been dominated by Saudi Arabia – were listed for discussion. However, contrary to expectations, the most pressing concerns of the Muslim world were largely avoided in the Summit, and it succeeded only in confirming the difficulties that the Muslim world has in dealing with its issues, although there was still optimism regarding the emergence of an alternative voice.[6]

Some insights from the KL Summit will be useful for the future.[7] Firstly, the posturing of this initiative is a fresh start, with non-Arab and democratic countries taking more of a leadership role. Secondly, the messages from the opening plenary session had many common themes with the traditional OIC narratives, such as Islamophobia. In truth, Islamophobia is a Western phenomenon and should not be taken at its face value in Muslim-majority countries, where the issue is very different. Thirdly, the main themes discussed at the KL Summit were recurring references to governance, democracy, poverty, trade, and development in Muslim-majority countries.

However, critics have pointed out a few problematic narratives that emerged during the KL Summit. Questions were raised about whether religion itself is the most powerful unifying force, or whether more pragmatic concerns – such as cooperation on trade and security – might be more effective mechanisms in the future. The tendency to insist on the monolithic identity of the Ummah, rather than developing the ability to appreciate diversity across the 1.8 billion Muslims worldwide, pushes an inward-looking view of matters rather than an outward one.

Although the OIC has been reduced almost to a non-factor in international politics, a reformed OIC still has real potential to act as a champion of Muslim rights and dignity, advocating for human rights in the Muslim world and promoting world peace and sustainable development as an international organisation. The overarching message from the KL Summit, as stressed by Dr Mahathir, is not to form a parallel forum, but instead to use the clout of those who have raised an alternative voice to lobby within for a stronger and more credible OIC to face the emerging challenges of Islamophobia. One way forward to build credibility will be for Muslim leadership to discuss fundamental rights, issues of governance, and economic development. Muslim leaders should not be seen only as champions of Muslim causes, but should also speak out against coercion, oppression, and illegitimate occupation regardless of religion or location. The broader the coalition against racism and bigotry, the more effective it will be.