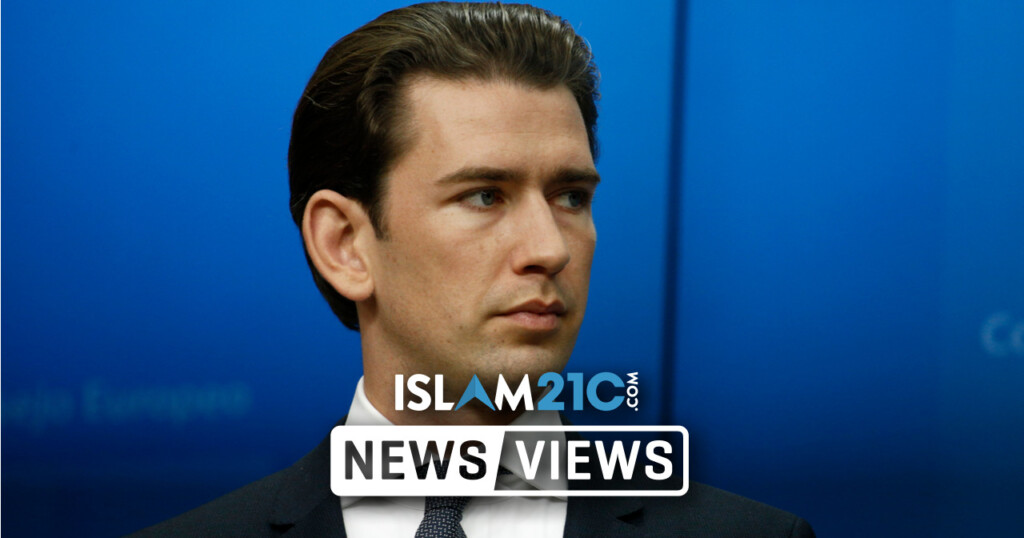 On the occasion of the International Day Against Police Brutality, five Austrian human rights organisations have released a letter of petition to the Austrian government seeking answers for the multiple heavy-handed anti-terror raids that took place on 9th November 2020, shortly after the Vienna shootings that were later blamed on an ISIS supporter. The multiple raids targeted dozens of innocent families. [1]

The Austrian government’s set of raids in November 2020 – codenamed Operation Luxor – saw in excess of 930 security forces break down doors and smash in windows at the homes of 30 Muslim families. The letter from the human rights organisations places a significant emphasis on the violation of children’s rights during the fruitless raids.

The letter, which is addressed to Minister of the Interior Karl Nehammer, Chancellor Sebastian Kurz, Vice Chancellor Werner Kogler, and Ombudsman Walter Rosenkranz, was initiated by the recently-created Assisting Children Traumatized by Police (ACT-P). The letter opens by demanding that “the families of the innocent people that have been violated” be provided with “the facts in relation to the conduct of the operation and its conformity to Austrian and International law.” [1]

The uniqueness of this particular group of raids is simple: there were no arrests made on the day, nor have there been any charges on any of those who suffered the brutal and traumatic ordeal of having their homes burst into at the crack of dawn. The letter states that, on the whole, most of the raids lasted around eight hours.

In dozens of early morning raids, Austrian police and intelligence officials violated the sanctity of a large number of Muslim family homes and caused “ongoing psychological trauma as a result of the raids, with some even showing early signs of post-traumatic stress disorder (PTSD).” [1]

The letter goes further to pin the blame at the feet of Nehammer, who oversaw Operation Luxor as the government official in charge of the Ministry of the Interior. The raids were undertaken by “the BVT (Ministry for the Protection of the Constitution and Counter Terrorism) under [his] direction.” [1]

The signatories argue that over 62 children were “traumatised and victimized” by the early morning raids, after authorities deemed them to be legitimate targets. This was in direct contravention of Article 3 of the United Nations Convention on the Rights of the Child. Providing quantitative data, the letter states, “81.3% of parents reported that they could identify serious changes in their children, including issues such as depression and anxiety as a result of the raids”. Moreover, Austrian media have noted that “at least 58 formal appeals have been lodged by the individuals targeted in Operation Luxor”. [1]

In a sad irony, one of the victims, a young boy, described how he thought a terrorist had broken into his home due to the security forces wearing balaclavas and being heavily armed.

“He was wearing a mask … so I only saw his eyes. My first thought was that he was a terrorist…my mother came and tried to calm me down, but I was shaking so badly that my teeth chattered. I couldn’t stop, I was afraid, panicked, shocked…everything. I woke up and someone was pointing a gun and screamed at me…” [1]

Another young boy described his horror when a police officer forced him to lie flat on the ground for half an hour whilst pushing his head down with the barrel of his firearm.

The letter seeks answers from the Government concerning whether the Austria Ombudsman Board (AOB) was notified of the raids prior to them taking place. Since 1977, the AOB has independently monitored “all authorities, administrative bodies and departments of the state, provinces and local government authorities”. The letter suggests that, owing to Article 148a of the Austrian Constitution, the AOB should have been informed. [2] [3]

A recent Anadolu Agency article documents the experiences of one man, Mohamad Jamal Morad, who has spent the past 42 years as a resident of Austria. Morad recalls how he had gained the trust and respect of numerous high-level officials as well as the police due to his work as a social activist. However, this did not prevent his family home from being one of the raided properties on November 9th. [4]

“Security forces broke my door and entered my bedroom without the need to press the doorbell and pointed the barrel of their guns at me. I noticed that the cops were very nervous, their hands were alert and the guns were unlocked. They had prepared as if I was going to respond to them…” [4]

Morad went on to describe how despite having had a very good rapport with the officer in charge of the raid, owing to his prior work activities, “[the police] acted as if they are attacking an enemy line in a battlefield. I was shocked for a while, I guess I will never forget those moments…” [4]

“Then I tried to pull myself together. Where am I? Am I in Vienna? Am I at home? Or am I in Syria, where similar things happen every day? I talked to myself, and tried to grasp the situation I was in. Then, unfortunately, I noticed that I was at home in Vienna, where I lived peacefully for 42 years.” [4]

Amongst the dozens of families affected by the raids, a prominent political scientist was also targeted under Operation Luxor. Dr Farid Hafez – an expert on Islamophobia, a university lecturer at the University of Salzburg, and an Austrian citizen from birth – explained his shock at his home being raided.

“There is definitely post-traumatic stress disorder. When all of this happened, one of the effects on my kids is that they could not go to bed alone anymore. They were not able to sleep alone; they were afraid of the dark. And they were afraid of police officers.” [5]

The letter concludes by requesting the Minister of the Interior to assign independent investigators to look into the possible human rights violations during the November raids; to hold the relevant authorities to account; to formally release a statement offering to assess the possible abuses that took place in the raids; and to ensure that any complaints about police misconduct are “thoroughly investigated by an independent external authority.”