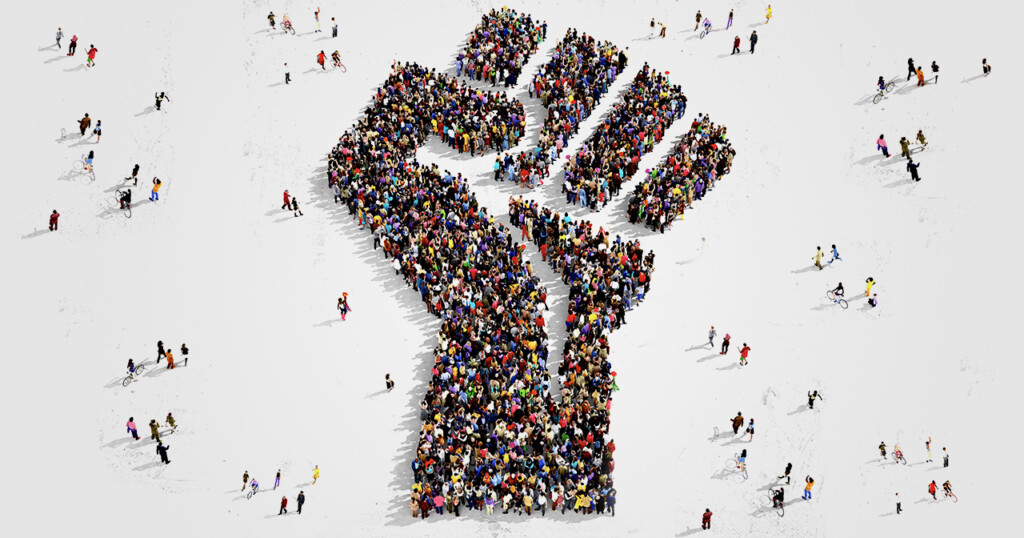 As Muslims, our strength is in our numbers. How we live our lives and how we engage with the wider Muslim community is paramount to achieving this strength.

Shawcross Appointment Highlights a Deeper Problem with the government

William Shawcross infamously once said “Europe and Islam is one of the greatest, most terrifying problems of our future.”An outspoken advocate for all of the government’s War on Terror policies for the last 20 years from the war in Iraq to Prevent, Shawcross has no credibility to lead a review on Prevent, the major criticism of which is its Islamophobic nature.

His lack of legitimacy coupled with the government’s attitude toward an “Independent review of Prevent” that it had committed to nearly two years ago, has unified the biggest, broadest coalition of Muslims since the Iraq War in 2003. Over 550 organisations and individuals from the Muslim community, including 350 mosques, have announced they will boycott the review into Prevent, including those who have previously engaged with Prevent and Prevent reviews, which speaks volumes itself.

The coalition, despite all its differences, all agree unanimously that Shawcross is not fit for purpose to lead such a review and that the harms and concerns of Prevent must be included in any genuine review of the policy. As an alternative, some of the coalition have even been considering setting up a people’s commission to analyse Prevent, warts and all.

William Shawcross is the symptom of a much bigger problem

Our instinct is often to blame the person over the process. When Lord Carlile was initially appointed as reviewer of Prevent, there was a similar outcry due to his lack of impartiality on Prevent and due to the failings by the government in the actual appointment process. He was subsequently removed from this post after deciding that he did not want to face the legal challenge that had mounted against his appointment. However, though scrutiny of the personalities involved, like Carlile and Shawcross, is important, this is only insofar as it is indicative of fundamental problems with the process and those overseeing it, namely the UK government.

And there is history here.

The current government has consistently denied that there is anything fundamentally flawed about Prevent despite over a decade of legitimate criticisms and concerns being raised by not only the Muslim community who have faced the brunt of this policy, but by a range of NGOs, academics, MPs, UN Special rapporteurs and other professional bodies such as the National Union of Teachers and the Royal College of Psychiatry. When criticism of Prevent is highlighted—whether in the context of a four-year-old mispronouncing of “cucumber” or that of another four-year-old discussing Fortnite—the government has opted to defend the strategy and discredit the critic, rather than assessing whether there are any issues with Prevent.

Moreover, even though a review should systematically analyse the policy and its implementation, as well as factoring in all available evidence and feedback, and its recommendations should not shy away from scrapping the policy, it would appear that the proposed review into Prevent is merely an attempt to placate its critics. The objective of the review according to the government’s description on its website is to provide recommendations for Prevent and this implies that yet another rubber-stamping activity will be carried out of the policy rather than any genuine review which will scrutinise all the evidence and take into considerations its societal and individual harms.

A history of ignorant bliss

Home Secretaries have demonstrated an unwillingness to hear from various sectors of society about Prevent’s inherent problems, ignoring the concerns of civil society organisations, faith-based groups and academics. For example, when responding to critics of Prevent, former Home Secretary Amber Rudd said, “Prevent is here to stay.”

Why would Prevent be expanded if there was a genuine intention to assess its effectiveness?

The 2011 and 2015 reviews into Prevent are further cases in point. In both instances, any censure of Prevent was unfortunately ignored and Prevent was expanded both in terms of scope and funding. It was even put on a statutory footing when the Counter-Terrorism and Security Act was passed.

As the government has failed to appoint a genuinely independent reviewer for the second time, one can only see any review connected with the government as yet more whitewashing of Prevent.

All the signs from academia, human rights NGOs and growing case studies of the harms caused by Prevent including over 500 case studies documented by Prevent Watch, suggest that if a legitimate review process were to take place, the only logical step would be to abolish it. The government is aware that any genuine review of Prevent would lead to the ultimate admission that their flagship programme, a programme that has been modeled as a success to other countries around the world and implemented as CVE, is indeed a failure. If the government were convinced that a review would show Prevent was a success, an unlikely outcome given their own admission that “extremism” is increasing and Prevent is not working despite over a decade of its implementation, then surely, they too would be open to a legitimate and truly independent review of Prevent.

The recent Shawcross appointment raises profound concerns about any review into Prevent by the government. It continues a tradition of protecting Prevent and side-stepping all major concerns about Prevent. And more pertinently, it has highlighted that, now more than ever, there is a pressing need for an actual independent process that is removed from the corridors of power. The UK government as a power has exemplified in this latest charade that it cannot be trusted to act in the best interest of society as it continues to bulldoze through with a harmful and failing duty that shows no evidence of actually ‘preventing people from being drawn into terrorism’.