In a report entitled “Ummah at the Margins: The past, present and future of Muslim minorities”, Yahya Birt discusses the need for Muslim communities to focus on strategies for freedom and prosperity, rather than inter-state quarrels
News 12/10/2022No Comments6 Mins ReadBy Shaheer Choudhury 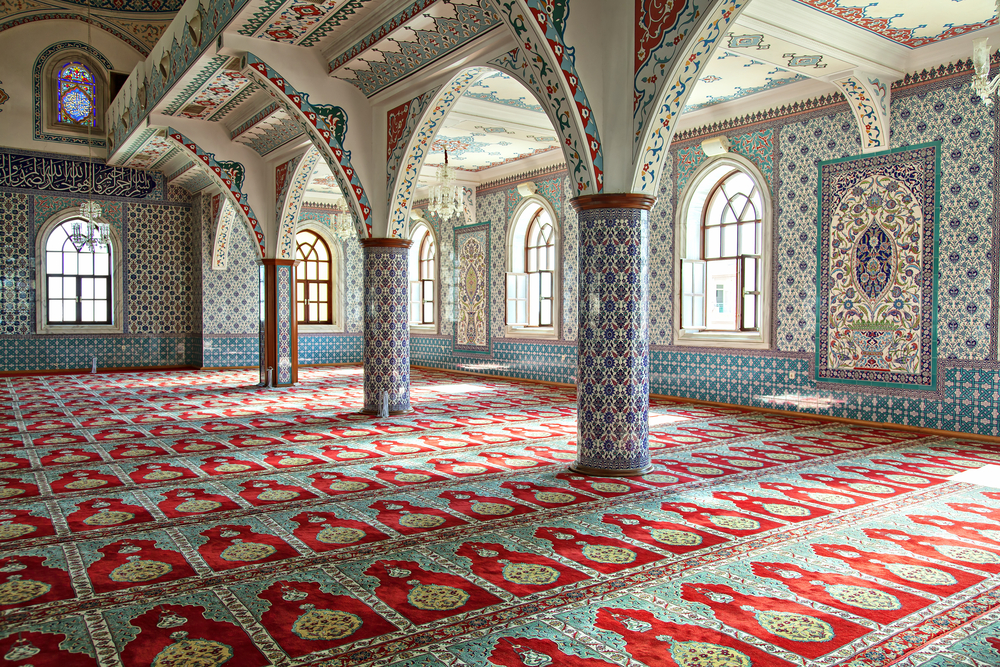 On Monday, the London-based Ayaan Institute released a paper that delves into the world’s various Muslim minority populations, in addition to the specific reasons why they matter and how they can boost their strength. The thinktank’s latest release also looks into the obstacles that are hampering the efforts of Muslim minorities, including those located in Russia, China, India, as well as those in the African continent. [1]

Authored by Yahya Birt – who is one of the thinktank’s research directors – the report touches on topics including Islamophobia, the international rise of the Hindutva ideology, securitisation of Muslims, and the soft and hard power possessed by a number of Muslim minorities.

Birt is a writer and academic who has over twenty years’ experience in public policy engagement. A researcher who is noted for his work on the great 19th century British convert to Islam, Abdullah Quilliam, Birt has authored a dozen peer-reviewed academic articles on different aspects of Muslim history in Britain and is a widely respected figure in the field. [2]

This is my first report for @AyaanInstitute. In reality, it is based on over thirty years of living, being and acting as part of the Muslim minority that inspired and nurtured me. The intention is to spark a new conversation about the future of Muslim minorities everywhere. https://t.co/hNQeoh06Dw

Ustadh Kashif Zakiuddin, in his position as History Editor at Islam21c, warmly welcomed the report’s release and said,

“The margins of the Muslim world are frequently overlooked, unless some crisis is unfolding. These are unprecedented times for the Ummah; a greater proportion of Muslims live as minorities under non-Muslim authority than at any other time in Islamic history. Yayha Birt’s thoroughly researched report is a timely intervention on this topic, thus bringing this neglected issue firmly into the spotlight.”

Distinguishing between concepts of Ummah and People

In the report, Birt argues a fascinating point in that Ummah is something very different to people, nation, or community. In making a clear separation of the Arabic term and its English translations, he goes further to state that many translations are “potentially misleading or simply inaccurate because of their modern political connotations, which are set by the global spread of the European nation-state system in the last 200 years through the colonial and postcolonial periods.” [1]

“Etymologically, in Arabic, Ummah derives from ‘Umm’ (mother) and in this sense means a community with a shared leader or imam. In the Quran, there are 64 references to ‘Ummah’ in singular and plural forms that stretch from the middle Makkan to the Medinan period.” [1]

While Western thinking “has colonised the Muslim political imagination”, Birt argues that the understanding of Ummah is occasionally conflated with qawm – the term used in the Qur’ān to refer to “a community based on a specific religion, language, ethnicity, or territory.” [1]

He explains that qawm is the modern-day foundation for the nation-state structure, whereas belonging to the Ummah requires an active and clear adoption of Islamic principles of enjoining good and forbidding evil, submitting to God’s commands, and being balanced in one’s views (what is referred to as wasat). [1]

“Hindutva is emerging as the chief driver of global Islamophobia”

Many have been closely following the recent events that developed in the English city of Leicester – mobs of Hindutva-aligned people set upon the city while demonstrating in huge numbers and openly carrying weapons. Threats and violence were reported against Muslims and reporting after the fact has revealed that many of those who were charged by Leicester police were from outside the county (of Leicestershire). Moreover, analysis by the BBC reporter Abdirahim Saeed found that “over 50% of a 200K sample of tweets originated from accts [accounts] geolocated in India.” [3] [4]

While the UK got a taste of Hindutva fascism in recent months, in the report, Birt looks at some of the lurching steps towards fascism that India has taken over the past century, particularly with the establishment of the Rashtriya Swayamsevak Sangh (RSS), the Vishva Hindu Parishad (VHP), and the Bharatiya Janata Party (BJP).

Birt says in his paper,

“India revoked Article 370 of the Constitution in 2019 which has allowed Jammu and Kashmir at least on paper to have its own constitution, flag and independence except for foreign affairs, defence, and communications; the de facto reality is that this independence had long been deliberately eroded, something accelerated under Hindutva nationalism. Along with the ethnic cleansing of Gujarat’s Muslims in 2002 and the annexation of Kashmir, India’s only Muslim majority state, the systemic targeting of Kerala’s Muslims marks the latest phase in Hindutva’s attempt to destroy the future of the world largest Muslim minority population.” [1]

“Today, in terms of organisation, Hindutva comprises the three core elements of fascism: a voluntary paramilitary wing, Rashtriya Swayamsevak Sangh, established in 1925; an ideological wing, Vishva Hindu Parishad, in 1964; and a political wing, the Bharatiya Janata Party in 1980, which has been in power since 2014. Its continued electoral success is grounded upon scapegoating India’s Muslims as disloyal foreigners and terrorists. Beyond that, Hindutva is emerging as the chief driver of global Islamophobia.” [1]

Although there are dozens of Muslim communities dotted throughout the world, Birt pays particularly close attention to three specific Muslim minorities: those located in India, China, and Russia.

Noting that each of these countries has relatively large historic Muslim minority communities, Birt discusses the point of each country’s government having taken an anti-Muslim stance in years past.

For example, China is engaged in the brutal oppression of the Uyghur Muslims in East Turkestan; Russia has engaged in military conflicts with Muslims in Chechnya, Afghanistan, and Syria; and India has been on a path towards Muslim genocide for a number of years, with the mistreatment of the Kashmiri Muslims. [5] [6] [7]

“All three have developed majoritarian systems that are hostile to Muslim solidarity that, in the last 20 years, adopted the securitized language of the global War on Terror. All three are economically significant nuclear powers, and none more so than China … the Key 3 are central to the post-West shift of global political and economic dominance to East Asia.” [1]

Birt also discusses the urgent need for Muslim minority groups to pay closer attention to the Ummah’s strength, and to move away from “interstate rivalries”, particularly when there are oppressed or subdued Muslim groups in all three of the aforementioned countries, and all three separate groups need to have their interests furthered, but not at the detriment of another.

“A major challenge facing Muslim minorities, especially those in the West, is to avoid amplifying intra-superpower rivalries or internal or regional tensions which use these three Muslim minorities as expendable proxies for nationalist agendas.” [1]

The full report can be viewed here.