The fashion label has been condemned for its alleged use of child pornography in two adverts; we question why some people are ignoring this and focusing on negative reporting of the Qatar World Cup
News 25/11/2022No Comments5 Mins ReadBy Shaheer Choudhury 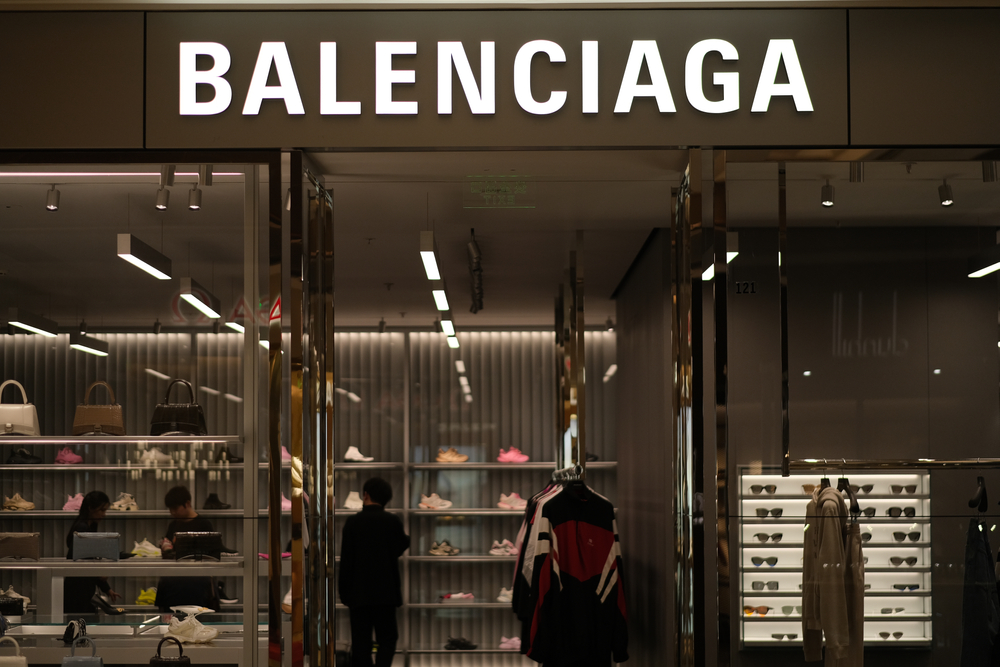 The Italian luxury fashion house, Balenciaga, has been strongly criticised on social media and in fashion magazines in the past couple of days, after an advertising campaign featured children holding bondage-clad teddy bears. The reprehensible advert was only removed from Instagram and the label’s other platforms, following immense condemnation. In addition, the Paris-based fashion label has also had to apologise for another scandal just hours following its apology for the bondage-related marketing – a separate advertising campaign that involved a handbag displaying text from a US Supreme Court ruling on the Ashcroft v. Free Speech Coalition child pornography case. Would you believe that the outrage has mostly been vocalised on social media, and not by the majority of the Western world’s papers? [1] [2]

While the 2022 World Cup rages on in Qatar, the Balenciaga-related controversies certainly renew the spotlight on questionable and outright unacceptable marketing and other practices employed by established clothing manufacturers. In addition, much has been said about the rights of migrant workers in Qatar, and their dire conditions in a number of cases. However, there does not seem to be the same level of anger at Balenciaga as compared to the astronomical levels of criticism hurled at Qatar.

A little detail on the Balenciaga controversy

An advertising campaign, that employed the skills of photographer Gabriele Galimberti, saw two young girls clutching teddy bears that were dressed in bondage items. Last week’s Balenciaga press release sought to introduce the marketing idea as realising “…the artist’s series Toy Stories, an exploration of what people collect and receive as gifts”. Moreover, the press statement said that the new line-up of products would include “dozens of new products ranging from homeware, petwear, and scent, from everyday items to limited-edition collectibles and bespoke furniture.” [2]

However, after receiving numerous complaints and some negative international reporting on the advert, the label later apologised, claiming that it would be taking “legal action against the parties responsible” for the advert’s production. Are they planning to sue themselves? [1]

Balenciaga stated in a written apology,

“We apologise for displaying unsettling documents in our campaign. We take this matter very seriously and are taking legal action against the parties responsible for creating the set and including unapproved items for our Spring 23 campaign photoshoot. We strongly condemn abuse of children in any form. We stand for children safety and well-being.” [1]

In a separate post on Instagram, the company also said that it was sorry for the use of children in its other equally condemned advert:

“We sincerely apologise for any offense our holiday campaign may have caused. Our plush bear bags should not have been featured with children in this campaign.” [1]

This really begs the question, why did the fashion label think that images of young children holding teddies with bondage-related props would be acceptable? Surely, it should not need saying, that the sexualisation of children is a clear no-no.

Some have argued that the label was deliberately engaging in controversial content in order to induce a “shock factor” and ride the wave of increased attention on the brand; over the decades, some people have attributed the phrase, “Any publicity is good publicity” to the American circus owner, Phineas T. Barnum – perhaps this was Balenciaga’s ultimate goal with these two deeply inappropriate adverts. [3]

On social media, feeds were inundated with people criticising the company for not only showing images of children with bondage-related gear, but also one photograph that had a child in the same shot as empty wine glasses.

Nevertheless, Balenciaga would not have paid much attention to Twitter, however, as the company deleted its account in mid-November, following Elon Musk’s takeover of the company. [4]

Why is it the case that the Balenciaga scandal has barely made front-page news, when the Qatar World Cup was being condemned before it even began? It is important to have balanced reporting and it seems evident that a number of major British news outlets are being highly selective in their coverage of the football, and the Russia-Ukraine war, all while ignoring other scandals such as that of Balenciaga.

The Guardian, one of the most liberal-leaning papers in the UK, has not a single story on the Balenciaga controversy. [5] However, it felt obliged to describe FIFA President Gianni Infantino’s recent remarks on not criticising Qatar as “bizarre”. [6] A further search suggests that the BBC – which chose to not cover the opening ceremony of the World Cup – has not covered the story, either. While the Times, the Independent, and the Telegraph have all addressed the issue, most other British papers have not. Interestingly, papers outside of the UK have extensive coverage on the Balenciaga issue.

Is there a co-ordinated effort by British papers to keep the spotlight on other issues, such as Ukraine and lesser issues around LGBT rights and other causes during the World Cup? Perhaps this is a lesson to be mindful that the stories and narratives that are often pushed as being “major” or “breaking news” are not always the most important. It never hurts to do further research, beyond what lies at the surface.

Many Western papers and commentators continue to criticise Qatar for its stance on the LGBT cause and the associated rainbow flag/ armband, on the selling of alcohol in stadiums, and on the rights of migrant workers. But a major fashion label has just gone and released obscene adverts that it almost certainly knew it was going to receive criticism for. Where is the moral outrage?

Where are all you Qatar protesters now? regarding the pedophilia agenda of #Balenciaga? This world is becoming lost. There are no limits. Come on let’s see you all cover your mouths & protest this. Sexualisation of innocent children. Disturbing.