In part four of this series, Alim Hasan Islam continues to pen his thoughts while enjoying the 2022 World Cup in Qatar
Opinion 24/11/2022No Comments7 Mins ReadBy Alim Hasan Islam 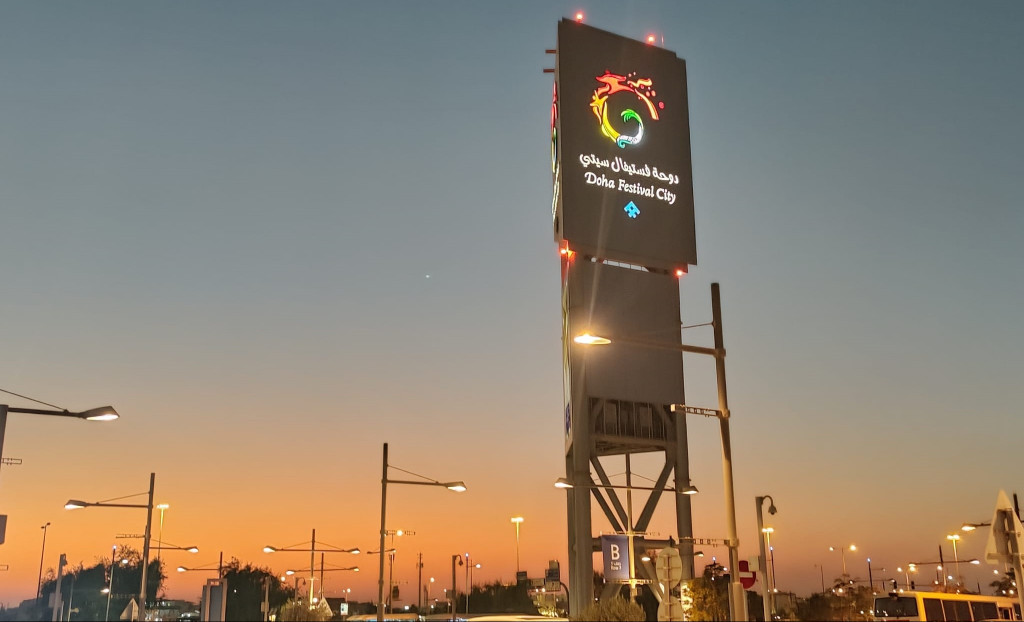 It was another game on Tuesday. This time, Tunisia vs. Denmark. As we waited for our transport outside our accommodation, we came across two England fans going to the same match. One was a Sikh guy from Hounslow, the other an English migrant working in Qatar. The Englishman was telling me that he came to join his partner in Doha, who is a medic and is working as part of the medical staff for FIFA. He said that the area we’re staying in is how Qatar normally is, very quiet streets for the most part. The Sikh man said he had been enjoying his time in Qatar, and that the World Cup had been organised well.

My brothers and I travelled to the Metro in order to get to Education City Stadium, the venue of our next match. Fortunately, the Hayya pass that I’ve previously mentioned allows free access to all public transport during the tournament. It seems that the organisers have made every attempt to make people feel welcome and this was just another indication. I remember that something similar happens in Germany, as when I went to watch Borussia Dortmund play, my friends and I didn’t have to pay for the Stadtbahn.

Conversely, in the UK, rail prices are always at a premium and fans appear to be a last consideration when planning matches. Also, there always seems to be a kerfuffle when the FA Cup final is staged as northern-based fans cannot get to the last train back home due to the odd kick-off times.

The train was full of Tunisian fans. A man started to speak to my brother because he was wearing a Liverpool cap. The man was dressed in a patchwork of different nationalities. He was wearing a South Africa cap from the 2010 World Cup, complemented by a 1999 cricket World Cup top. The man spoke with a strong Manchester accent and had approached us to say “Nice cap”. We assumed he supported one of the Manchester clubs but strangely, he said he supported Liverpool because he grew up in the 80s. He said he also follows Bolton Wanderers. His supporting of many teams and wearing a range of national paraphernalia reminded me of another brother.

As soon as we got to Education City Station, the chanting from the Tunisian fans started. It was a chant I would hear many times throughout the next five hours. I didn’t know what they were saying. We made our way through the Metro and an advert for Petra, Jordan caught my eyes. The famous al-Khazneh, a structure carved into the mountainside, is a famous holiday destination. It is also said that this is where the people of Thamūd lived and were subsequently destroyed.

Respite from the sun

We left the Metro to walk into the scorching hot sun; the sky was clear and blue. It was about 30°C. A short walk to the stadium was navigated with the stadium providing much needed shade. The modern design, coupled with traditional Islamic architecture made from triangles, created diamond-like patterns.

I made my way into the stadium, scaling three flights of stairs to the top. I was starting to boil. Asr had just entered and I made my way to one of the many prayer rooms dotted around the stadium. The well-lit, air-conditioned room provided a much-needed sanctuary from the heat outside, just as so many believers find refuge in mosques.

After Asr, I made my way to my seat. While I was high up in the stands, I was near the centre circle – the perfect vantage point to watch football. The air-conditioned stadium provided a much-needed cool breeze for all spectators. The air was coming up through small circular vents under each seat. It was said to me that some attendees brought jackets because it can get quite cold in the stadiums. The irony!

Was I in Qatar or Tunisia?

Similar to Monday, there was a light and pyrotechnics show as part of the pre-match festivities. However, the light was not as prominent as kick-off was during the day. The spectacle taking place during the day, did however, allow me to notice the army of volunteers and workers who were helping to position the giant World Cup statue and the associated parts to ensure the show went smoothly. A huge thank you to them as they fulfilled their roles in military precision-like fashion, working together in rank and file and in lockstep.

While the Tunisian fans were the overwhelming majority, both national anthems were impeccably observed. Every piece of skill, slide rule pass, and crunching tackle made by a Tunisian player was cheered and celebrated. That chant I heard at the Metro station would be chanted every so often, the Tunisian supporters harmonised. Every time the Danes touched the ball, there were jeers and boos around the stadium.

During half time, a lot of attendees went to pray Maghrib. The prayer room in our area could not accommodate the sheer number of people praying, so a jama’ah was formed on the concourse. It was beautiful to see so many people remembering to perform their salah and also praying together in unison, including the volunteers and cops.

The game ended 0-0, but the Tunisian fans seemed content. After the game, we went to the Souq Waqif for dinner and a bit more shopping. I saw the Spiral Mosque again, this time from the front. It was covered in a lightish red glow.

Education at the football stadium

You may be wondering why the stadium is called Education City. It’s because the stadium is located near a number of university campuses. Indeed, I saw many well-known university satellite campuses from America within the area.

As I entered the Souq Waqif, it was clear that the tournament was alive. While my first visit to the place involved a sense of anticipation, the Souq was now abuzz with tourists. The Saudis were in particularly great spirits, having pulled off a shock 2-1 victory against one of the pre-tournament favourites, Argentina.

Tunisians and Saudis were both singing and dancing vivaciously, the red of Tunisia complementing the green of Saudi Arabia. As we sat eating a seafood pizza topped with squid and prawns, the flow of fans was consistent, despite it being late in the day. The pizza I shared was capped off by a refreshing mojito.

I don’t have another game until later on in the week, who knows what I’ll get up to next…