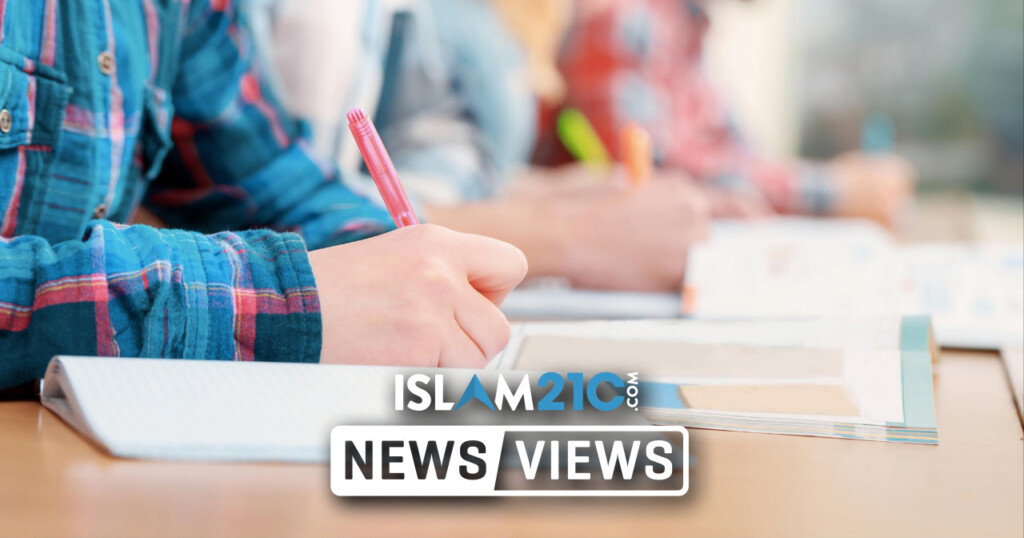 Many students who went to their schools to receive their A-level results on 13th August were left disappointed as a computer algorithm dictated their future. Students went from AAA to BBC – from a place in medical school to having no options at their doorstep.

my sister got her a-level results today! Her mock results were AAA, her centre assessed results were A*,A,A* which she 100% deserves yet because of clever Boris’ algorithm she’s ended up with BBC … HOW do you come to that result when NONE of her work has ever been graded that pic.twitter.com/yedAUl3LVc

Almost a week after results day, students are frantically trying to figure out how to get a place at university. Gavin Williamson, the Minister of Education, and Ofqual have apologised to students and their parents as they officially announced that all A-level and GCSE results in England will now be based on teacher-assessed grades.

This decision has come after hundreds of students took to the streets of London, demonstrating outside of the Department for Education to show their anger and frustration. Jeremy Corbyn, former leader of the Labour Party, said, “This U-turn from the government wouldn’t have happened without the #Alevelprotests from so many young people, the important work of the teaching unions and everyone who spoke out.”

Current Labour party leader Kier Starmer also made it clear that the U-turn was due to “young people who have powerfully made their voices heard this past week. However, the Tories’ handling of this situation has been a complete fiasco.” [1] [2]

In remarks released by the Department for Education, Williamson said:

“We worked with Ofqual to construct the fairest possible model, but it is clear that the process of allocating grades has resulted in more significant inconsistencies than can be resolved through and appeal process.”

“We now believe it is better to offer young people and parents certainty by moving to teacher assessed grades for both A- and AS level and GCSE results. I am sorry for the distress this has caused young people and their parents, but hope this announcement will now provide the certainty and reassurance they deserve.”

Many schools and universities believed this algorithm was problematic to begin with as it was mainly based on a school’s past results and individual pupil attainment. This meant that socio-economically disadvantaged students were hit the hardest, MP Peter Kyle tweeted:

This is a ‘levelling down’ govt.

Locally, ‘U’s increased by 3x in one school and 66% of teacher assessments downgraded in another.

Suhaiymah Manzoor-Khan also went on to twitter to show her frustration with the system saying:

Working class students and disproportionately students of colour have for years have got good grades not because the system works but DESPITE it working, due to selfless teachers & dedicated communities, imho this year’s results show how the system was always intended to work… https://t.co/XaGIBlK5Zq

Worcester College at the University of Oxford said it will accept all students with offers regardless of their A-level results. Laura Ashe, the tutor for admissions at Worcester College, said it had decided to honour all UK offers this year because it is the ‘morally right thing to do.’ Similarly, the University of Buckingham earlier tweeted: “We are honouring all offers made to prospective students regardless of the A-levels they were awarded on results day.” [3] [4]

Many people went onto Twitter to discuss their outrage. Dr Dominic Pimenta tweeted: “If I had been through the same algorithm as A-levels yesterday I wouldn’t be a doctor. My wife wouldn’t be a surgeon. Let that sink in. This is a monumental failure.” [5]

If I had been through the same algorithm as A-levels yesterday I wouldn’t be a doctor.

My wife wouldn’t be a surgeon.

Let that sink in.

This is a monumental failure.

Another Twitter user Matt Day mocked the algorithm used, tweeting, “People weren’t able to drive during lockdown so I’ve written an algorithm to send speeding tickets to random drivers based on historic speeding records in their area.” [6]

Roger Taylor, Chair of Ofqual, has acknowledged that the standardised system had caused widespread anguish:

“We understand this has been a distressing time for students, who were awarded exam results last week for exams they never took. We want to now take steps to remove as much stress and uncertainty for young people as possible. After reflection, we have decided that the best way to do this is to award grades on the basis of what teachers submitted.”

Gavin Williamson, the Minister of Education, has been urged to launch an immediate review into the handling of results. [7] The Association of School and College Leaders (ASCL), said a review was urgently needed into “what went wrong” with the grading system.

The ASCL general secretary Geoff Barton said: “this degree of transparency is necessary at a time when public confidence has been badly shaken,”

More details will need to follow on the process for students who receive the grades they were initially hoping for. However, it is important to always remember that whilst you know what you want, Allāh knows what you need. Trust in the plan of your Creator and make lots of du’ā that Allāh grants you what is best for you, in shā Allāh.