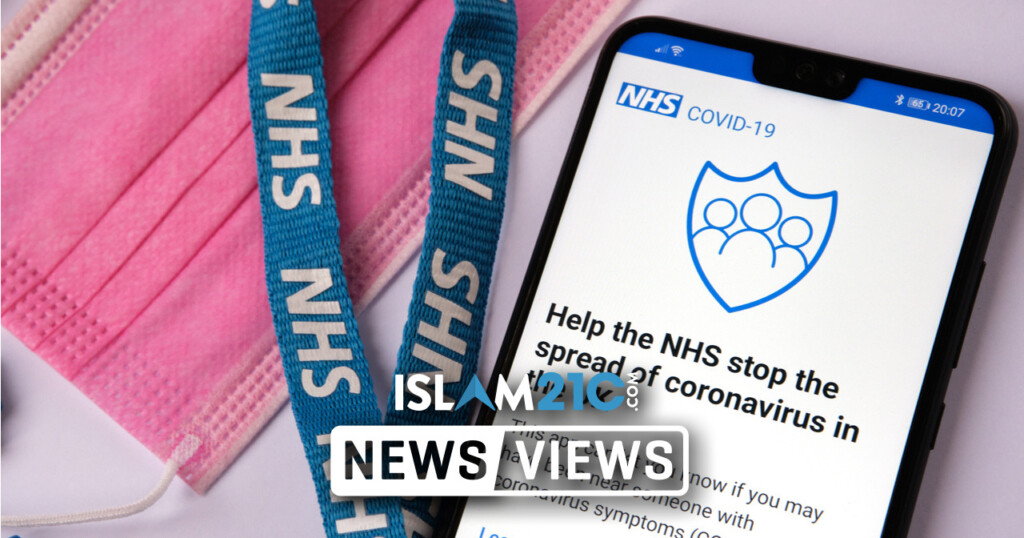 The Government is facing outrage once again for “throwing money at private firms” by the millions in what is being called “one of the greatest scandals of our time.”

The consultancy firm Boston Consulting Group (BCG) charged the Conservatives over £10 million to help with the Government’s struggling Test and Trace service.

According to documents first exposed by Sky News, [1] individual consultants working on the system are being paid £2,400 a day – around 15% more than the average nurse earns in an entire month.[2]

Senior consultants from BCG are reportedly taking home up to £7,360 every day at the expense of the taxpayer – a salary equivalent to £1.5 million a year.

On Twitter, the journalist and author Owen Jones described the revelations as “one of the greatest scandals of our time.”[3]

The £10 million fortune being paid by the Government to BCG was split between roughly 40 consultants for only four months of work. However, reports also highlight that the Department of Health and Social Care is enjoying a 10 to 15% discount from BCG in light of the pandemic.

The revelations come days after a downpour of accusations against the Conservatives for misspending taxpayer money and ‘corruption’ for handing out lucrative COVID-19 contracts to ‘friends’. [4]

Major global firms including Deloitte, PWC, and BCG have been working on the Government’s widely-criticised response to the COVID-19 pandemic, which has been described as slow, disorganised, unable to cope with demand, and ultimately costing the British people billions of pounds and thousands of lives.

BCG is being handsomely rewarded for its help in reorganising the £12bn Test and Trace service. In May this year, Prime Minister Boris Johnson promised the system would be “world-beating”,[5] yet experts say it is in no way near up to par.

Many have expressed disgust at the Government’s lavish misspending, noting that the same funds could actually make a difference in the right hands.

Liberal Democrat MP Munira Wilson said: “Just imagine how far that money would go if it was given to local authorities. They are paying these consultants the weekly equivalent of what a nurse earns in a year.”[6]

On Twitter, Labour MP Richard Burgon wrote: “The Government is paying management consultants up to £6,250 a DAY to work on the Test and Trace system.  While telling some workers to live on 2/3rds of the minimum wage if their firm is forced to shut. These funds should be going to our NHS – not management consultants.”[7]

Former Conservative MP and Health Select committee member Charlotte Leslie said: “We’ve known that we’ve had an issue with a lot of expenditure on management consultants, but I didn’t think that we’d be spending that much, with such sub optimal results.”[8]

The Shadow Health Secretary, Jonathan Ashworth, described the expenditure of the Conservatives as “staggering”, “disgraceful”, and “truly shocking”.

Ashworth called the Government’s response to the pandemic “broken”, saying: “Testing and contact tracing is failing to keep the virus under control, which makes it even more disgraceful that such huge sums of money are being spent on something that isn’t fit for purpose.”[9]

In a separate interview, Ashworth said: “The taxpayer is paying hand over fist huge amounts to these private firms, and were getting a really poor-quality return. We’ve got a testing system which fell over and the government are just throwing money at private firms who are not delivering.” 5

Ashworth reiterated Labour’s call for a “short circuit-break” lockdown to “fix the failing test and trace system and to ultimately save lives.”

In the House of Commons, Labour MP Toby Perkins said: “You won’t find dedicated public servants being paid £7,500 a day. But what you will find is a basic competence, a knowledge of their area, a desire to make sure that the systems work before they are implemented. And that is what we need right now in our system.”[10]

A spokesperson for the Department of Health and Social Care responded to the general outrage by saying: “To build the largest diagnostic network in British history, it requires us to work with both public and private sector partners with the specialist skills and experience we need.”

“Every pound spent is contributing towards our efforts to keep people safe as we ramp up testing capacity.”[11]

However, the Conservatives do not seem to be slowing down in spite of the accusations of corruption and squandering government funds.

Sky News also reported that the leaked documents showed that the Conservatives have since hired even more consultants from the private sector to work on its mass testing initiative codenamed ‘Operation Moonshot’, with around 165 consultants recruited to work on the scheme between now and November. These consultants include 84 from Deloitte, 31 from EY, and 50 from KPMG, with a further 42 openings possibly intended for more ‘friends’ of the Conservative Party.