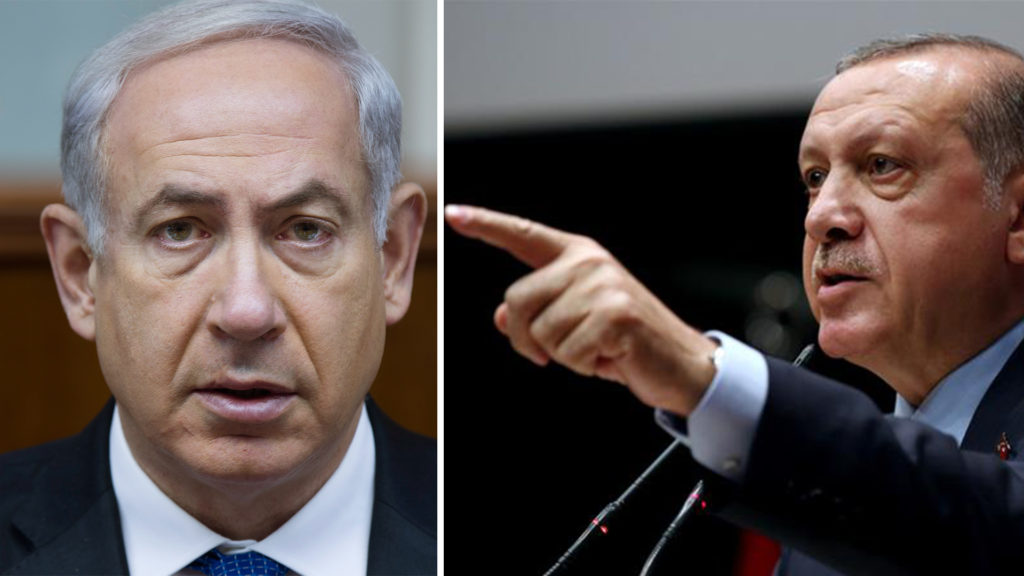 Recep Tayyip Erdogan, President of the Republic of Turkey and the term President of the Organisation of Islamic Co-operation has made a series of remarks condemning the unsubstantiated oppression on the worshippers in the 3rd sanctuary (Haram) and 1st Qibla (direction of prayer) of the Muslims – Masjid al-Aqsa – by the Zionist regime occupying the sacred lands of Palestine and he has also specified some underlying source of these problems.

Today, in an address during the AK Party’s Parliamentary group meeting in Ankara, Erdogan said: “When Israeli soldiers carelessly pollute the grounds of Al-Aqsa with their combat boots by using simple issues as a pretext and then easily spill blood there, the reason [they are able to do that] is we [Muslims] have not done enough to stake our claim over Jerusalem.” [1] He called on the Muslims to protect the sacred site and that such spilling of blood is only happening because “we don’t protect Jerusalem enough”.

In such effort it seems, a two-day conference organised by the office of the Turkish Presidency earlier in May this year aimed to trigger an initiative to reclaim the role of the Ottoman Waqf – a charitable trust that ran properties under the Ottoman Empire – in maintaining some parts of the Old Jerusalem. [2] The Jerusalem Waqf – an organisation established in 1552 by Hurrem Sultan, the wife of the Ottoman Sultan Suleiman Khan “The Magnificent” – is currently administered by Jordan. [3]

Erdogan said: “As Muslims, it is a matter of faith, not a matter of ability, to protect our holy sites. The more we protect al-Aqsa, the harder it will be for those who have their sights on it”. He further slammed the Israelis for using excessive force that, “Israel is wrong if they think that it can depend on weapons or the powers behind it” [4]

He also set a higher morale for his citizens by calling on his people “to not attack synagogues here just because of the situation in al-Aqsa” and that “this is also banned in our religion”, he lessoned the oppressors, denoting that: “We cannot respond to their bad behaviour the same way, we are different”, referring to the protection of the places of worship in the Quran. Allah Subhaanahu Wa Ta’alaa says in the Qur’an:

“And were it not that Allah checks the people, some by means of others, there would have been demolished monasteries, churches, synagogues, and mosques in which the name of Allah is much mentioned. And Allah will surely support those who support Him. Indeed, Allah is Powerful and Exalted in Might.” [5]

He further reiterated a previous request, calling on Muslims to visit Masjid al-Aqsa or at least send aid “to our brothers there” if they are not able to visit.

“Those who are able to should visit Al-Aqsa. For those who cannot visit Al-Aqsa should send aid to our brothers there.” [1]

In an earlier remark after returning from the two-day trip to the 3 gulf countries, he slammed the Israeli Government – which is boasted to be “the only democracy in the Middle East” [6] – as disregarding “the rule of law” and that it harms itself and the whole region. He added: “Equating the Muslims who come for worship with terrorists is a great eclipse of reason,” expressing his solidarity with the worshippers. And he further stated that this is against freedom of religion and that “There is no acceptable side of Netanyahu’s statements,” – referring to Israeli Premier Benjamin Netanyahu’s claims that the measures taken at the al-Aqsa compound were right. [7]