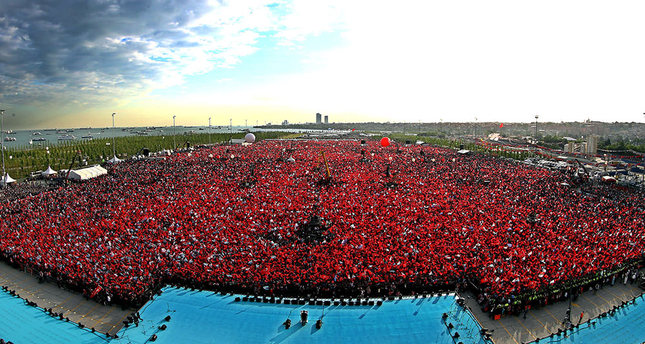 On Wednesday, Turkish parliament critically responded and condemned some Israeli statements made in reference to the Turkish President Recep Tayyip Erdogan. The Israeli Ministry of Foreign Affairs made a series of statements in response to Erdogan’s comments on Masjid Al-Aqsa. [1]

In a Tweet on the 25th of July at 11:31am, the Ministry stated on its official page:

“The statement today by Turkish President Recep Tayyip Erdoğan to his party activists is absurd, unfounded and distorted.” [2]

The Israeli Ministry’s comments come amidst remarks made by Erdogan who condemned and deeply criticised the oppression of the Palestinian worshippers by the Zionist regime and its recent actions towards the third holiest sanctuary in Islam. Erdogan called on Muslims worldwide to claim Jerusalem as their city and said:

He further went on to criticise the Israelis use of “excessive” force to dismantle the recent peaceful protests which have followed since the closure of the Mosque by occupying forces on the 14th of July.[4] A closure which resulted in Jumu’ah prayers being cancelled for the first time in 17 years and consequently resulting in world-wide outrage by millions of Muslims.

In response to Erdogan’s comments, the Israeli Foreign Ministry added that:

“The days of the Ottoman Empire have passed. Jerusalem was, is, and will always be the capital of the Jewish people.” [5]

This statement is a sharp reference to the Ottoman Empire which ruled over Jerusalem for a substantial time in history.

Taha Ozhan who is the chairman of the Foreign Affairs Committee in Turkey, responded in a statement, [6]

“The absurd, unfounded and distorted accusations of the Ministry of Foreign Affairs of Israel shows the diplomatic courtesy level of Israel,”

He further went on to say that the remarks made by the Ministry revealed,

“how this occupant state is distant to regional matters”.

In response to the remarks made with regards to the Ottomans, Turkey’s Foreign Ministry spokesman, Huseyin Muftuoglu, responded by saying,

“Israel should learn about the Ottoman era, when the members of Abrahamic religions lived together in peace in Jerusalem”.

The Israeli Ministry followed their comments in response to Erdogan by then tweeting that its government are,

“…committed to security,liberty, freedom of worship & respect for rights of all minorities”[7]

Many saw this statement as ironic, false and deceptive, seeing the Occupation’s long history of brutality. This stems from unlawful killing of Palestinian civilians, the detention of thousands and horrific torture of many more. [8] [9] The Zionist entity’s aggression has not differentiated between Palestinian rights, or those of other minorities, as well as institutionalised racism against its own African migrants. [10]