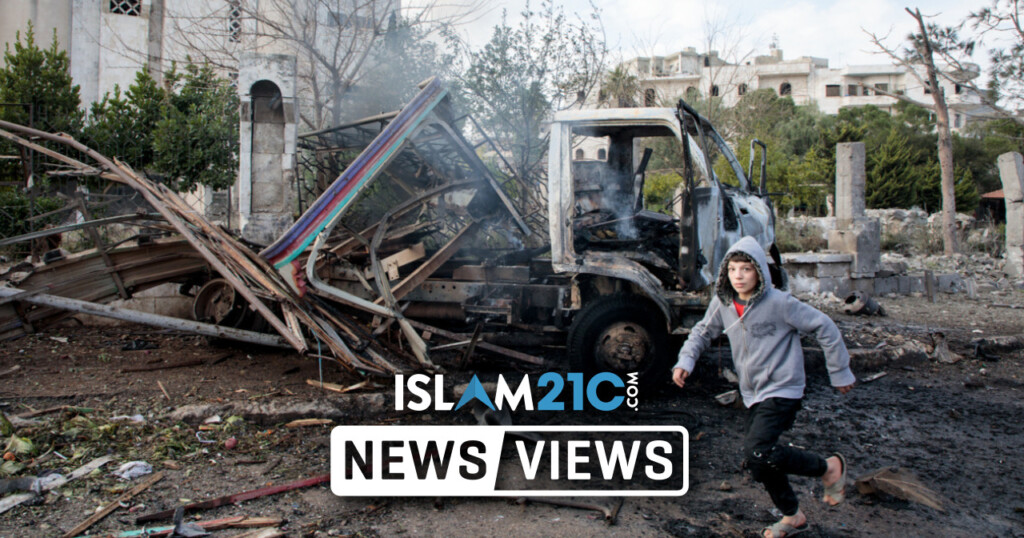 Russian airstrikes on the city of Idlib have killed dozens of Syrians.

Those killed were part of the Turkish-backed Faylaq al-Sham, one of the most powerful opposition groups in the conflict.

The attack marks one of the heaviest blows against one of the strongest remaining opposition groups.

Reports say that many others were injured or wounded in the attack, which has escalated violence in the region.

Turkey is the sole foreign nation to provide consistent support for Syrian rebel forces through military aid, arms, and training.

The military camp bombed by Russia was in Jebel al-Dweila, around six miles from the Turkish border. At the time, the site was hosting training sessions for new recruits.

Youssef Hammoud, a spokesman for the Syrian opposition, said the airstrike killed trainees as well as leaders in the camp.[1]

Reports say that journalists and campaigners in the area were not allowed near the camp. The extent of the damage was not immediately made public.

According to the UK-based Syrian Observatory for Human Rights (SOHR), at least 78 people are estimated to have been killed in the attack. SOHR also said that the bombs wounded 90 others, some of whom are in a serious condition, making it likely for the death toll to rise.

A hospital near the blast zone was overwhelmed with casualties and was forced to send casualties to other locations. A doctor on the ground said that Idlib’s central hospital, over 15 miles from the camp, had received two bodies and 11 wounded.

Rashid al-Bakr, a media activist, was among those killed, according to online news platform Macro Media Center.[2]

An Idlib-based Facebook group urged residents to check with hospitals for missing relatives, indicating that several of those killed by the Russian airstrike remain unidentified.

Naji al-Mustafa, a spokesman for the Turkish-backed fighters, called the Russian attack a “crime” and said the group would “respond to these violations.”[3]

The Russian attack on the base, which comes amidst a wave of new strikes, risks jeopardising a truce brokered and monitored by Turkey and Russia in March.[4]

On Friday, Russian airstrikes also targeted a local market in the opposition-controlled region of Jarablus, in northern Aleppo. At least seven people were killed, according to the SOHR.

The ceasefire, brokered by Turkey and now violated by Russia, halted the Syrian government’s onslaught on the Syrian people, which has displaced almost a million people.

When the secession was announced, Erdoğan warned that Turkey reserved the right to “retaliate with all its strength” in response to any attack by forces allied to Syrian President Bashar al-Assad that violated the ceasefire.[5]

Russia now risks bating a military response from Turkey and threatens to reignite bloodshed in an already war-torn and ravaged Syria.

Idlib is the last province held by opposition fighters, who have been pushed back in the nine years of civil war in Syria.